Dead to Her by Sarah Pinborough is a Fabulous, Binge-worthy Read Marriage can be murder…

“Once a cheat, always a cheat,” they say. Marcie Maddox has worked hard to get where she is after the illicit affair that started her new life a few years ago. Marcie’s affair with Jason Maddox catapulted her into the world of the elite. Old money, old ties, old secrets.

Marcie may have married into this world— but she’ll never be part of it. Her new world of country clubs, yachts and sumptuous houses in Savannah, Georgia, isn’t easy to maintain, no matter how hard she tries. Nor is keeping her husband, Jason, truly interested.

So, when Jason’s boss brings home a hot new wife from his trip to London, the young Mrs William Radford IV isn’t quite the souvenir everyone expected. Sexy, drop-dead gorgeous and black—Keisha quickly usurps Marcie’s place as the beautiful second wife. Nobody can take their eyes off Keisha. Including Marcie’s husband. And when Marcie sees the obvious, magnetic attraction between Keisha and Jason, the gloves come off. Some people would kill for the life Marcie has—what will she do to keep it? Revenge is best served cold, but in the steamy Savannah heat, blood runs so hot that it might just boil over into murder.

Dead to Her is a cracker of a read, perfect for fans of Liane Moriarty, Liv Constantine and Lisa Jewell. It’s a twisty psychological thriller about a savvy second wife who will do almost anything to come out on top.

Sarah Pinborough is the NYT bestselling author of Behind Her Eyes which will be shown as a six-part series on Netflix this year. She weaves a highly entertaining tale, that I’m certain will also end up on the screen.

The Savannah setting literally drips from the page, the humidity ever-present and adding to the tension. There is a fabulous roster of characters – old rich guys and their wives, staid Savannah society. Keisha is a particularly great character, not afraid to speak her mind. The characters are thrown into a range of parties, love triangles and topped with voodoo. Sex and secrets abound. Broader themes of racism and privilege, sexism and ageism are weaved throughout, all wrapped up in a fun and fast-paced package. You’ll fly through this novel, and want more. No doubt the release of Dead to Her will set Sarah Pinborough’s backlist on fire – it’s a moorish read.

If you’re looking for a fabulous, binge-worthy book this weekend, this is it! This World of Wealthy Southern Society Intrigued Me: Q&A with Dead To Her Author Sarah Pinborough 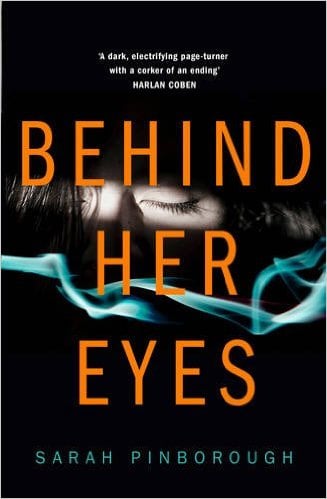 Book of the Week: Behind Her Eyes by Sarah Pinborough 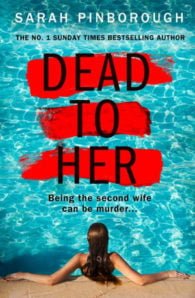 From the No.1 Sunday Times bestselling author of Behind Her EyesThere's nothing like a woman scornedSomething old… When Marcie met Jason Maddox, she couldn't believe her luck. Becoming Jason's second wife catapulted her into the elite world of high society. But underneath the polite, old money manners, she knows she'll always be an outsider, and her hard-won life hangs by a thread.Something new… Then Jason's widowed boss brings back a new wife from his trip to London. Young, beautiful, reckless – nobody can take their eyes off Keisha. Including Jason.Something you can never, ever undo… Marcie refuses to be replaced so easily. People would kill for her life of luxury. What will Marcie do to keep it?‘A marvellously compelling read' Liz Nugent‘So deliciously dark and twisted, and that setting was just perfection' Lisa Hall

Sarah Pinborough is a critically acclaimed horror, thriller and YA author. In the UK she is published by both Gollancz and Jo Fletcher Books at Quercus and by Ace, Penguin and Titan in the US. Her short stories have appeared in several anthologies and she has a horror film Cracked currently in development and another original screenplay under option. She has recently branched out into television writing and has written for New Tricks on the BBC and has an original series in development with World Productions and ITV Global.Sarah was the 2009 winner of the British Fantasy Award for Best Short Story, and has three times been short-listed for Best Novel. She has also been short-listed for a World Fantasy Award. Her novella, The Language of Dying was short-listed for the Shirley Jackson Award and won the 2010 British Fantasy Award for Best Novella. 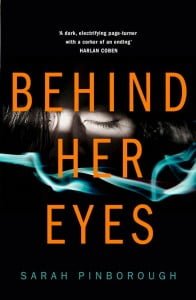 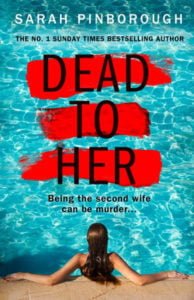