Stalwart journalist Jack McEvoy – the hero of The Poet and The Scarecrow – tracks a serial killer who has been operating completely under the radar – until now – in this thriller from #1 bestselling author Michael Connelly.

Jack McEvoy is now working for non-profit news organisation and consumer protection website Fair Warning (which actually exists – check it out). He has taken down killers before, but when Tina Portrero, a woman he had a one-night stand with is murdered in a particularly brutal way, he realises he might be facing a criminal mind unlike any he’s ever encountered. The novel opens with a visit from the police, questioning him about his whereabouts the night of the murder, and taking DNA samples. It’s here that he finds out she was murdered in a particularly unusual and gruesome way.

Jack investigates against the warnings of the police and his own editor, walking a thin line between investigation and obsession, and makes a shocking discovery, connecting the crime to other mysterious deaths across the country. Apart from all being murdered in a similar manner, the victims had all undergone DNA testing by the same company. But then Jack himself becomes a suspect, and as he races to clear his name, his findings point to a serial killer who uses personal data shared by the victims themselves to select and hunt his targets.

Michael Connelly is the megastar bestselling author of the Harry Bosch thriller series, now also on TV. There is a reason his books have sold more than seventy-four million copies worldwide, been translated into 40 languages and have won awards all over the world – because each and every time you pick up one of his books, you know he’ll deliver. And here is no different. Right from the opening page you’re propelled into a tightly plotted, polished crime novel with plenty of twists and turns you won’t see coming.

I really like Jack as the hero, he’s complex and compelling, and also the return of Rachel Walling, a former FBI profiler who helps Jack try to work out who killed these women. There are some disturbing themes here, including your data when you do DNA testing, the deep web and INCEL culture.

I stupidly picked this book up late at night. I should know better by now. Once you start, you can’t put a Michael Connelly novel down. Fair Warning is a cracking read with an ending that will leave you gasping. Seriously. It’s not just a novel – it’s a wild, full body experience that doesn’t let up until the final page. But don’t pick it up late at night unless you’re prepared for no sleep. You won’t put this one down. 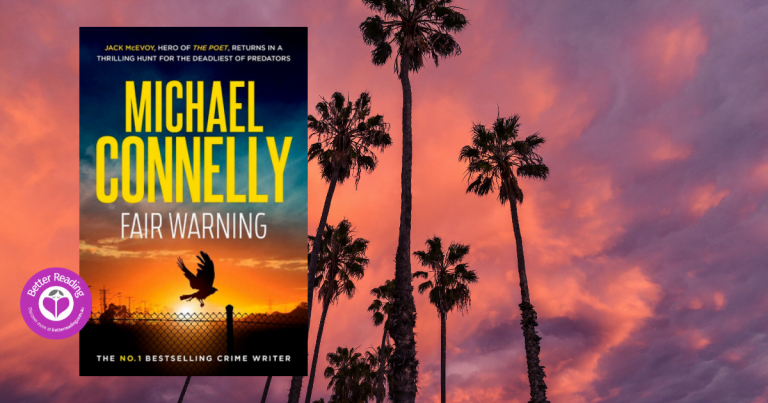 I Go Down a Lot of Rabbit Holes: Q&A with Fair Warning Author, Michael Connelly Podcast: Michael Connelly talks About his Phenomenal Career, and His Most Famous Character, Harry Bosch 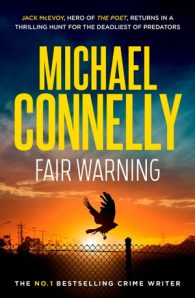 Veteran reporter Jack McEvoy has taken down killers before, but when a woman he had a one-night stand with is murdered in a particularly brutal way, McEvoy realizes he might be facing a criminal mind unlike any he's ever encountered.McEvoy investigates--against the warnings of the police and his own editor--and makes a shocking discovery that connects the crime to other mysterious deaths across the country. But his inquiry hits a snag when he himself becomes a suspect.As he races to clear his name, McEvoy's findings point to a serial killer working under the radar of law enforcement for years, and using personal data shared by the victims themselves to select and hunt his targets.Called 'the Raymond Chandler of this generation' (Associated Press), Michael Connelly once again delivers an unputdownable thriller that reveals a predator operating from the darkest corners of human nature-and one man courageous and determined enough to stand in his way.