A gripping, twisty murder mystery thriller from the No.1 bestselling author of The Hunting Party.

On an island off the windswept Irish coast, guests gather for the wedding of the year – the high-profile marriage of self-made woman Jules Keegan and television star Will Slater. The guest list is limited – especially for those who are lucky enough to stay on the island itself both in the lead up to the wedding and afterwards.

There are 13 guests who have received the invitation to die for. Literally. The wedding cake has barely been cut when one of the guests is found dead. And as a terrible storm unleashes its fury on the island, everyone is trapped.

Secrets have been revealed in the few days leading up to the wedding. Friendships have been tested; relationships have been tried. Why is Olivia looked at as ‘the crazy one’ and why did she leave university? What really happened on the buck’s night to set Charlie on edge? Why are Jules and Will getting married so soon after meeting? Who made one fatal decision?

Who isn’t leaving this wedding alive?

The Guest List is a spectacular thriller that will draw you in and keep you hooked. The wedding setting is brilliant – where tensions are already running high and people are walking the knife-edge of emotions. The more you learn about the characters, the more you are unsure of who will be killed and who is responsible. There are so many threads involved in this story that form a tangled web, however Foley straightens everything out and ties it up neatly and beautifully with a twist you won’t believe.

If you were a fan of Foley’s thriller debut The Hunting Party, you’ll definitely want to add this newest addition to your TBR as soon as possible. And if, like me, you’re a Foley newbie, you’ll be going out to get her previous book as soon as possible. Foley creates her characters, their issues and connections so deftly, that you’ll be halfway through the book before you can blink. It will grab you by the hand and take you on a secret-filled, jealousy-ridden murder mystery that you won’t want to end. Foley’s writing is brilliant, and The Guest List is sure to thrill. Lucy Foley's The Guest List is to Die For! Try a Sample Chapter Here 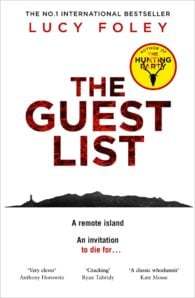 A REMOTE ISLAND. AN INVITATION TO DIE FOR.A gripping, twisty murder mystery thriller from the No.1 bestselling author of The Hunting Party.On an island off the windswept Irish coast, guests gather for the wedding of the year – the marriage of Jules Keegan and Will Slater.Old friends. Past grudges.Happy families. Hidden jealousies.Thirteen guests. One body.The wedding cake has barely been cut when one of the guests is found dead. And as a storm unleashes its fury on the island, everyone is trapped.All have a secret. All have a motive. One guest won't leave this wedding alive . . . 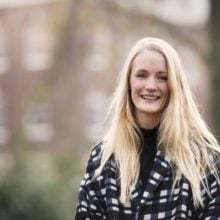 Lucy Foley studied English Literature at Durham and UCL universities and worked for several years as a fiction editor in the publishing industry, before leaving to write full-time. Lucy's debut thriller, The Hunting Party, was an instant Sunday Times and Irish Times bestseller, and was inspired by a particularly remote spot in Scotland that fired her imagination. Lucy is also the author of three historical novels, which have been translated into sixteen languages. Her journalism has appeared in ES Magazine, Sunday Times Style, Grazia and more. 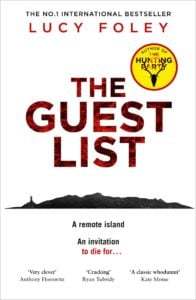