Nelson is having a tough time in a rural Australian country town, in a small-town high school. His parents are distracted keeping the family restaurant on track and his best friend has moved to another school. He is bullied relentlessly and the girl he admires has replied to his disastrous emailed date invitation with a letter. He’s confused and confounded, focussing on the negatives but still hopeful for something better.

When his parents undertake a contract at a ski lodge in a nearby alpine village, he discovers he might just be able to reinvent himself. No one knows him here, so he leaves his “loser” baggage behind and makes some surprising choices. The young staff at the ski lodge embrace Nelson as part of their group, providing him with advice and encouragement.

Nelson makes friends with two teenage girls, who visit the lodge on alternating weekends. When these friendships escalate to romance Nelson is conflicted, but desperately hangs on to both relationships and tries to navigate a path through the mess he has created.

While these emotional challenges are playing out, Nelson is training for the annual ski race. He’s never entered anything like this before, generally preferring to avoid physical pursuits. With some expert coaching from one of the friendly lodge staff, he becomes quite a confident speed skier and believes he has a chance to perform at a standard that won’t be totally embarrassing. The ski race is a pivotal scene in the novel, providing a hilarious twist to the story.

There is certainly a focus on the value of relationships across gender, age, and societal expectation. It’s not just about teenage romance: in the final chapters Nelson and his parents acknowledge they have neglected their relationship, and this is a refreshingly “knowing” scene.

Gabriel Bergmoser is a Melbourne-based playwright and author. Following the success of his previous novels, he has signed a two-book deal for this YA coming-of age-novel The True Colour of a Little White Lie and a follow-up. There will be many readers eagerly awaiting the follow-up, and I’m hopeful that the characters we have embraced in this first novel are featured.

The True Colour of a Little White Lie is currently in development as a feature film. When I read the novel, I didn’t know it was being made into a film but I could feel the “storyboard” quality of the descriptions, which I think will make this book a winner for those teens who are not necessarily voracious readers. I would recommend it for teens 12+. 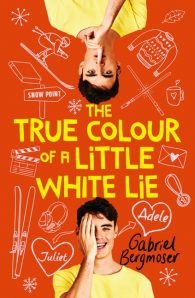 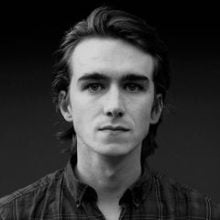 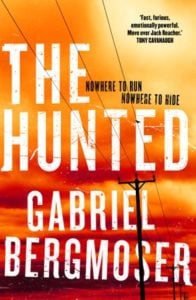 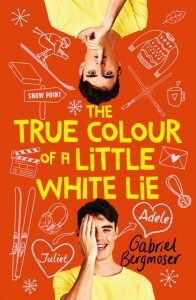 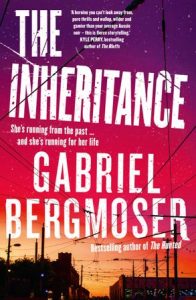