Uncomfortable, Bold and Powerful: A Review of My Dark Vanessa by Kate Elizabeth Russell An era-defining novel about the relationship between a fifteen-year-old girl and her teacher.

“All he did was fall in love with me and the world turned him into a monster.”

Vanessa Wye was fifteen-years-old when she first had sex with her English teacher. It was love, she told herself. He told her that too. He told her she was special, and different to everyone else. Vanessa didn’t want to be with boys her own age. She wanted a man.

But Vanessa is now thirty-two and in the storm of allegations against powerful men in 2017, the teacher, Jacob Strane, has just been accused of sexual abuse by another former student. A student who has contacted Vanessa to get her story, to help her feel comfortable with telling what happened to her. But Vanessa is horrified by the news, because she is quite certain that the relationship she had with Strane wasn’t abuse. She’s sure it was love.

Forced to rethink her past, to revisit everything that happened, Vanessa has to redefine the great love story of her life – her great sexual awakening – as rape. Now she must deal with the possibility that she might be a victim, and just one of many. She is still in contact with Strane, which makes the fact that she was groomed as a child even more difficult to come to terms with.

Nuanced, uncomfortable, bold and powerful, My Dark Vanessa goes straight to the heart of some of the most complex issues our age. It is not an easy story to read, but it is an important story to be told. It is gut-wrenching, mind-boggling and fills you with unease. As the author’s debut novel, My Dark Vanessa will chill you with just how real the portrayed situation is. In today’s #metoo age, it is so important for these stories to be told and for awareness to be raised.

The story is told in alternating perspectives, from Vanessa’s time as a 15-year-old, living the experiences, to now as a 32-year-old woman being encouraged to come forward and speak out against those experiences. This back and forth between the time periods gives a chilling insight into what it could be like to go through this type of ordeal and how that can affect the rest of your life. Russell has produced a terrifyingly real series of events that could have happened to anyone. An uncomfortable, but outstanding debut. My Dark Vanessa by Kate Elizabeth Russell: Your Preview Verdict 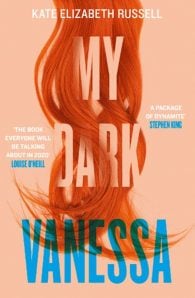 An era-defining novel about the relationship between a fifteen-year-old girl and her teacherVanessa Wye was fifteen-years-old when she first had sex with her English teacher.She is now thirty-two and the teacher, Jacob Strane, has just been accused of sexual abuse by another former student of his. Vanessa is horrified by this news, because she is quite certain that the relationship she had with Strane wasn't abuse. It was love. She's sure of that. But now, in 2017, in the midst of allegations against powerful men, she is being asked to redefine the great love story of her life – her great sexual awakening – as rape.Nuanced, uncomfortable, bold and powerful, and as riveting as it is disturbing, My Dark Vanessa goes straight to the heart of some of the most complex issues our age is grappling with. 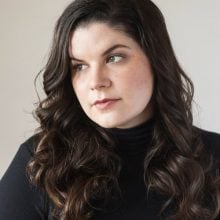 Kate Elizabeth Russell is originally from eastern Maine. She holds a PhD in creative writing from the University of Kansas and an MFA from Indiana University. Her work has appeared in Hayden's Ferry Review, Mid-American Review, and Quarterly West, among other journals, and has been nominated for a Pushcart Prize. She currently lives in Madison, Wisconsin. This is her first novel. 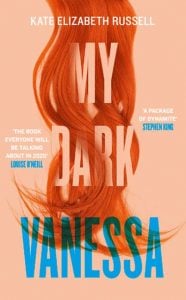