Powerful and Engrossing: Take a Sneak Peek of A Woman of Intelligence by Karin Tanabe Mother. Only one word cut through the noise of a New York afternoon. The rest of my neighbor Carrie’s monologue was lost to me as a Packard ambulance raced past us along Fifth Avenue, siren screaming and bright red gumball light flashing. On its oversize tires, the Packard looked like a white scarab beetle, slicing a path through Manhattan’s congested Upper East Side. Our view of wide and pulsating Fifth Avenue was flanked by a parade of elms now in full leaf.

When the shriek of the sirens had faded, we turned our attention back to each other, two women seated on a wooden bench at the playground near the Metropolitan Museum of Art’s Egyptian wing. Carrie, a red- headed, doe- eyed girl with a pin- up body and an al-abaster face, scrunched up her pretty features.

“Those ambulances are awfully loud, aren’t they?” she noted. “Indeed.” She glanced uptown, as if they might suddenly start rolling down Fifth Avenue by the dozen, like the tanks during the Victory Parade in ’45, nine years back.

“Is it just me or did they get louder after the war?” An Exhilarating Historical: Read our Review of A Woman of Intelligence by Karin Tanabe 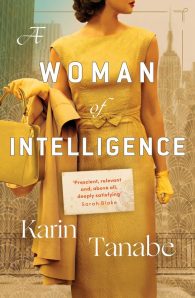 An exhilarating tale of one remarkable woman’s journey to find her purpose, and herself, in post-war America. New York, 1954. A Fifth Avenue address, parties at the Plaza, two healthy sons and the ideal husband: what looks like a perfect life for Katharina Edgeworth is anything but. As a single girl in 1940s Manhattan, Katharina was a translator at the newly formed United Nations, devoting her days to her work and the promise of world peace – and her nights to cocktails and the promise of a good time. Now the wife of a beloved pediatric surgeon and heir to a shipping fortune, Katharina is trapped in a gilded cage, desperate to escape the constraints of domesticity. So when she is approached by the FBI and asked to join their ranks as an informant, Katharina seizes the opportunity. A man from her past has become a high-level Soviet spy, but no one has been able to infiltrate his circle. Enter Katharina, the perfect woman for the job. Navigating the demands of the FBI and the secrets of the KGB, she becomes enthralled by her secret mission. But as those closest to her lose their covers, and their lives, Katharina’s secret soon threatens to ruin her. 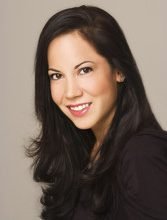 Karin Tanabe is the author of A Woman of Intelligence, The Gilded Years, The Price of Inheritance, A Hundred Suns, The Diplomat’s Daughter, and The List. A former Politico reporter, her writing has also appeared in the Miami Herald, Chicago Tribune, Newsday, and The Washington Post. She has made frequent appearances as a celebrity and politics expert on Entertainment Tonight, CNN, and The CBS Early Show. A graduate of Vassar College, Karin lives in Washington, DC. To learn more visit KarinTanabe.com. 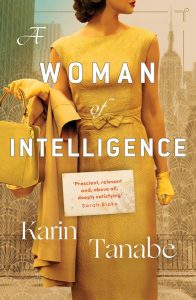 A Woman of Intelligence