Ray has no time for romance. She’s queen of the roller rink, she writes found poetry, and she’s got her eyes set on her own independent future. Besides, she’s seen what loving someone too much – and losing them – can do to a person.

Orion, on the other hand, would like to be smooth with the girls. Just once. He looks like the jock his father wants him to be, but really he’s a hopeless romantic. When he spots Ray at the rink, it feels like the stars have aligned.

But now it seems like something in their families’ past will stand in their way, and cross their stars forever…

An honest, unpredictable, funny and heartbreaking dual-POV love story to fall head over heels for.

Read some reviews of Finding Jupiter from a Secondary School book club here:

Kelis Rowe in her romance-driven novel “Finding Jupiter” captures the struggles and challenges faced by people of colour, and embarks on this journey to embrace cultural diversity. Starting off with the normality of teenage romance between two people of colour, Rowe’s novel is perfect for those who believe in incorporating more diversity into the fictional worlds while also enjoying a fascinating story. Her use of new and interesting colloquial terms makes her novel seem casual, friendly and different. Emotions hitting differently at every page turn, the book was definitely worth a read. Arsheeta, aged 17

Finding Jupiter is an engaging romance novel written by American author Kelis Rowe. This novel was very enjoyable and capturing, especially by the end. The story was great and the plot twist was completely unexpected, at which point the book was impossible to put down. It was very interesting to see the two characters get more comfortable around each other and deal with their insecurities and personal doubts. Overall, I liked this novel and I believe that it was worth reading. Petra, aged 14

Finding Jupiter was a decent novel. I liked that the novel gave the perspectives of both Ray and Orion, which allowed for more insight into the plot and the characters. It was interesting to see the contrast between the two characters; Ray’s aversion to love and Orion’s immediate infatuation with Ray. However, Ray’s reluctance to be with Orion could have been further explored, and it would have been interesting to see more of her inner turbulence surrounding love. I did like the reasoning behind her guarded nature – her family’s history, and I found the backstory that unravels at the end of the novel to be sort of unexpected. I definitely loved the idea of the found poetry and I liked the characters. Alannah, aged 15

The characters were interesting, especially Orion, in a ‘neurodiverse’ way. Essentially it’s a love story with a bit of mystery attached. I didn’t exactly guess the ending but I quite liked that the families were connected. I like a bit of serendipity. I’m a sucker for a love story and I quite liked the intensity of their feelings for one another, because that’s how it can be, especially at that age. The poetry element was a bit confusing at first, but it helped to portray the inner feelings of Ray, and I liked the portrayal of swimming as a way for Orion to contain his emotions. I think this book will appeal to readers who like a bit of romance. Robyn, Librarian

Finding Jupiter is a story of first love – a premise that I truly thought was beautiful. Along with the romance aspect of things, it weaved in ideas of growing up as a black person and familial relationships in a way that felt fluent. Rowe’s ability to explore these serious issues without jeopardizing the heartfelt nature of the book was quite astonishing. I believe Ray’s hardship is valid and so is her heightened emotion in dealing with adversity. ‘Finding Jupiter’ is a refreshing take on young high-school romance. Vishwa, aged 17

Finding Jupiter by Kelis Rowe is a YA novel featuring two teenagers who suddenly meet at a roller rink; Ray and Orion. Ray finds joy in the pages of a book where she creates her profound poetry, whilst Orion is a talented swimmer bound for Howard University. Together, their lives intertwine to create a fascinating love story. Rowe explores the ideas of love, grief and forgiveness through Ray and Orion’s experiences together, and with loved ones. Both know what it feels like to lose someone close, and Rowe perfectly depicts grieving as a teenager. Finding Jupiter is approached in a realistic sense, with Ray and Orion written as normal teenagers living in the 21st century. I highly enjoyed reading about each of the character’s flaws, and who they were as people. Ray and Orion’s relationship formed in a matter of weeks as they become strangers to suddenly partners, so I found the pacing of the novel quite quick. Milla, aged 15, VIC

I wasn’t sure what to expect from this book. Ray and Orion’s relationship formed quickly, which I guess fits in with the whole Romeo-and-Juliet-like plot. I would have loved to see Orion’s personality a bit more as he’s mostly seen just being infatuated with Ray. I did like how their pasts were intertwined and we could see their familial relationships as well as their romantic relationship. Kiska, aged 16, VIC

Finding Jupiter by Kelis Rowe is a young adult romance novel that centres around the lives of Ray, a reserved artist, and Orion, a swimmer who dreams of finding love. The book begins with them meeting while out with friends, and tells the story of their relationship, intertwined with the mending of familial relationships, and revealed truths. I particularly enjoyed the way Ray’s emotions were expressed through found poetry and art. The use of song titles added an element of connection during scenes and was a creative way for readers to relate to the characters and understand the atmosphere of specific moments. The beginning of their relationship wasn’t perfect, as there were miscommunications and confusion, but I liked the obvious flaws in each character as they made them more genuine. Ray is comfortable and open with Orion so early in the book, when she is portrayed as being closed off and cautious. Overall, Finding Jupiter was a nice read, easy to get into and had stunning plot twists. I would recommend it to fans of romance and anyone looking for a book about healing and love. Clementine, aged 15, VIC

Finding Jupiter is a book about young romance that tells the story of Ray, a reluctant girl to fall in love and Orion, a boy who falls in love with her at first sight. The characters portrayed a unique experience of them experiencing first love and working through each of their own past trauma. It’s an easy read that’s simple to follow. The characters are relatable, and feel like real people. It is a romance novel I think romance readers will enjoy. Felicia, aged 17, VIC

As a reader who is fairly foreign to romance novels, ‘Finding Jupiter’ by Kelis Rowe was quite a shift for me. It follows the story of Ray and Orion, who as a result of coincidental encounters develop a relationship- all while navigating their own family trauma and diverse social lives, as well as striving for success in their individual fields.  Rowe’s authorial tone successfully conveys these characters, allowing their personalities to flourish through variations of tone and witty language. She provides a fascinating setting flourishing with potential and I genuinely painted the story’s picture in my head with ease. Seeing the story from both Ray and Orion’s perspectives greatly assisted this. However, I found it difficult to connect to this book on a deeper level. As an extremely analytical reader, I feel like Rowe could’ve expanded more on Ray and Orion’s history, aspirations and current status rather than jumping into their romance. Altogether ‘Finding Jupiter’ is a fascinating read, my highlight being her lively character portrayal. Georgia, aged 15, VIC

I’m going to start off this book review by saying that I almost never read solely romance books. Sci-fi, fantasy, adventure, those genres have always been the ones to catch my attention. So, really, I don’t have much background to provide a solid opinion here. For one of the very few romance books I’ve read, I think that Finding Jupiter is an average book, that leans towards the good side. I really loved the portrayal of both characters, and how trauma of different forms was represented in both Ray and Orion. This story plays with a Romeo-and-Juliet-esque plot and that it was almost ‘love at first sight’. Their relationship was adorable, and I loved the different ways they perceived each other through their perspectives. The way that Orion thought about Ray and viewed her was incredibly sweet, and Ray’s hesitant yet tender view about Orion was so cute. The book mostly centred around Ray and Orion’s relationship which is understandable, but the plot only showed itself clearly at the very end of the book with some foreshadowing. The diversity in the book was fantastic. I have been getting tired of seeing the same types of characters over and over again, both physical look-alikes and blank personality slates. It was refreshing to see an all-new cast in a book, not just the same white, cisgender, straight men. It would’ve been nice to see some diversity on the sexuality and gender scale, but I’m glad that this book had a full racially diverse cast.  Madeleine, aged 16, VIC

Finding Jupiter was a fairly average book. I really enjoyed the consistent use of stars and planets as symbols throughout the book, as it really tied everything together nicely. I also liked how we were shown the perspective of both Ray and Orion, as it’s really interesting to see how each of them thinks and acts towards each other. The idea of Ray being reluctant to love because of what happened to her mother and father was also a great concept to explore as it created less shallow characters, however, I wish we got to see more of her inner turmoil. I liked that the characters were black because representation is always great. Farah, aged 15, VIC

I liked how Rowe had incorporated many people of colour characters because as someone who reads a lot of romance, it is not very common to find many. I liked how I got to watch the characters grow and learn from their previous experiences and mistakes. What I didn’t like about the book, however, was that I felt like the author was trying too hard to relate the audience and including too many references of famous people and things teenagers use today such as Instagram. In other words, reading the ‘Gen-Z humour’ had made me cringe a lot and made me want to stop reading. Overall not a bad book, I just personally would not read it again. Zahra, aged 14 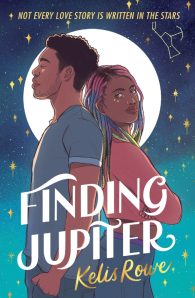 What if Romeo & Juliet took place in Memphis in 2022?Ray has no time for romance. She’s queen of the roller rink, she writes found poetry, and she’s got her eyes set on her own independent future. Besides, she’s seen what loving someone too much – and losing them – can do to a person.Orion, on the other hand, would like to be smooth with the girls. Just once. He looks like the jock his father wants him to be, but really he’s a hopeless romantic. When he spots Ray at the rink, it feels like the stars have aligned.But now it seems like something in their families’ past will stand in their way, and cross their stars forever…An honest, unpredictable, funny and heartbreaking dual-POV love story to fall head over heels for. 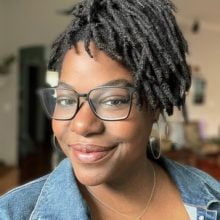 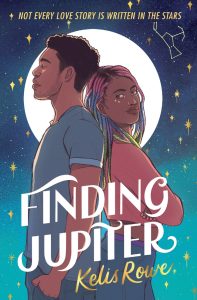