Briefly tell us about Deception Creek.

Deception Creek has a theme of going home running through it; Emma Cameron has gone home after being first on the scene of a terrible car accident ten years previous and she needed to feel safe after that. Joel Hammond has just been released from jail and is heading home too – to where he feels safe.

Coincidently, they both live in Barker. A town where Detective Dave Burrows and Senior Constable Jack Higgins are stationed.

A town that has a long memory and can hold grudges for longer. A town that becomes pitted against each other at Joel’s return.

Emma and Joel jostled against each other to be the main character and in the end, I gave them both their head, and I think they became joint main characters. Emma, I thought would be easy to write as I gave her a lot of my emotions I experienced when my marriage broke up, but she didn’t react the same way as I did and kept fighting against what I was trying to get her to do and writing her ended up being an interesting process.

What was the research process like for this book and for the character of Detective Dave Burrows?

I have a detective friend who lives in Perth who my go-to when I need help with the investigation technique, or the way cops would speak to each other and so on. He reads everything I write so I’m really lucky to have him there.

I asked him what a body would like if it had been in a shallow grave for x amount of time, and he suggested I bury a chop and dig it up a few weeks later and see what it looked like. So, I did that – having to choose a spot where my dogs wouldn’t dig it up!

Also, Emma was dabbling in the world of online dating. As a single woman, I’ve often wondered about it but never been brave enough to try. I needed to see what was behind the front page of the websites, but they don’t let you look unless you sign up with them. There were lots of hilarious conversations between my two kids and I as I tried get information about these sites; ‘Have either of you two ever been on Tinder?’ ‘Can someone help me with this part?’

When I did go to sign up to a site, I had both kids sitting alongside of me and when we reached the stage the dating site sent me a code to put in, I got scared and deleted everything and blocked the number! Suffice to say I’m not on any dating websites, and neither is Emma!

It could be something the AFP would be interested in; how to get rid of a body using lime.

Who are the biggest drug traffickers into Australia?

This is your 18th novel! Does the creative process get easier for you with each book?

No, I don’t think the writing part does. I love editing and yes, I think that’s got easier over time because I understand the process. But as for the writing, no. But I have to write every day to push the story forward – even if it’s only a couple of hundred words.

In addition to writing two novels a year you also run your own farm and founded a non-for-profit organisation, DVassist. What’s your daily writing routine like and how do you fit everything in?

Ha! Well, I’m not sure I have an answer for that. I know what I have to do and get on with it – as boring as that sounds. Heading out to the farm really grounds me and gets my creative side working. I love heading out there once or twice a week. DVassist is going well without my input now – I’ve left that to the board to guide and run, so whatever happens with the organisation from now on will be up to them. I’m the secretary for the Esperance and Districts Agricultural Society and we put on a two day show, which is fairly big process and one I really enjoy. I think as a writer the urge to stay at home in front of your computer can be overwhelming, but it’s still so important to present in life and doing the work at the show does that for me; I meet heaps of people and get to talk to even more and I really love that. 2022 sees me with three deadlines and the need for a  lot of bum glue! Dave Burrows is back: Read an Extract from Deception Creek by Fleur McDonald Loyalty, Lies and Secrets: Read Our Review of Deception Creek by Fleur McDonald 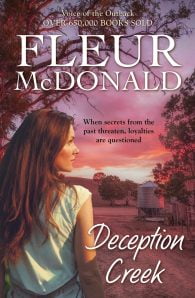 A returned criminal, a cult-like family and cybercrime all clash against the backdrop of the Flinders Ranges in this thrilling new rural suspense novel from the best-selling Voice of the Outback.

Emma Cameron, a recently divorced farmer and a local in Barker, runs Deception Creek, the farm that three generations of her family have owned before her. Every day Emma pushes herself hard on the land, hoping to make ten-year-old memories of a terrible car accident disappear. And now there are more recent nightmares of an ex-husband who refuses to understand how much the farm means to Emma.When Joel Hammond is released from jail and heads home to Barker, Detective Dave Burrows and Senior Constable Jack Higgins are on high alert. Joel has a long and sorry history with many of the townsfolk and they are not keen to see him home to stay.Not all of the Barker locals want to see Joel run out of town, though. Some even harbour doubts about Joel's conviction. The town finds itself split down the middle, families pitted against each other with devastating outcomes. 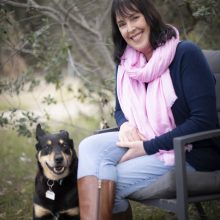 Fleur McDonald has lived and worked on farms for much of her life. After growing up in the small town of Orroroo in South Australia, she became a jillaroo before spending twenty years farming 8000 acres, east of Esperance, WA. Fleur likes to write about strong women overcoming adversity, drawing inspiration from her own experiences in rural Australia. She is the best-selling author of Red Dust, Blue Skies, Purple Roads, Silver Clouds, Crimson Dawn, Emerald Springs, Indigo Storm, Sapphire Falls, The Missing Pieces of Us, Suddenly One Summer, Fool's Gold, Where the Rivers Run, Without a Doubt, Starting From Now, Red Dirt Country, The Shearer's Wife, and Something to Hide as well as the ebook exclusives If You Were Here and A Farmer's Choice. Fleur currently lives in Esperance with her two children, an energetic kelpie and a Jack Russell terrier. 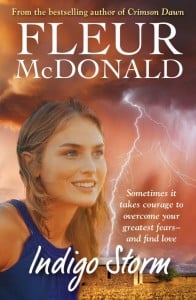 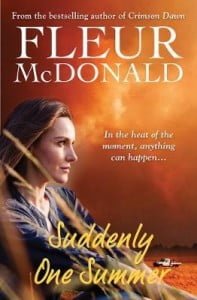 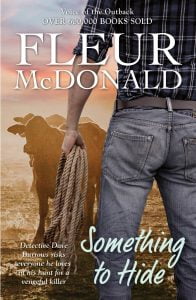 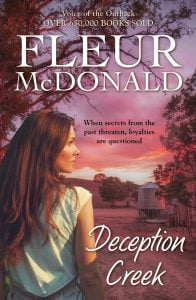