Warm, Uplifting and Hopeful: Read a Sample Extract of The Godmothers by Monica McInerney By the time Eliza Maxine Olivia Miller was eleven, she had lived in eight different country towns. Her mother liked to move a lot.

It was a hot November afternoon. Eliza and her mother Jeannie were currently living in Morwell, two hours from Melbourne. Eliza’s class was rehearsing Christmas carols for the end-of-year concert. She was thrilled to have been picked to stand near the front, holding up a tinfoil star. Tall for her age, she was usually asked to keep to the back of school groups.

After the rehearsal, her classmates talked about who’d be coming to watch their performance. Eliza just listened, still not quite part of the class. She often arrived at new schools in the middle of term, when most of the friendships were already formed.

One girl was the youngest of six, born and bred in the town. She announced that her whole family and all four grandparents were coming. They’d fill an entire row of seats. One boy had invited all nine of his cousins.

‘What about you, Eliza?’ another girl eventually asked.

‘Just my mum,’ she said, trying not to blush at the rare attention.

One of the other girls asked Eliza where her father was. Eliza told her she didn’t know.

‘But you must know,’ the girl said. ‘Everyone knows where their father is.’

Eliza went red, wishing the bell would ring, hoping the girl wouldn’t ask for her father’s name. She didn’t know that either.

‘You do actually have a father, Eliza, I promise,’ her mother had said once, smiling. ‘I’m not making him up. He just doesn’t live with us.’

‘Can I please meet him one day?’ She regularly asked that.

‘I hope so. One day.’ Her mother always gave that answer. 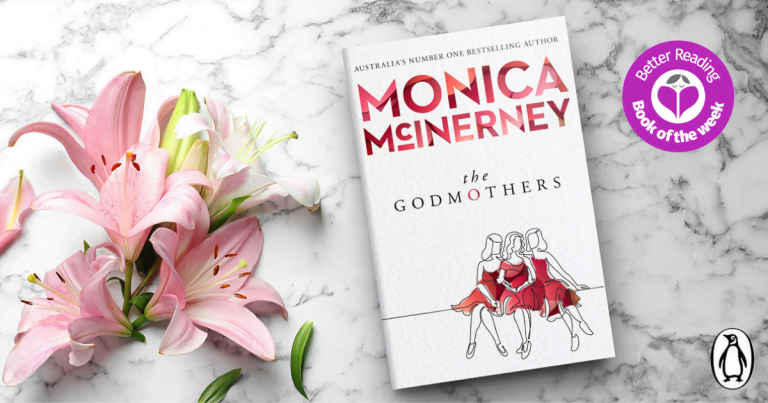 The Godmothers by Monica McInerney is the Ultimate Comfort Read The highly anticipated new family drama from one of Australia's most beloved authors.Eliza Miller grew up in Australia as the only daughter of a troubled young mother, but with the constant support of two watchful godmothers, Olivia and Maxie. Despite her tricky childhood, she always felt loved and secure. Until, just before her eighteenth birthday, a tragic event changed her life.Thirteen years on, Eliza is deliberately living as safely as possible, avoiding close relationships and devoting herself to her job. Out of the blue, an enticing invitation from one of her godmothers prompts a leap into the unknown.Within a fortnight, Eliza finds herself in the middle of a complicated family in Edinburgh. There’s no such thing as an ordinary day any more. Yet, amidst the chaos, Eliza begins to blossom. She finds herself not only hopeful about the future, but ready to explore her past, including the biggest mystery of all – who is her father?Set in Australia, Scotland, Ireland and England, The Godmothers is a great big hug of a book that will fill your heart to bursting. It is a moving and perceptive story about love, lies, hope and sorrow, about the families we are born into and the families we make for ourselves. 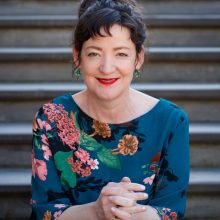