Witty, Wise and Ruefully Tender: Read an Extract of The Truth About Her by Jacqueline Maley 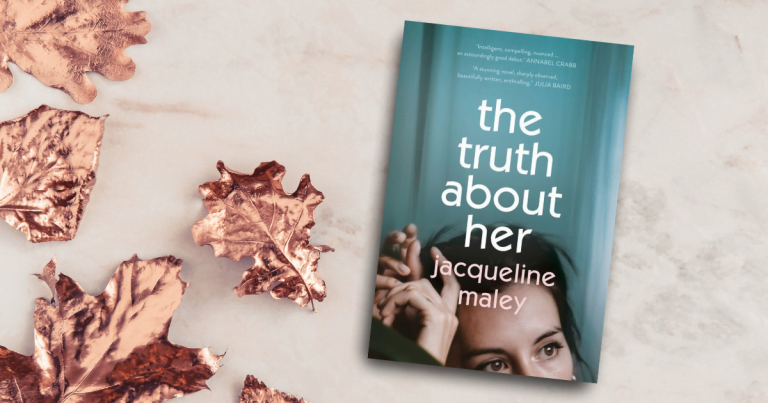 The summer after I wrote the story that killed Tracey Doran, I had just stopped sleeping with two very different men, following involvement in what some people on the internet called a ‘sex scandal’, although when it was described that way it didn’t seem like the kind of thing that happened to me.

It seemed like something that happened to the people I wrote about, who were a different sort of people altogether. That summer I was living in a tumbledown terrace in Glebe with my small daughter Maddy, who was the centre of everything.

The house was old, and it stood under the firm guardianship of a giant Moreton Bay fig which was even older than it. The fig was huge and occasionally menacing, like a cross between a giant pterodactyl and a piece of ancient fauna that belonged in the business end of a fairytale. It was always threatening to overwhelm the house, but I had other things to worry about then. The fig I lived with, the house I loved. It stood across the road from a park that was stitched into the foreshore, and it boasted harbour glimpses if you stood on the lip of the bath and threw up the sash of the window above the toilet.

I often stood on the lip of the bath, not to glimpse the harbour, but because it was the only way you could get a survey of your entire outfit, there being no full-length mirror in the house. Since moving in, I had been meaning to buy one, and fix it to the back of a door, but that had been over two years ago. There never seemed to be any time for this project, and I had become used to regarding my body in segments – face, décolletage, a pair of floating legs.

As I moved through the city for my job, every now and then I came upon myself reflected in a full-length mirror in an office bathroom or a boutique.

Here I am, I would think. There I go. It was a fresh surprise every time, this vision of my whole self… Your Preview Verdict: The Truth About Her by Jacqueline Maley 5 Quick Questions with The Truth About Her Author Jacqueline Maley Intelligent and Absorbing: Read our Review of The Truth About Her by Jacqueline Maley 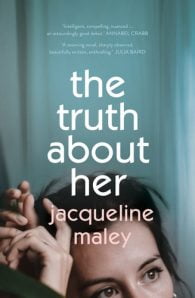 Journalist and single mother Suzy Hamilton gets a phone call one summer morning and finds out that the subject of one of her investigative exposes, 25-year-old wellness blogger Tracey Doran, has killed herself overnight. Suzy is horrified by this news but copes in the only way she knows how - through work, mothering, and carrying on with her ill-advised, tandem affairs. The consequences of her actions catch up with Suzy over the course of a sticky Sydney summer. She starts receiving anonymous vindictive letters and is pursued by Tracey's mother wanting her, as a kind of rough justice, to tell Tracey's story, but this time, the right way. A tender, absorbing, intelligent and moving exploration of guilt, shame, female anger, and, in particular, mothering, with all its trouble and treasure, The Truth About Her is mostly though a story about the nature of stories - who owns them, who gets to tell them, and why we need them. An entirely striking, stylish and contemporary novel, from a talented new writer. 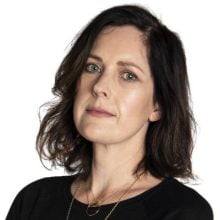 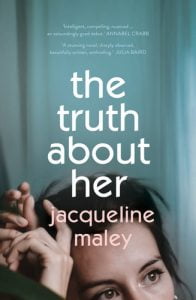 The Truth About Her