When a high-profile murder lands literally at her feet, Detective Emilia Hart sees a chance to expand her caseload beyond the endless succession of domestic violence matters she is forced to investigate. But this is no simple investigation.Another body turns up, then another. Then more - a lot more. All men, all shot, with a similar MO. It's not until a manifesto taking credit for the crimes is published by a group calling themselves Daughters of Eve that Hart confirms a link between the victims: all of them had been perpetrators themselves. All had offended against women or children. Few had been charged with those crimes - and none convicted.As panic sets in and chaos rules the streets, the police draw ever closer to the Daughters of Eve, but the serial killer continues to elude them. Again, Hart sees something that everyone else has missed. And what that is, she cannot believe.A stunning debut that will take you to the edge and dare you to look down. Your Preview Verdict: Daughters of Eve by Nina D. Campbell 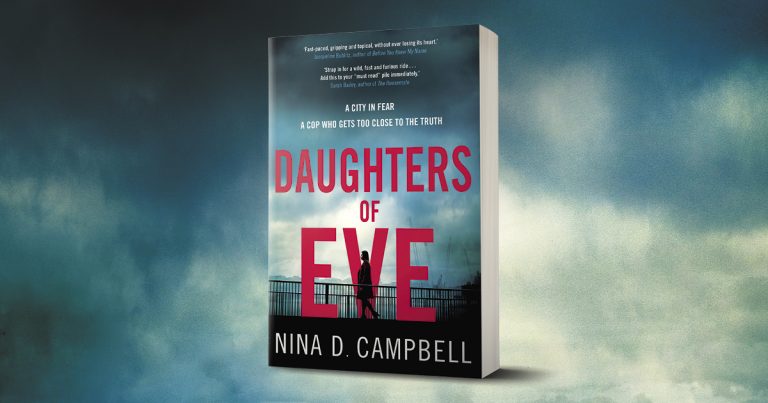 A Powerful Debut Thriller: Read Our Review of Daughters of Eve by Nina D. Campbell

Nina D. Campbell studied theatre and literature at university before stumbling into the world of work in the midst of the recession that we had to have. She cobbled together a respectable career as a professional writer, working across the community and public sectors, before a midlife health challenge changed her priorities. Nina now writes fiction full-time, with a focus on stories about strong women. Together with her partner and their spirited Jack Russell Terrier, she lives in South Australia, close to world class wine regions, sparkling beaches and other tempting delights. 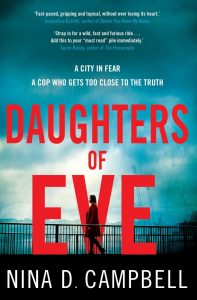