Amusing Kids When You Travel: Exciting new audio books are a great solution 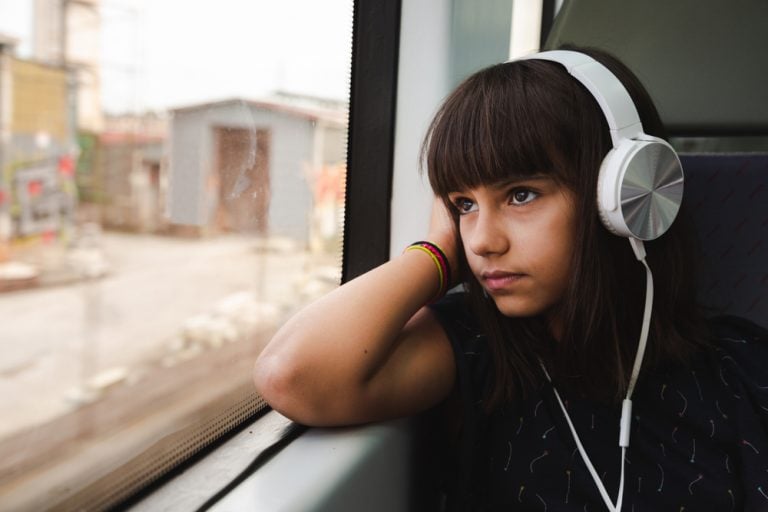 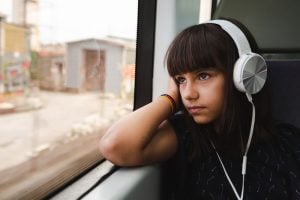 There’s still another week of school holidays to go, so if you’re heading off for the long weekend or making a last-minute scramble to get away from it all before the school year starts, then an audio book is the perfect companion for car, train, boat or plane, to entertain the kids. Why not look at these new releases to get you started?

The brand-new mystery from the author of unforgettable bestseller The Goldfish Boy.

Eleven-year-old Maxwell is always, always in trouble. Roaming the town with his beloved pet dog Monster (who he rescued as a puppy from being run over), as a way to escape his parents’ constant sniping at home, he’s a menace to the neighbours and teachers at school. While visiting an elderly neighbour, Maxwell comes across a mysterious cabinet of curiosities and suddenly finds himself erased from his life: it’s as if he’s never existed. Able to walk around anonymously might be great at first – finally, no one is yelling at him! – but he soon realises that he misses his old life and, crucially, if he had never existed, then he wouldn’t have swooped in and stopped Monster the dog from being hit by that car … Maxwell needs to find a way to reverse his erasure, with the help of his best friend Charlie and his sister Bex, who need a whole heap of persuading that this weird kid they’ve never clapped eyes on is actually super close to them in his former life …

Roger is just an ordinary boy, in an ordinary world – or so he thinks, until a grumpy dwarf warrior, Mossbelly MacFearsome, appears out of thin air and saves him from the school bully. If that isn’t incredible enough, now Moss has decided that Roger is the perfect human companion for his daring quest to defeat the dwarves’ arch-enemy Leatherhead Barnstorm and his horrifying horde of monstrous (but very polite) gorefiends. If Roger doesn’t help Moss, the world as we know it will be destroyed by ogres and dragons and the race of humans will be annihilated. If he does help, he will be late for his tea and his mum will be going mad with worry. A Highland castle, a trainee witch who knows karate and an ancient spell to be broken – by King Golmar’s braces – just what has Roger got himself into?

Getting into the Shine School for Performing Arts is a dream come true for Chloe – she’ll be taking classes in dance and drama every day, surrounded by people just as passionate as she is! But while the talented and extroverted Chloe was the star at her old school, at Shine it’s much harder to stand out. And although the other girls in her year seem nice, she finds it trickier to make real friends than she’d expected too. Chloe starts to muck around in class and finally finds herself the centre of attention – but for all the wrong reasons. And when a prank goes wrong rumours that she is about to be expelled begin to fly. Can Chloe turn things around before it’s too late?

The Restless Girls by Jessie Burton | Read by Thandie Newton

A dazzling feminist reinterpretation of the classic fairy tale, The Twelve Dancing Princesses, from the bestselling author of The Miniaturist and The Muse.

For her 12 daughters, Queen Laurelia’s death in a motor car accident is a disaster beyond losing a mother. Their father, King Alberto, cannot bear the idea of the princesses ever being in danger and decides his daughters must be kept safe at all costs. Those costs include their lessons, their possessions and, most importantly, their freedom. But the eldest, Princess Frida, will not bend to his will without a fight and she still has one possession her father can’t take: the power of her imagination. And so, with little but wits and ingenuity to rely on, Frida and her sisters begin their fight to be allowed to live.