We’re Going on an Adventure!

Whether the sun is shining or the rain is pouring, there’s nothing like a great story to take you on an epic adventure.

From fighting dragons to capturing Vikings, rescue missions to battles to save Kingdoms, curling up with an audio book this winter is a great way to keep kids entertained. 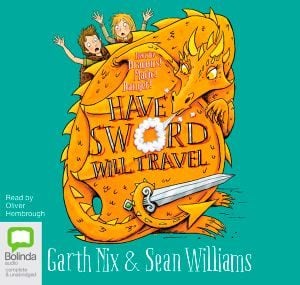 Have Sword Will Travel by Garth Nix and Sean Williams

When Odo and Eleanor stumble upon an ancient sword in a river outside their village, something very unexpected happens … the sword starts to talk! Much to Odo’s dismay he discovers that he’s awoken a famous enchanted blade called Biter, and thus has instantly become a knight. Eleanor would love to become a knight – but she’s not the one with the sword. Unearthing Biter is only the start of their troubles; soon boy, girl and sword must depart on a noble quest to save their kingdom from threats – in both human and dragon form. 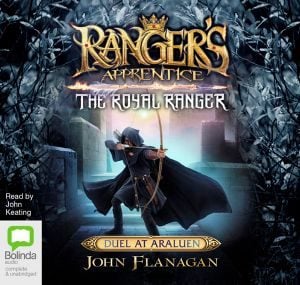 The Royal Ranger: Duel at Araluen by John Flanagan

The Royal Ranger is back and the stakes are higher than ever in the world of Ranger’s Apprentice!

Castle Araluen is well protected against attackers – but what if the enemy is already inside? King Duncan and Princess Cassandra are trapped high in the south tower of Castle Araluen. In the north, Sir Horace and Ranger Commandant Gilan are besieged in an old hill fort, as they wait for the Red Fox Clan’s next attack. Ranger’s apprentice Maddie must find the Heron brotherband and convince them to join her, so she can give her father the help he needs to break out from the hill fort and ride to confront the traitor. Will they reach Castle Araluen in time? And when the battles have been fought and the dust has settled, who will rule the Kingdom of Araluen? 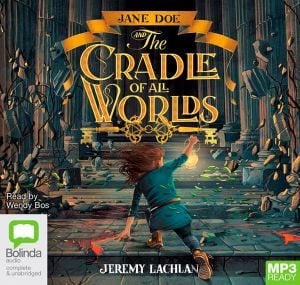 Jane Doe and the Cradle of all Worlds by Jeremy Lachlan

Step inside. Don’t look back. Forward is the only way. His Dark Materials meets Mad Max in this unforgettable blockbuster adventure about the world between worlds.

When a fierce quake strikes the remote island of Bluehaven, and her father disappears, Jane Doe is thrown headfirst into an epic quest to bring him home. But this ain’t no ordinary rescue mission. Her father is lost in a place between worlds; a dangerous labyrinth of shifting rooms, infernal booby traps and secret gateways. And Jane has to find him fast, because someone else is searching for him, too. A man who knows her father’s secrets. A man who has an army. With a pyromaniac named Violet and the enigmatic Hickory by her side, Jane is about to discover that this adventure is even bigger on the inside than it looks … This is the blockbuster adventure the worlds have been waiting for. 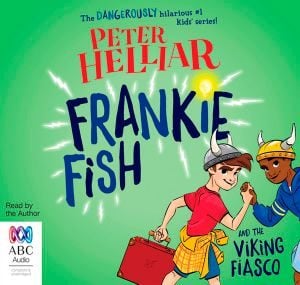 Frankie Fish and the Viking Fiasco by Peter Helliar

Just when you thought our time-travellers had everything under control, it all comes crashing down …

Best friends Frankie and Drew are desperate to win this year’s Halloween costume parade, and they know exactly what will give them the edge: authentic Viking costumes from olden-day Norway! The plan is simple: use their secret Sonic Suitcase to get in, get helmets, and get out. But they weren’t counting on accidentally bringing back a Viking called Birger with them – plus his angry brother Brynjar, who really has it in for Frankie and Drew. Can the boys round up the vikings, get them back home and win the costume parade before anyone discovers what they’ve done? From Australia’s favourite comedian Peter Helliar comes the third adventure in his hilarious and bestselling Frankie Fish series!