Holidays are the perfect time to listen to audiobooks! They can make time fly on long car trips, can entertain kids hanging around the house or they can educate the whole family.

As we head towards April, it’s time to start thinking about the Easter holidays and making sure that the kids will be kept busy! Take a look at our March Highlights from Bolinda audio to ensure you have a great selection of audiobooks for the little members of your family in the lead up to the holidays. 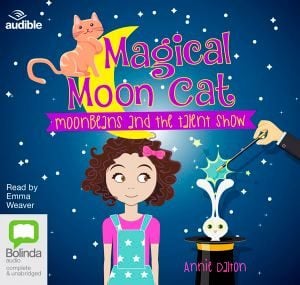 Everyone is talking about the school talent show – except Jax. She’s too busy with Moonbeans, her magical moon cat. But then she meets Hubble, the white rabbit. His owner, Howard, dreams of performing a dazzling magic act. But Howard’s show has more mishaps than magic. Can Jax and Moonbeans help Howard conjure up his hidden talent? 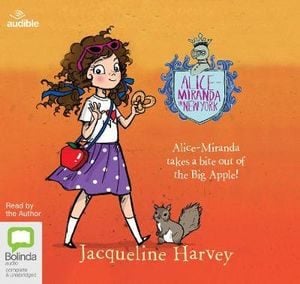 Alice-Miranda is in bustling New York City. It’s a blur of skyscrapers, hot dog carts, chats with zoo animals and classes at Mrs Kimmel’s School for Girls, right next to glorious Central Park. Her family’s glamorous department store, Highton’s on Fifth, has just been renovated, but plans for the fabulous reopening party are going curiously wrong. Is that why Alice-Miranda’s father, Hugh, seems so worried? And why is her new friend, Lucinda, so shy about inviting Alice-Miranda home? 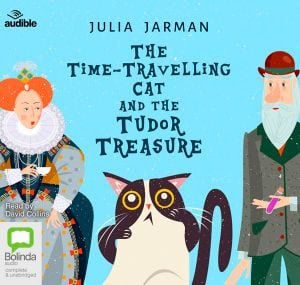 The Time-Travelling Cat and the Tudor

Ka, the time-travelling cat, has disappeared, leaving just one clue. Topher soon realises that she has gone back to Elizabethan England, and he fears that Ka is in terrible danger. Cats were tortured in Tudor England, so Topher must try to find her before it is too late. In doing so, he meets Queen Elizabeth and Doctor Dee, the court magician and astronomer, who thinks Ka can help him find the elusive Philosopher’s Stone. 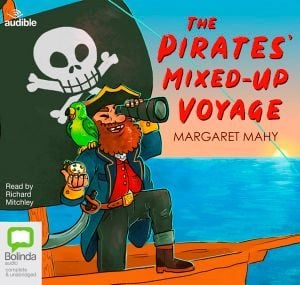 Captain Lionel Wafer and his fellow-pirates – Toad, Brace-and-Bit and Winkle – are no ordinary ruffians. Clinging to the belief that life should be simple, free and unplanned they set off in a converted teashop of a ship, renamed The Sinful Sausage, to sail backwards and forwards over the bounding blue. In no time a dastardly plan has formed in Captain Wafer’s mind to kidnap the famous inventor, Humbert Cash-Cash, from his sunshine retreat and purloin his inventions – or at the very least pinch his diamond doorknob. But they land on the wrong island, and that is where their troubles start …