One of the most beloved book series of the late ‘80s and ‘90s was by far The Baby-Sitters Club by Ann M. Martin. A staggering 180 million copies of the series have been sold to date and the books have a huge cohort of fans that range from grandparents to primary school kids, so it’s no surprise that the announcement by Netflix of a new 10-episode series based on the books, has been met with enormous excitement.

Remember Kristy Thomas, Mary Anne Spier, Claudia Kishi, Stacey McGill, and Dawn Schafer and their inspiring yet relatable stories of female friendship, entrepreneurialism and empowerment? You may have already read the wonderful stories with your children, or perhaps your primary school reader has devoured the best-selling series? Well, now you can share the stories and reminisce with your children on the small screen, too!

“I’m amazed that there are so many passionate fans of The Baby-Sitters Club after all these years, and I’m honored to continue to hear from readers – now grown, who have become writers, editors, teachers, librarians, filmmakers – who say that they see a reflection of themselves in the characters of Kristy and her friends,’ said author Ann M. Martin, adding, ‘I’m very excited about the forthcoming series on Netflix, which I hope will inspire a new generation of readers and leaders everywhere.’

This development is just another example of a great series standing the test of time with the themes explored in The Baby-Sitters Club – from dealing with divorce to experiencing your first major crush- still just as relevant today.

The Baby-Sitters Club will be brought to life by Michael De Luca Productions, Walden Media, Netflix and of course Ann M Martin where it all began. Details on when the series will go to air haven’t been released yet, but we’ll bring them to you the moment we know.

Read more about the series on Netflix here The Importance of Choice and Why You Should Keep Reading Aloud: Findings from Scholastic Australia's Inaugural Reading Report. 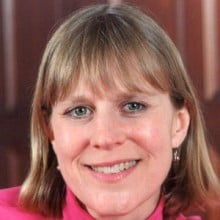 Ann Matthews Martin was born on August 12, 1955. She grew up in Princeton, New Jersey, with her parents and her younger sister, Jane. After graduating from Smith College, Ann became a teacher and then an editor of children's books. She's now a full-time writer.Ann gets the ideas for her books from many different places. Some are based on personal experiences, while others are based on childhood memories and feelings. Many are written about contemporary problems or events. All of Ann's characters, even the members of the Baby-sitters Club, are made up. But many of her characters are based on real people. Sometimes Ann names her characters after people she knows, and other times she simply chooses names that she likes.Ann has always enjoyed writing. Even before she was old enough to write, she would dictate stories to her mother to write down for her. Some of her favorite authors at that time were Lewis Carroll, P. L. Travers, Hugh Lofting, Astrid Lindgren, and Roald Dahl. They inspired her to become a writer herself.Since ending the BSC series in 2000, Ann’s writing has concentrated on single novels, many of which are set in the 1960s.After living in New York City for many years, Ann moved to the Hudson Valley in upstate New York where she now lives with her cats, Gussie, Pippin, and Simon. Her hobbies are reading, sewing, and needlework. Her favorite thing to do is to make clothes for children. 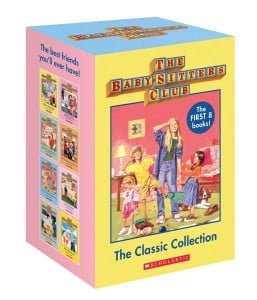 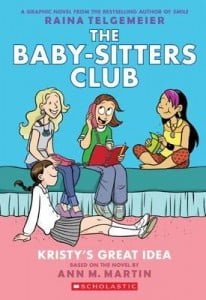 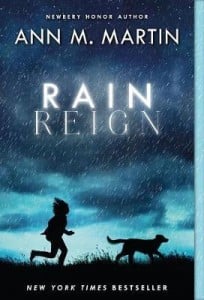