Brownies, Leprechauns and Ogres: Read an extract from The Monster Who Wasn’t A goblin helped the crone off the edge of the dais and she hobbled through the mob. The monsters shuffled aside for her, jostling and pushing and peering back at their ogre king. Thunderguts felt their curious glances on him. His people knew he didn’t normally wait to watch the new ones emerge once he had set the hatching in motion.

Crowds of monstrosities and imps huddled closer and raised eyebrows as the first of the black gems snapped and erupted. A dark boulder began hatching before all the rest, expanding as the ogres cheered. Its surface cracked and a claw burst through the top. Two ogres helped the young ogre climb out and they leaned forward to hear its first word.

Next a batch of brownies burst out of their kernels like popping corn. Pop! Crack! Knisper! Adult brownies gathered them in arms before the trolls could shove them into their mouths. At a safe distance they stopped, pushed together and laughed as the hatch lings struggled to speak.

‘Slackle,’ one said. The brownies giggled. It tried again. ‘Spackle.’ The tiny creature looked around to eager faces. ‘Sparkle.’ The brownies hoorahed and the whelp repeated the new and exciting word.

Leprechaun arrivals received approval for their cries of ‘gold’, ‘profit’, ‘coin’ and ‘commerce’. One excited cub yelled ‘business’ over and over until it vomited. The leprechauns shook its tiny hand.

‘Shall we call it Kean?’ an old leprechaun laughed. The fledgling yelled out its name – ‘Kean, Kean, Kean’ – until it vomited again.

Thunderguts’s gaze narrowed. He ignored all the hubbub and excitement, focusing on the sparkling nut. It was one of the last to hatch and the crone almost had it, but as she bent down, a newly hatched pixie grabbed it away. The bead cracked in the little imp’s hand. The pixie yelped in pain and dropped it, staring at its fingers.

The crone held back.

At first, the hatchling grew like many of the other larvae, its shape bubbling and popping. Legs snaked out, arms appeared like worms. It spread the usual pale leaves, although Thunderguts flinched to see the odd budding of straight, slim limbs.

Nearby ogres and trolls squinted at each other. Goblins shifted. Nobody knew what to expect: a puck, perhaps?

Thunderguts raised an eyebrow and smirked as the shiny nugget grew. A head formed: one ear on each side, two eyes facing forward, the nose too short (even for a puck) and a mouth filled with small, even teeth with no sign of a fang. Hair sprouted like dirty wheat from the top of its head, but not its chin. Hands burst from the stumps of arms, small and dainty.

A troll grunted its distaste.

The soft, pale thing opened its eyes, and the monsters nearest him inched back, muttering. Even the new-mades shuffled away.

‘Let’s not start imagining we can hatch our own humans, shall we?’ a green-vested leprechaun said, waving calming hands in the air.

Thunderguts grinned, drool collecting on his bottom teeth as the new creature sat up and sneezed.

The crone pushed the other new-mades aside. When she reached the creature she leaned down and kissed it on the mouth, making several brownies yuck and gag as she did so. Kissing was not normal monster behaviour.

They all heard the hiss as a long sliver of fresh air filled the new-made’s lungs. Then the crone stared at it, as if she was waiting for something.

Thunderguts’s voice carried across the space. ‘Is it … is it … all right?’ he asked.

The crone grinned, her eyes disappearing into the crimping folds of her face. ‘It’s perfect,’ she cried back.

The ogre king laughed. As enormous as the cavern was, his bilious chortle filled it. The noise startled the remaining new-mades and many cried.

‘Got nothing to do wivvus. S’not one of ours. S’get outa here,’ a goblin said. It bombed past the crone, pushing her out of the way as it snatched up a tiny goblin.

‘Let her work!’ Thunderguts bellowed, and jumped from his throne. Monsters nearest him backed away, desperate to escape the king’s flailing fist. A sprite hustled forward, seized three fresh pixies and fled with them. Other waiting packs, wanting to collect terrified hatchlings, forced themselves in, grabbing at grubs.

In the midst of all the mayhem, a brownie scuttled between the crone’s legs. It tripped her as it snatched a pair of soft- haired mewlers. Sprites and boggarts scooped up more pups.

‘Oi! Oi!’ yelled Thunderguts in growing frustration, and jumped down into the pit. ‘Get out of her way. Stop!’ He threw his stone fist around and hit an oversized leprechaun in the face. The imp flew back wards into the throne, clanging on to the chair, sending shudders through the ground.

The crone dragged herself up and reached for the strange new-made imp once more. Everyone else was trying not to touch the deformed creature, but the growing pandemonium threw it up and over piddles of pixies and a glut of shivering tommyknockers. The crone crawled towards the new-made imp, but it bumped further away. A gaggle of boggarts tripped in front of her, dragging at hairy cubs. The crone sat back on her bony bum and screamed frustration into the cavern roof.

Thunderguts’s bellows reached the crone across the chaos. ‘Hurry up and get that …’ Thunderguts could not find a word for the new imp. ‘Bring it to me. It’s mine.’ 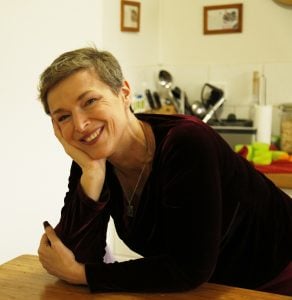 T.C. Shelley studied Creative Writing and Literature at university. She has been teaching English for over twenty years and her first school was classified as the most remote in Australia. She loves an audience and long before she took up teaching was writing and performing her poetry and short stories. She began writing novels to entertain her daughter, who wisely suggested that she try to get them published. Shelley lives with her husband, her daughter and two dogs in Perth, Western Australia. The Monster Who Wasn’t is her first novel. 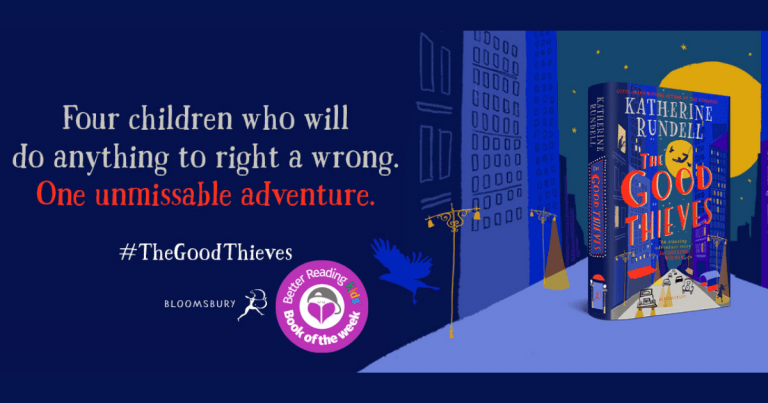 A Sparkling Whirl of a Story: Jessie Burton on why she chose to revise The Twelve Dancing Princesses Feminist Fairy Tale: Read an extract from The Restless Girls by Jessie Burton Liberating The Princesses! : Review of The Restless Girls by Jessie Burton, illustrated by Angela Barrett GIVEAWAY: Keep Busy In The Easter Holidays With This Pack From Bloomsbury! 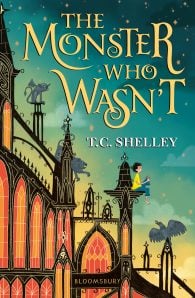 A brilliantly rich and strange fantasy adventure that will make us all believe in monsters – be they good, bad or somewhere in between. It is a well-known fact that fairies are born from a baby's first laugh. What is not as well documented is how monsters come into being …This is the story of a creature who is both strange and unique. When he hatches down in the vast underground lair where monsters dwell, he looks just like a human boy – much to the disgust of everyone watching. Even the grumpy gargoyles who adopt him and nickname him 'Imp' only want him to steal chocolate for them from the nearby shops. He's a child with feet in both worlds, and he doesn't know where he fits.But little does Imp realise that Thunderguts, king of the ogres, has a great and dangerous destiny in mind for him, and he'll stop at nothing to see it come to pass … 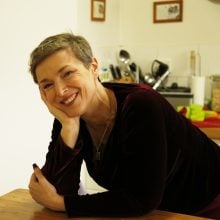 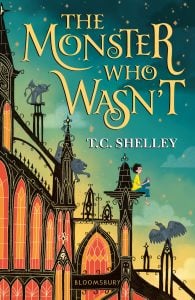 The Monster Who Wasn't