Do you believe in monsters? Read our review of The Werewolves Who Weren’t by T.C. Shelley Sam is half monster, half fairy but he loves living with his newly adopted human family and is doing his best to make friends at school and fit in. He maintains his ties with the monster world through his loyal monster pack: a trio of gargoyles who guard him with great determination and love.

At school, he encounters three weird kids who treat him with suspicion. They sense he is not human, and Sam worries they may expose him. After finding the courage to confront them he discovers that they are shapeshifters, moving between human form and dog form. The three shifters and Sam become friends and he feels more confident about his new life with these friends by his side.

When his shifter friends, their families and their kind are captured and detained by evil forces, Sam must once again engage with the monster world. And who is this strange man who claims to be Sam’s father? What does he want from Sam?

With his friends in mortal peril, Sam embarks on a rescue mission alone. The gargoyles are relentless in their determination to assist Sam, taking a high-risk route through “The Hole”, which is the underground lair of many different types of monsters and a breeding ground for monster hatchlings. Will they survive “The Hole” and be able to assist Sam?

Sam is tested personally by various evil characters. He is forced to confront both parts of his monster/fairy identity while displaying great courage and leadership. But can he save his friend’s lives… and his own?

T.C. Shelley’s debut novel, The Monster Who Wasn’t, was the first book of this trilogy. Like this second book, it is beautifully written with polish and care. The characters are fully imagined, and I look forward to meeting them again in the third book and discovering how the problems between the fairies and the monsters will be resolved.

Spoiler alert: I’m also quite keen to see where T.C. Shelley takes the new character, a freshly hatched monster (revealed in the final paragraph of this book!). Sam may be more powerful than we had thought, which will make his life much more complicated.

This series is suitable for readers 10+ (or advanced 8-year olds) and anyone who enjoys The Spiderwick Chronicles, The Uncommoners, Goosebumps series and things that go bump in the night.

It is suitable for school libraries and classroom teaching, with universal themes to explore such as loyalty, friendship, conformity, diversity, personal ethics/values and the duality of good/evil that exists in human society.

T.C. Shelley is an Australian author, residing in Perth, WA. She has been a classroom teacher for over 20 years and enjoys performing her poetry and short stories. Her inspiration for this series was to entertain her daughter. Half monster, half fairy: Read an extract from The Werewolves Who Weren't by T.C. Shelley Brownies, Leprechauns and Ogres: Read an extract from The Monster Who Wasn't 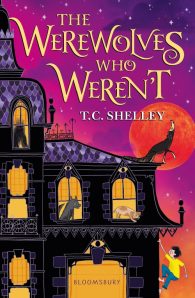 The magical follow-up to The Monster Who Wasn't. The second book in this brilliantly rich and strange fantasy series will make us all believe in monsters – be they good, bad or somewhere in between. Sam might be half-monster and half-fairy, but since finding a loving family with the Kavanaghs, his daily life has been all human. And now he's facing one of the greatest human challenges – starting secondary school. But Sam barely has time to worry about the strange stuff teachers say (why do they call it the Great War when it sounds like was anything but great?) before he is thrust back into the world of monsters. Sam's school friends Amira, Hazel and Wilfred reveal that they are shifters: noble twin-souled beings who live half their lives as humans and the other half as dogs. When his new friends are kidnapped one by one, Sam is dragged into an adventure that will force him to confront both halves of his own identity, monster and fairy, if he wants a chance at saving their lives … 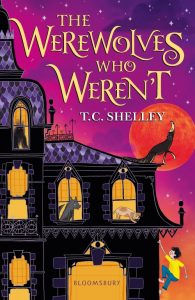 The Werewolves Who Weren't