Life is pretty grim at the Emu Swamp Children’s Home during the Great Depression. Twelve-year-old Adversity McAllister, aka Addie, longs for the day when her parents, travelling Shakespearean actors, will return for her and she can join them on the stage.

Matron Maddock runs the orphanage with an iron fist and her eyes and ears, Algernon Parris, is all too willing to carry out her bidding. Especially when it involves punishing spirited Addie.

Fortunately, she has friends in Tomas the grounds keeper and Mary the cook and seeks comfort in her friendship with Jack and cockatiel Macbeth – a gift from her parents – who has a talent for quoting Shakespeare. Addie’s performances for the other children are highly prized and her optimism and energy make her a favourite at the orphanage.

When Addie is told that her parents have drowned in a flood and that Matron is now her guardian, she begins to wonder if she will be sent off for a life of service like other older girls have been. Perhaps a long lost relative from the city will come and claim her and she can go on to perform in the theatre?

Matron however, has other plans for Addie and her talent for singing. She wants Addie to spend her days performing to adoring audiences but as an indentured servant. Addie soon discovers that her voice has in fact put her in harm’s way and quickly makes plans to run away to The Camp of Lost Children.

Once on the road she meets with adventure at every turn. Addie soon discovers that Matron’s story about her parents’ death doesn’t quite match up with other accounts she hears along the way. Her sweet disposition and optimism serve her well but when she happens upon the underhanded theatrical agent Scrimshaw, she may have met her match.

Joined by Jack and the ever-entertaining Macbeth, Addie has her taste of performing for cheering crowds at the Harbour Follies, but it comes at a cost. Can she escape from Scrimshaw and his money-making plans and what of her hopes that she may one day see her mother and father again?

Sheryl Gwyther’s Sweet Adversity is a sure-fire hit, both for parents (for its take-away messages and great charm) and for readers 10+ who will love feisty Addie and all her exciting adventures.  Those familiar with the Rocks and Sydney Harbour surrounds will also have fun recognising where the action takes place.

Aside from an entertaining, fast-paced plot, Sweet Adversity shows children the value of loyalty, of being kind to those in need and the importance of family and friends.

Purchase a copy off Sweet Adversity

Read an extract | More from the author 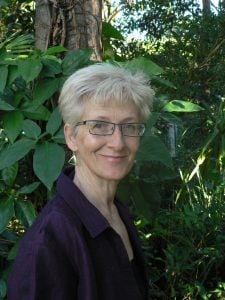 Sheryl Gwyther is an award-winning author from Brisbane, Australia. Her first children’s novel, Secrets of Eromanga was published by Lothian Books/Hachette Australia in 2006.
Her chapter books are also in many Australian schools and across the globe. Sheryl’s short stories and plays are found in Australia’s The School Magazine, Ireland’s The Looking Glass Magazine and New Zealand’s Junior Journal, and most recently, a new Chapbook of children’s flash fiction, Seven Tales.
Sheryl’s awards include two Australian Society of Authors’ Mentorships, two May Gibbs Children’s Literature Trust Fellowship Residencies; and a 2015 Work-of-Outstanding-Progress Grant from SCBWI International (the first non-American to win) for her manuscript, Sweet Adversity. 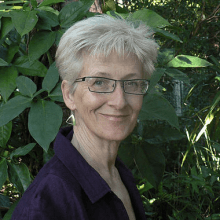 Sheryl Gwyther is an award-winning author from Brisbane, Australia. Her first children's novel, Secrets of Eromanga was published by Lothian Books/Hachette Australia in 2006.Her chapter books are also in many Australian schools and across the globe. Sheryl's short stories and plays are found in Australia's The School Magazine, Ireland's The Looking Glass Magazine and New Zealand's Junior Journal, and most recently, a new Chapbook of children's flash fiction, Seven Tales.Sheryl's awards include two Australian Society of Authors' Mentorships, two May Gibbs Children's Literature Trust Fellowship Residencies; and a 2015 Work-of-Outstanding-Progress Grant from SCBWI International (the first non-American to win) for her manuscript, Sweet Adversity. 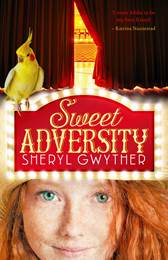