What does it take to visually re-imagine one of the most-loved stories of recent times: a story that literally millions of people have read, been enthralled by and ‘pictured’ in their own heads, and which has already been turned into one of the most successful film franchises of all time?

That’s the task that faced Jim Kay, who has created the first-ever fully illustrated edition of Harry Potter and the Philosopher’s Stone, released in Australia and around the world on 6th October.

These are exciting times for Harry Potter fans, with news of not one but two plays (two episodes of a new story, ‘Harry Potter and the Cursed Child’) opening in London in the next little while.

Principal photography has also begun on the film of Fantastic Beasts and Where to Find Them, for which J.K. Rowling has written the screenplay. The film is slated for release in November 2016 and is set in the same wizarding world as the Harry Potter books and based on the character Newt Scamander, the ‘author’ of the Hogwarts textbook of the same name.  In the film, Scamander (who will be played by Eddie Redmayne) stops in New York following his travels to find and document magical creatures.

And J.K. Rowling continues to reveal other tidbits of information about her magical world: in late September she revealed some of the backstory of Harry’s family on the website Pottermore. We learned that the family history goes back to the 12th century and Linfred of Stinchcombe, who made his fortune originating potions such as Skele-gro and Pepperup Potion; and Harry’s great-grandfather was a member of the Wizengamot.

So, what of Kay’s huge task? He has said that:

“To be given the opportunity to design the characters, the clothing,
the architecture and landscapes to possibly the most expansive fantasy world in children’s literature,
well let’s just say I’m extremely excited about it,”

But he has actually found the task “extraordinarily difficult”. He told The Bookseller:

“It was not so much the act of doing it but the pressure.
Every time I sat in front of a blank piece of paper I felt hand-shaking pressure!”

He was boosted by receiving an encouraging letter from J.K. Rowling: “It was the nicest letter I’ve ever had. It took me six months to get up the courage to write back.”

Among the most difficult illustrations were the children in the books: one pencil line in the wrong place could “age them 10 years”, so Kay modelled his pictures on real children. Harry himself was based on a boy Kay spotted on the Tube: “I asked his mum if I could draw him and gave her my card. I got half an hour of photographing him­—but I couldn’t tell him he was going to be Harry Potter.” (‘Real-life’ Ron was the son of a school librarian, and Draco was recommended by the teaching staff of a local school.)

Given the complexity of Rowling’s world, every image had to be cross-referenced against all the novels and related books. For example, the anatomy of a troll had to be checked against the description of that species of troll in Fantastic Beasts and Where to Find Them.

The illustrations have been created using mostly watercolour and pencil, with some oils and acrylics. Kay has made plasticine models to check how some of the magical creatures should look, and make sure everything within Hogwarts is in the right place and oriented correctly. You can view a short film about his model-making via the Bloomsbury Facebook page.

There are fascinating details hidden in many of the illustrations. If you’re lucky enough to have a copy of the book, see if you can spot some of these:

– A shop called ‘Tut’s Nuts’ on p63 (it’s a joke from Kay’s days working at Kew Gardens. Some seeds from the tomb of Tutankhamun were part of the collection and affectionately known as ‘Tut’s Nuts’.)

– A sprig of dried honesty with a praying mantis on a branch in the portrait of Dumbledore on p84 (it indicates that there was more to Dumbledore than just being an honest man).

Kay has also been commissioned to illustrate the remaining six volumes of the series, which the publishers hope to release at the rate of one per year.  Kay says there will be more varied pictures in the second book: “In the first book there are lots of portraits and people standing still. I had to set the scene so it is more static. Book two will be more dynamic.”

Jim Kay revealed more about the process of creating the book in a new interview given to celebrate publication of the illustrated edition. How did Richard Scarry, Lord of the Rings and Hans Holbein influence him? And what special animal has Kay hidden in one illustration? Read the full Jim Kay interview here.

Story updated 6th October 2015 to include new ‘fascinating facts’ provided by Bloomsbury Publishing, and in April 2016 to include the cover for Chamber of Secrets!

Which is your favourite Harry Potter image or scene? And are you now sharing Harry Potter with the ‘next generation’ of kids? Please tell us in comments below.

And if you like this story, please consider sharing it using the social buttons. 7 Great Reasons To Read With Your Kids 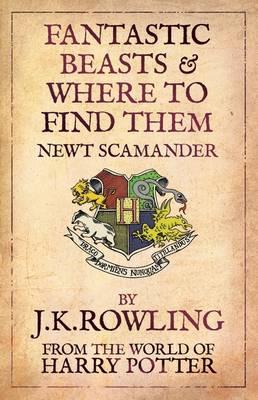 Watch the new trailer for J.K Rowling's Fantastic Beasts and Where to Find Them! 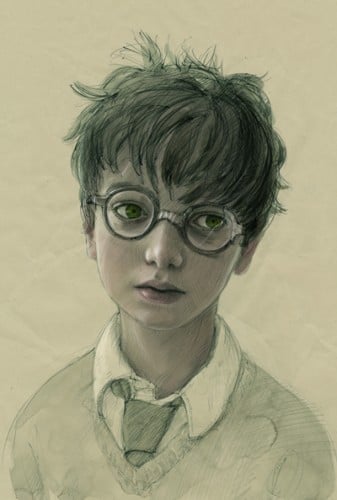 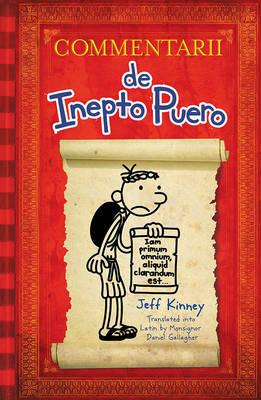 A Wimpy Kid in Latin? Imagine that!