Origin Story: Get to know the author of Rebel Gods, Will Kostakis When aspiring writers ask for my origin story, I start by telling them about my mum.

At the end of my parents’ marriage, our house was a half-renovated shell. There were gaps in the floor and the ceiling was a mess of wiring. The kitchen was a leaky fridge, and a sink propped up by a plank of wood. Mum worked hard to keep her three sons in school and to renovate and furnish that house. One night, she collapsed climbing the stairs to her bedroom, and instead of working less, she sent us to live with our grandmother so that we wouldn’t see the toll it took on her.

We saw. I saw. A writer since before I could remember, I wrote late into the night. I was convinced that if I wrote a book, it would earn a whopping advance and mean Mum didn’t have to work as hard. I was twelve when I started submitting books to publishers, and seventeen when one finally said yes.

I achieved my dream at seventeen, but the truth is, my first novel Loathing Lola didn’t earn me that whopping advance, and if it had, that advance would have come too late. Mum had achieved what she’d sought to, the house was renovated and furnished, but her sons were grown, and she’d missed a lot of it.

We seek out origin stories because they provide a roadmap to achieving our dreams, and an assurance that it’s even possible. But an origin story that ends at a dream achieved is an incomplete one. For instance, mine reveals how I got my foot in the door, but it does nothing to reveal how I became the author I am today, and how I found my audience.

After Loathing Lola came years in the wilderness, grappling with its underperformance, wondering why it hadn’t transformed my life as much as I had dreamt it would. I spent years wrestling with my next book, and convinced my next book could be my last, I decided to filter my own life through fiction. The First Third was me preserving my small but potent Greek family on the page. I thought it was a personal story that wouldn’t connect with anyone who wasn’t me, but upon its release, readers saw their own families in the fictionalised version of mine.

It taught me the power of telling the truth through my stories. And it’s something I have strived to do ever since, even when writing genre fiction.

My first foray into fantasy writing, Monuments, saw three teenagers skipping school to find the ancient gods buried under different Sydney high schools. I was a daydreamer as a teenager, head pressed against the windows of trains, imagining sprawling fantasy adventures playing out over the rooftops of my hometown. But even as an avid fantasy reader, I rarely saw my city reflected in those stories, and teens like me – gay Greek Australians – were never the hero. Thankfully, the attitudes of the industry and the world had shifted so much in the fifteen years since I daydreamed, that I could write fill that absence in Monuments.

After two novels where characters wrestled with and came to terms with aspects of their sexuality (Lucas in The First Third and Ryan in The Sidekicks), I wrote a novel that bypassed the trauma of coming out. In Monuments, Connor is embraced as he is and he thrives. And while I can’t go back and thrust the book into the hands of a twelve-year-old me who’s worried he’s different, the book is finding the young adults who might need reassuring the gay experience isn’t all pain, fear and isolation. The hope is, that it’s a small but important part of their origin story.

With my latest novel, Rebel Gods, I was fortunate enough to return to that fantastical Sydney, this time writing about Connor and his friends squaring off against the gods of love and fear. Through that story, I was able to reflect on my evolving relationship with my mum as I took my bold first steps into adulthood.

While I still haven’t hit the dizzyingly unrealistic career peaks I imagined for myself as a teenager, I’m content. I’m fortunate for every story I get to tell, and fortunate for the lessons I learn from each of them. To aspiring writers, I say, don’t distract yourselves with origin stories about publishers and book deals – put pen to paper, or fingers to keys, and start with the truth. Tell it, and the rest will happen. Check out an extract from the conclusion to the Monuments series, Rebel Gods by Will Kostakis Action-packed YA fiction: Read a review of Rebel Gods by Will Kostakis 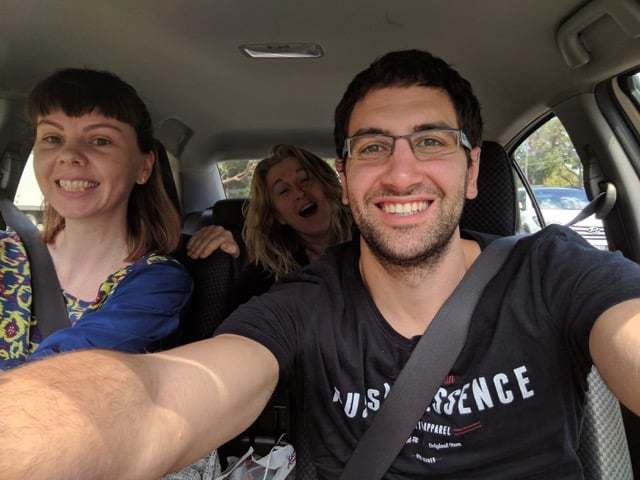 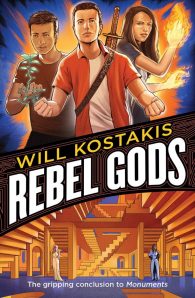 Newbie gods Connor, Sally and Locky want to change the world - no biggie. But they're soon drawn into a centuries-old conflict that just might destroy the world they're striving to make better. Book 2 in the Monuments fantasy duology from YA superstar, Will Kostakis.With the Monuments gone, newbie gods Connor, Sally and Locky must stop the rebel gods from reducing the world to ruin. Trouble is, they don't know how.While Sally searches for answers and Locky makes plans to change the world, Connor struggles to keep up appearances as an ordinary teenager. But when a rebel god offers them a deal to end the chaos, their lives are turned upside down and they're forced to reckon with the question: who should decide the fate of the world?Rebel Gods is the is the gripping conclusion to Monuments, a Children's Book Council of Australia Notable Book 2019, from YA superstar, Will Kostakis. It's a heartfelt look at family, friendship and the parallel lives we lead.