The monster within: Review of Whisper by Lynette Noni 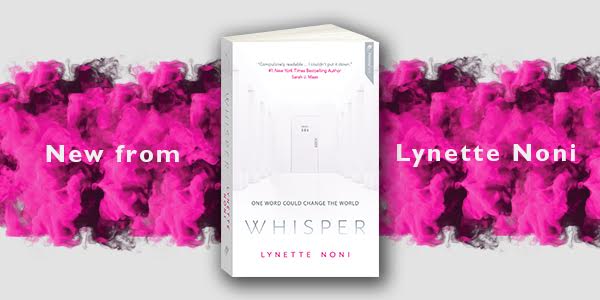 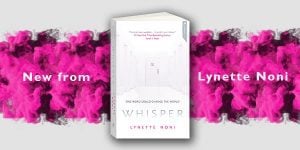 Jane Doe or Subject Six-Eight-Four, hasn’t spoken a word since she entered Lengard, a secret government facility for people with special abilities.

After enduring a gruelling daily regime of psychological assessments, physical training sessions and thinly veiled torture, Jane can barely remember what life was like before she entered Lengard two and a half years ago.

Despite this, she is acutely aware of the crime she committed that led her to this place and remains silent from fear that her words will cause further harm. She doesn’t want to be responsible for more death.

However, if Jane doesn’t start to show her value and commit to the mysterious Lengard ‘program’ her days are numbered.

When she is assigned a new evaluator, who finally shows some kindness and understanding, things begin to change. Does Jane have special abilities, and can she control them? Or, is she a monster?

Ward believes in Jane and takes her under his wing, where she starts to remember what a normal life was like – a warm bed, tasty food, friends and freedom. When she is finally allowed out into the world, again she inadvertently reveals that she does indeed have great powers, but her instinct is to save lives rather than destroy.

Things start to get complicated soon after Jane commits to the program. She is welcomed with open arms by the other participants and enjoys their company, but all is not as it seems. When she is approached by a breakaway group, Jane starts to understand that she has to deal with her past and find answers about how she came to have these powers. It is essential that she starts to take action in order to save a lot more than herself…

Recommended for 14 +, Whisper is a fast-paced riveting read that any reluctant teen reader would be tempted by. There are lots of twists and turns in Jane’s journey of self-acceptance and search for freedom and as this is the first of a series, there is so much more to come.

Australian author, Lynette Noni’s book is part fantasy, part romance with a whole lot of girl power thrown in. Noni’s previous books have been described as a mix of X-Men, Harry Potter and Narnia so she’s in good company.

Purchase a copy of Whisper here 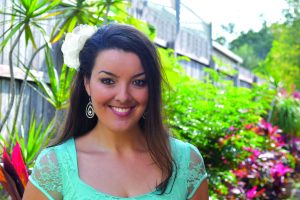 Lynette Noni grew up on a farm in outback Australia until she moved to the beautiful Sunshine Coast and swapped her mud-stained boots for sand-splashed flip-flops. She has always been an avid reader and most of her childhood was spent lost in daydreams of far-off places and magical worlds. She was devastated when her Hogwarts letter didn’t arrive, but she consoled herself by looking inside every wardrobe she could find, and she’s still determined to find her way to Narnia one day. While waiting for that to happen, she creates her own fantasy worlds and enjoys spending time with characters she meets along the way.