Amelia Chamelia is just like any other year three child at Ferntree Grove Primary. She has a brother Oliver and sister Clare, lots of time for her friends especially her best friend Willow, and a dog called Percy, and most of her time is spent on fun activities, parties and games.

However, there is one thing about Amelia that is special, very special. When she gets angry, when someone does the wrong thing or something is unfair, some very curious things starts to happen– first a tingling, then once she starts to feel cold, her secret power takes hold and what comes next can only be a thrilling adventure!

The first book in the series, Amelia Chamelia and the Birthday Party, introduces little readers to Amelia’s world and her secret power that emerges on her eighth birthday. There is a lot of excitement around planning the perfect party but when her mum insists that Amelia’s naughty cousins come along and there is a mishap with her invitations, trouble starts to brew. Can Amelia make sure that her party is the perfect day with friends that she hoped it would be?

The second book in the series, Amelia Chamelia and the Gelato Surprise will also be available in bookshops this month and it is an equally delightful, magical tale.

Amelia has started learning Italian at school and to celebrate Italian culture and as a reward for the students, a Gelato Day has been planned. Everyone is very excited about the prospect of eating delicious Gelato, but Principal Howe has made it clear that if there is any hint of bad behaviour the special day will be cancelled.

When someone starts graffitiing around the school, the outlook is grim and Gelato day is in the balance. Could it be the new boy Harry Truffle, who doesn’t seem to want to play with anyone? Maybe Amelia can use her secret power to find out who the graffiti bandit is and save Gelato Day?

Filled with cute illustrations, a vibrant plot and colourful characters, your little readers will be enamoured of Amelia’s keen sense of justice and charm. Most suited to 5+ readers who love Billy B Brown and Hey Jack. 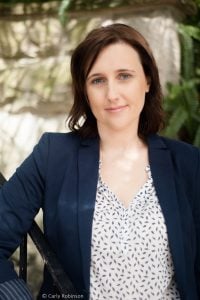 Ever since she learnt to hold a pen, Laura Sieveking has loved creating stories. She remembers hiding in her room as a six-year-old, writing a series of books about an unlikely friendship between a princess and a bear.

As an adult, Laura has spent the vast majority of her career working in publishing as an editor. After several years, she decided to put down her red pen and open up her laptop to create books of her own.

Laura’s books revolve around all the things she loved as a child – friendships, sport and a little bit of magic. Her series include The Royal Academy of Sport for Girlsand Amelia Chamelia.

Laura lives in Sydney with her husband and two children. 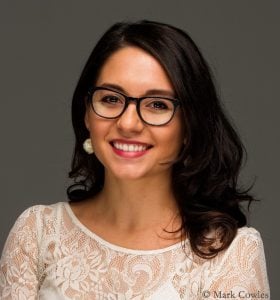 Alyssa is a born and bred New Yorker living in Tasmania. She studied illustration and animation at the Fashion Institute of Technology for undergraduate and graduate courses. As an illustrator and art teacher for students aged 5-75+, Alyssa strives to put the KA-POW into stories and learning. Her illustrations can be found in magazines and books including the Lucia The Luchadoraseries and fabulous Amelia Chamelia series. Alyssa currently resides in stunning Hobart where adventures await each day. 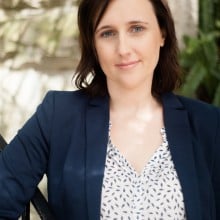 Ever since she learnt to hold a pen, Laura Sieveking has loved creating stories. She remembers hiding in her room as a six-year-old, writing a series of books about an unlikely friendship between a princess and a bear.As an adult, Laura has spent the vast majority of her career working in publishing as an editor. After several years, she decided to put down her red pen and open up her laptop to create a series of her own.The Academy series is a combination of all Laura's favourite things – writing, friendship and sport, and take her back to her happy childhood memories of gymnastics training and competition.Laura lives in Sydney with her husband and two children. 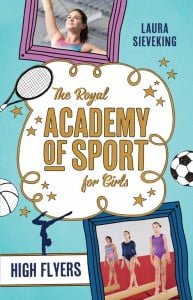 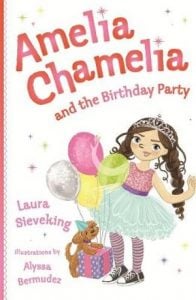 Amelia Chamelia and the Birthday Party 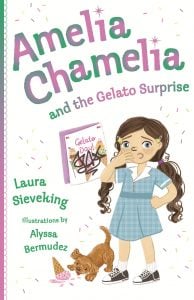 Amelia Chamelia and the Gelato Surprise by Laura Sieveking, illustrated by Alyssa Bermudez 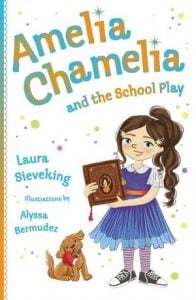 Amelia Chamelia and the School Play 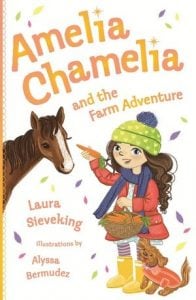 Amelia Chamelia and the Farm Adventure