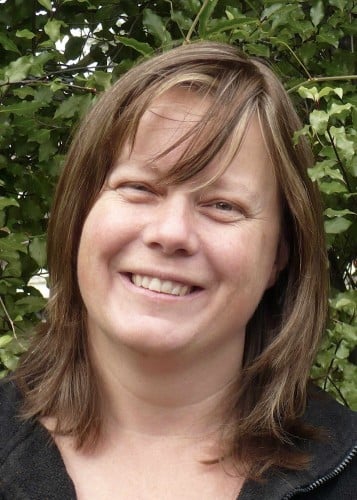 Judith Rossell is the inspirational author and illustrator behind the popular children’s book Withering-by-Sea (an Honour Book in the 2015 CBCA Awards). She talked to Better Reading Kids about where she works, the books that inspired her as a child, and the role of illustrations in children’s books.

BR: Your novel Withering-by-Sea has so many fans, and was voted the Indie Children’s Book of the Year by independent booksellers, as well as being an Honour Book in the Children’s Book Council of Australia Awards. Tell us about the inspiration behind it.

JR: I’ve always loved Victoriana, and writers like Wilkie Collins, Rudyard Kipling and Arthur Conan Doyle. I wanted to write a scary, funny adventure story for children, set in Victorian England. Stella Montgomery lives at the Hotel Majestic with her three dreadful Aunts. One day she is hiding in the conservatory, reading her beloved atlas, and she sees something she shouldn’t have, and is plunged into an adventure.

BR: What do you hope children get from reading Withering-by-Sea?

BR: You’re an illustrator as well as a writer. In what ways do you think illustration supports children’s literacy and creativity?

JR: Illustrations can help children figure out the meaning of what they are reading, and they make a page of text look more attractive and less daunting. For children who are learning to read, it might be the illustrations that draw them into the story, and encourage them to persevere with it. In Withering-by-Sea, the illustrations help develop the slightly dark, gothic atmosphere of the story. In Victorian times, many books, including those written for adults, were illustrated. I think it would be great if more books were illustrated today!

BR: What were some of your favourite books as a child?

JR: I grew up in the 70s, and read a lot of Enid Blyton and Roald Dahl. I particularly loved Charlie and the Chocolate Factory. I also loved The Lion the Witch and the Wardrobe. Another book I read heaps of times was Ajax the Warrior, by Mary Elwyn Pratchett. It was about a girl growing up in outback Queensland, on a farm with lots of animals, including her fabulous dog Ajax, who saved her from all kinds of dangers, a flood, a fire, a landslide and from some hungry circus wolves. It was very exciting.

BR: Where do you do your writing and illustrating?

JR: I work from home, in a spare bedroom at the front of my house. I have my desk set up near the window so I can look out at the street.

BR: What’s next in terms of books from you?

JR: There’s the sequel to Withering-by-Sea. Stella is sent away by her Aunts to a house in the country. It’s a mansion that’s been empty for ten years, in the middle of an overgrown garden and a wood. And there’s something lurking in the wood…

An earlier version of this interview quoted Judith as ‘working on’ her next book – well, now it’s finished! Click here to learn more about the second book starring Stella Montgomery, Wormwood Mire. 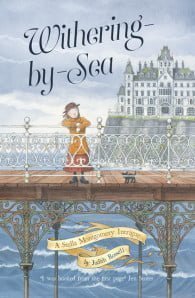 High on a cliff above the gloomy coastal town of Withering-by-Sea stands the Hotel Majestic. Inside the walls of the damp, dull hotel, eleven-year-old orphan Stella Montgomery leads a miserable life with her three dreadful Aunts.But one night, Stella sees something she shouldn't have ... Something that will set in motion an adventure more terrifying and more wonderful than she could ever have hoped for ...From hugely talented Australian writer-illustrator Judith Rossell comes a thrilling and gripping Victorian fantasy-adventure, the first in an extraordinarily exciting new series.