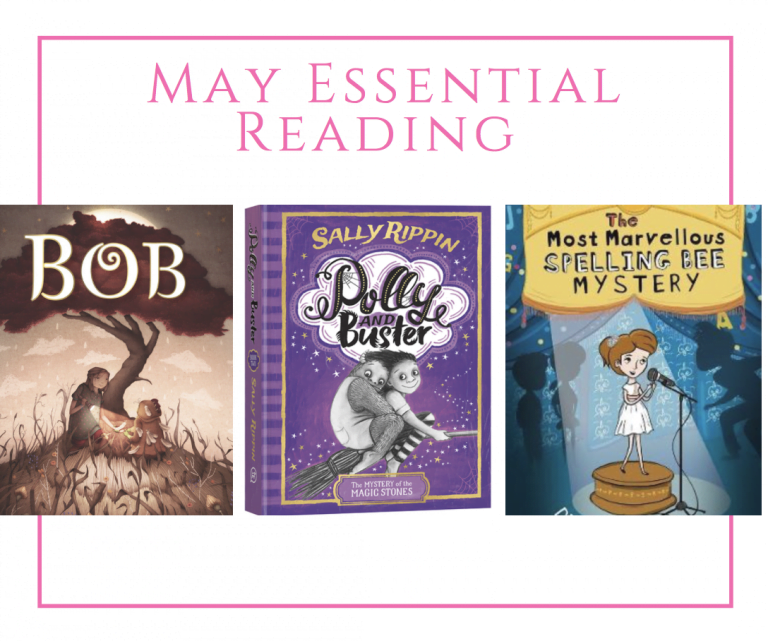 A new superhero and two new series, kids are spoilt for choice this month. These are our top picks.

Iguana Boy Saves the World with a Triple Cheese Pizza by James Bishop
One boy. One disappointing superpower. Can Dylan tame a bunch of hyper iguanas and come up with a masterful plan to save the world? Yeah, probably … but he’s going to need a massive cheese pizza. Perfect for fans of Tom Gates, Future Ratboy and My Brother is a Superhero.

Bab Sharkey and the Animal Mummies: The Weird Beard
by Andrew Hansen and Jessica Roberts
When twelve-year-old Bab Sharkey finds a magical beard in the Egyptian desert, it attaches itself to his face, making him the Pharaoh and granting him strange powers. Bab also finds the friends he’s always needed: a pair of undead animals wrapped in bandages called Scaler the Fish Mummy and Prong the Ibis Mummy. But the previous owner of the Beard, the ancient and evil sorceress the Unpharaoh, is determined to get it back. Can Bab and his new Animal Mummy friends banish the Unpharaoh back to the Afterworld?

Bob by Rebecca Stead and Wendy Mass
Livy can’t remember her first visit to her grandmother’s house in Australia, but she does seem to recall a ‘wrong chicken’ and bumping down the stairs. She definitely doesn’t remember the strange little creature she finds in the wardrobe. His name is Bob and he doesn’t know what he’s doing there, but he’s been waiting for Livy to come back for more than five years. That’s a very long time to sit in the dark. Clue by clue, Livy and Bob unravel the mystery of where Bob comes from and what Livy has forgotten in this magical story about friendship and loyalty and the power of imagination.

Whisper by Lynette Noni
For two years, six months, fourteen days, eleven hours and sixteen minutes… Subject Six-Eight-Four, ‘Jane Doe’, has been locked away and experimented on, without uttering a single word. Life at Lengard follows a strict, torturous routine that has never changed. Until now. When Jane is assigned a new-and unexpectedly kind-evaluator, her resolve begins to crack, despite her best efforts.

As she uncovers the truth about Lengard’s mysterious ‘program’, Jane discovers that her own secret is at the heart of a sinister plot …. And one wrong move, one wrong word, could change the world.

Lottie Perkins: Movie Star #1 and Lottie Perkins Ballerina #2 by Katrina Nannestad
Charlotte Perkins is seven years old and can’t wait to grow up – if only she could decide what she wanted to be!

Luckily, no dream is too big for little Lottie Perkins!

The Most Marvellous Spelling Bee Mystery by Deborah Abela
Just when India Wimple’s life is returning to normal after competing in the Stupendously Spectacular Spelling Bee, she’s invited to London for an international spelling showdown. But how can she go without her family? The Yungabilla community might have a solution! In London, India is reunited with her friends Rajish and Summer. They meet new spellers, and are invited to Buckingham Palace to meet the Queen. But there is skulduggery afoot, with a series of mysterious mishaps. There is even talk of cancelling the competition altogether. India and her friends are determined to find out who the culprit is and get the spelling bee back on track. There are words to be spelled, nerves to be overcome, and a champion to be found!

Polly and Buster: The Mystery of the Magic Stones by Sally Rippin
What would you do if everyone thought your best friend was dangerous? Polly the witch and Buster the monster shouldn’t be friends. And they definitely shouldn’t be on the run from almost everyone in town.
But when Polly is called to the Hollow Valley Mines – the forbidden, haunted mines – by her magic stones, these two best friends have a big decision to make.
Do they stay hidden and safe, or risk it all to save the day?

The magical sequel to The Wayward Witch and the Feelings Monster. Written and illustrated by Sally Rippin.

The Dawn of Time! Nothing on Earth could rival the terrifying power of the Dinosaurs. Except maybe that Wolf over there… yeah, the one standing next to the Snake and the Shark and that other sardiney-looking thing.