Set in the passionate, intense, and crumbling neighbourhood known as the Spanish Quarter of Naples, comes a tale of two students searching for love and belonging in the city they so desperately want to call home.

Heddi was an American linguistics student studying in Naples, Italy. She was trying to find the roots she never had as a child, searching for her sense of belonging. Pietro 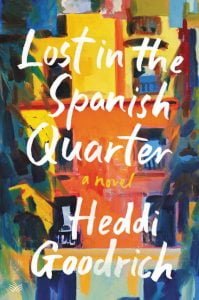 was a geology major, an Italian farm boy whose family lived only a few hours away. He was trying to escape his family roots, trying to become his own person. When they first met, they were completely drawn to each other, as much as Heddi may try to deny it. They were both passionate about their future, their lives together, and creating their own stories. They were exploring the world of Naples, losing themselves in the city around them, almost untouchable.

As they fell further in love, they knew that theirs would be a great love, one that is talked about through the ages. But as a reader, we know from the outset that their love is doomed to fail. The book opens with a heartfelt email from Pietro to Heddi, claiming that he’s a fool and that he’s made the worst mistake of his life. He says he wants Heddi to be happy without him. So, as we watch Heddi and Pietro fall in love, our hearts are both happy for them, and breaking at the same time, knowing it’s only a matter of time before they part.

The book is written as a series of emails, back and forth between Heddi and Pietro, detailing their current lives and what they remembered from their time together, interspersed with their story of blossoming romance in Naples four years earlier. From the emails, we are able to learn that they’ve both tried to move on with their lives since being apart. It’s almost like reading the one story, but from either end, knowing that the middle will bring heartache, but also the promise of new possibilities.

Goodrich paints a beautiful but bitterly real picture of love and life in Naples. You are with her as she describes the smells, tastes and sounds of her neighbourhood. You are with her as she falls for Pietro, as she meets his family, as he meets her family, as rifts start to form in their relationship. Her language is transporting and completely enveloping. The story is even richer knowing that the experiences are based on the authors’ own time in Naples herself. You start to question how much is fiction and how much is actually real. Lost in the Spanish Quarter takes you on a journey of emotion. There are so many emotions that are explored in this fantastic story, emotions that everyone will be able to connect with. As a whole, it is a wonderful love story; love of a person, love of a place, and perhaps most importantly, love of one’s self.

Buy a copy of Lost in the Spanish Quarter here 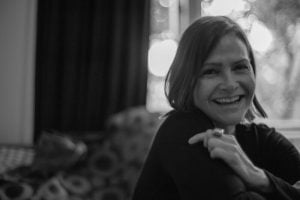 Heddi Goodrich first moved to Naples for high school. She ended up staying for ten years, graduating from the University of Naples, L’Università degli Studi di Napoli “L’Orientale” with a masters in languages. She now lives and works in New Zealand. Lost in the Spanish Quarter is her first novel. She translated the work from Italian into English, herself. It Will Take You on a Journey of Emotion: Review of Lost in the Spanish Quarter by Heddi Goodrich 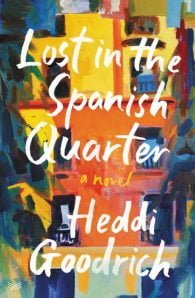 Told with the intimacy and ferocity of Elena Ferrante's Neapolitan Novels and set in the passionate, intense, and crumbling neighborhood known as the Spanish Quarter of Naples, comes a tale of two students searching for love and belonging in the city they so desperately want to call home.Years after leaving Naples with a broken heart, Heddi receives an email from her first love. Although she now lives in New Zealand, just the thought of the Spanish Quarter's narrow, winding streets sparks the pain of longing. Heddi had found her place in that city built on Roman ruins and set against a sleeping volcano. A place she wants to call home despite being l'americano or the American. For Heddi's group of university friends, Naples is either a refuge from their familial responsibilities or an entryway to a wider world. But for all of them, Naples was their real university of life: the setting of their unrestrained youth.When Heddi first met Pietro at a party hosted by her bohemian roommates, she was inexplicably drawn to the serious geology student. Despite coming from wildly different backgrounds-Heddi, a nomadic American; Pietro, an Italian farm boy-the two fell into a liberating romance. She was searching for the roots she never had, while he tried to escape his. Yet even after the two were doomed to part ways, their story isn't finished just yet.Inspired by her own 10-year search for belonging in Naples, author Heddi Goodrich gives readers a passionate tale of a life caught between two worlds and a heartfelt ode to first love-of a place, of a person- where languages and cultures collide while dreams soar and crash in unexpected ways. 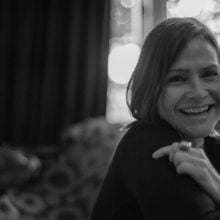 Heddi Goodrich first moved to Naples for high school. She ended up staying for ten years, graduating from the University of Naples, L'Università degli Studi di Napoli "L'Orientale" with a masters in languages. She now lives and works in New Zealand. Lost in the Spanish Quarter is her first novel. She translated the work from Italian into English, herself.

Lost in the Spanish Quarter