On the release of the fourth instalment in The Peski Kids series, author R.A. Spratt shares with readers six books that have inspired her.

Six books that have inspired me . . .

Hating Alison Ashley– Robin Klein is brilliant at writing humour and pathos. This book shows that you don’t need epic historical themes to craft a beautiful, subtle portrait of how hard it is just to be ten years old.

The Adventures of Sherlock Holmes– I know you probably think this is an adult book, but it’s really not. The stories are simple (usually only one plot twist), there’s action, very little emotional depth (no icky romance or tortured ambition) and best of all – the stories are short. It’s a great way to introduce young readers to old fashioned language (an easier jumping off point than Dickens).

The Hitch Hikers Guide to the Galaxy is the benchmark standard I aspire to as a comedy writer. It isn’t just full of brilliant jokes, it is also overflowing with wonderful ideas.

Anne of Green Gables– Anne Shirley is a fantastic character. We all know that adults are complicated, but it’s easily forgotten that children can be complicated too. There is so much pressure to make books appeal to the mainstream by simplifying everything, but this book demonstrates that incredibly intelligent, articulate and bookish characters are more interesting. You want a lead character with lots to say.

The Adventures of Huckleberry Finn – Okay, now I’m going to contradict myself because Huckleberry is not articulate or bookish. They say this book is like a road movie because it is literally a linear journey. I set a lot of store by this as a story structure. I often think to myself is my story moving forward and does this moment make sense relative to previous moment. If it does, that is all I need. Plotting should look complicated but be emotionally simple.

Garfield – I was a reluctant reader and I learned to read through the Garfield bumper book I was given one Christmas. The international popularity of cat videos on the internet shows us that there are universal truths about the humour of cats that speak to all our souls.

The Peski Kids: Near Extinction is available this month 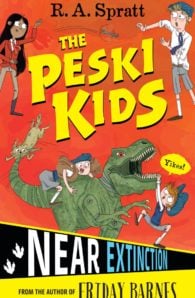 Dinosaurs will be glad they’re extinct once they’ve had a visit from The Peski Kids!The annual geography excursion was supposed to be educational, but with The Peski Kids on board it soon turns into chaos. April tries to smash her way out of a moving bus, Fin gets his head bitten by a dinosaur, Joe finds himself carrying around a beautiful girl with two fake sprained ankles and Loretta gets over enthusiastic with a butane torch. That’s all before the criminals turn up and hijack the school bus.The Peski Kids are going to be in so much trouble . . . if they make it back to Currawong alive. 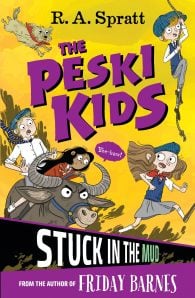 Things are about to get messy for the Peski Kids as mud-run madness descends on Currawong!Chaos parachutes into Currawong when the annual Mud Run hits town. The Peski kids are soon swept up in the festivities. Or in April’s case, strapped to a vision-impaired competitor in the race.Can Joe beat the fierce opposition? Can Fin hit Joe with a giant mud ball? Can April make it through a school day without getting expelled? Who knows? But when the prize money goes missing someone has to figure out what really happened under all that mud! 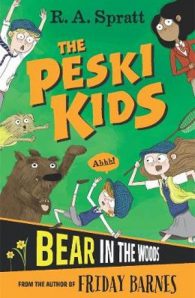 No one believes April saw an enormous bear in the woods. No one thinks Fin didn’t break the Cat Lady’s foot. No one wants to know why Loretta bought Dad new underwear. And no one listens to Joe, because he never has much to say. The Peski Kids are up to their eyeballs in trouble, and it’s all their dog’s fault.Now the Mayor is watching them like a hawk. She won’t let anyone ruin Currawong’s Daffodil Festival. That’s fine, the Peski Kids want to blend in, the only problem is . . . they are really terrible at it. Three squabbling siblings. One all too perfect next-door neighbour. A missing mum, a bumbling dad, a kooky cockroach mystery and an eccentric country town. What could possibly go wrong?Life is hard enough without having to spend time with your siblings. But there is no other way for Joe, Fin and April Peski to solve the mystery of the cockroach catastrophes that is rocking their new home town of Currawong.Along with Loretta, their stunningly beautiful yet sociopathic next-door neighbour, and Pumpkin, the world’s worst trained dog, they set out to catch the culprit. Together they are The Peski Kids. 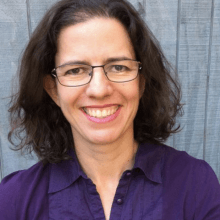 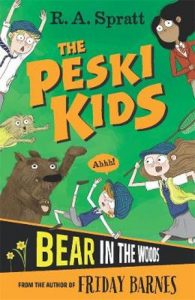 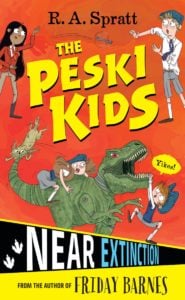 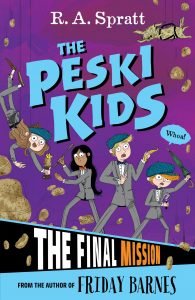 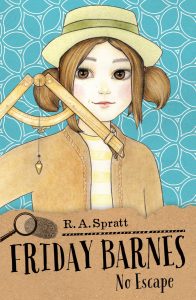 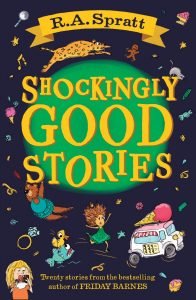 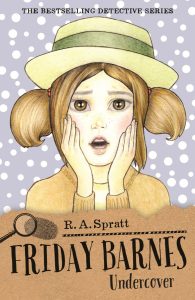