After Elsa Goody’s father dies, she is determined to make a life for herself, no matter what it looks like to others – if she can, she’ll save the family farm and work it. When she learns that there’s a missing tin of gold coins, all she has to do is find where her now dead brother might have stashed it. Elsa and her irascible, recently separated (the scandal!) sister travel to another colony in search of what’s theirs. They just happen to come across the three Jones brothers who each have issues of their own.

The first vote in Australia for women was in South Australia, 1896, which is where and when the book is set. Federation was just around the corner and although women were still fighting for basic rights, there was a sense of hope for the future. The tin of gold coins is the stuff of my own family legend, and I drew on quite a bit of what I remember my dad told me of life on the land, even though his stories started some thirty years later than this book is set. Not a lot changed over that time on the land. So, a woman with determination could do something for herself. My characters are not so much ‘ahead of their times’ but the ones during ‘their times’ that took opportunity when it came knocking. They were smart and resourceful. There had to have been women like that – how else would women have got to where we are now?

I searched the internet, Trove and its digital newspaper articles, also local history sites where the book is set. I travel to the area, not so much to check out the townships and the museums, but also to walk on the ground my characters walk. I find a location and stand there a minute or two believing I’m in someone else’s shoes. One place in Elsa’s story was the old Kangaroo Inn site between Robe and Penola. Oh my goodness gracious would there be stories to tell from there. It was a busy coach staging point back in the day and fed and watered travellers and ruffians and crooks – and a murderer!

I don’t write much past 6pm, by then I’m tired so I’ve made it my daily cut off point. Then I go into dinner/TV/movie mode easing right away from my story. Just before sleep, I always pick up a fiction book to read, and that’s luxury time. The muse doesn’t stop though, just takes a break, because often I wake up in the middle of the night with a plot point, a solution to a plot knot, maybe a new direction or motivation for a character. If I’m really on the go, generally a month away from deadline, the days start at 5am.

Apart from the early starts, I’m at the desk by 8.30-9am, as I would be if I had a day job. Well, that’s weekends these days because I do have a day job Monday to Friday, 10am till 3pm. In these current times I’m grateful I still have it. So writing is worked around the job. That pushes the muse a little, I have to say. It makes me more disciplined. But writing is all I want to be doing.

The novel for November 2020 is finished, awaiting edits and the story I’m working on for July 2021 is about a young Australian woman who for family reason in 1899 has gone to Scotland to study for her Master of Arts degree. She hopes that will allow her to study, and eventually work in the new field of forensics, of course hard to undertake for women at the time. Back home in Australia, she realises she might have to use simple powers of deduction to save herself, rather than science, after intrigue and murders surround her. 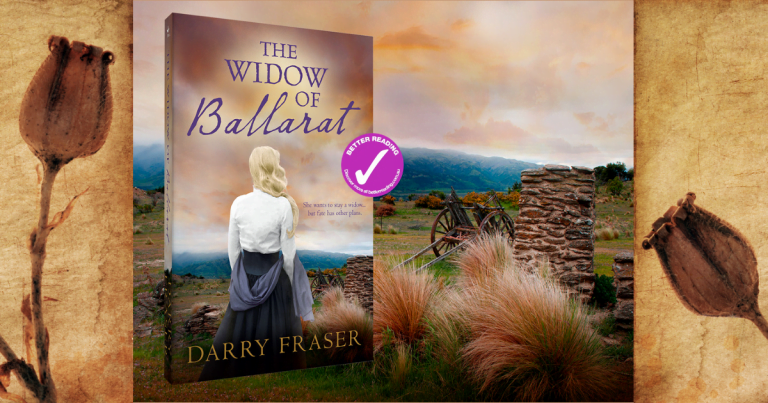 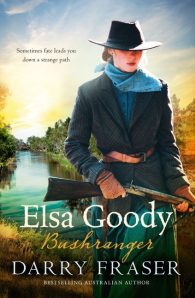 Elsa Goody is a woman on a quest for buried treasure - and her own freedom. A thrilling historical romance adventure from a bestselling Australian author.1896 Robe, South AustraliaWhen Elsa Goody's father and brother George die in quick succession she and her sister Rosie are in trouble. Pursued by an unpleasant suitor with dubious motivation, Elsa leaves for Victoria on the hunt for a fortune in gold coins that her brother has hidden. If Elsa can find it she will be able to save Rosie and herself from married slavery.Their quest leads them on a cross-country journey to find the last man who saw her brother alive, Ezekiel Jones. But Elsa is not the only one looking for buried treasure. She and Rosie are beset by bushrangers and in the confusion Elsa is accused of being an accomplice. Luckily not everyone believes that Elsa is a criminal. When she finally catches up with Ezekiel, it's clear that for him she can do no wrong.But with everyone chasing her and bloody violence on the horizon, life is becoming increasingly complicated. Will she and Rosie ever manage to solve the mystery, find the gold and free themselves from a dark future? 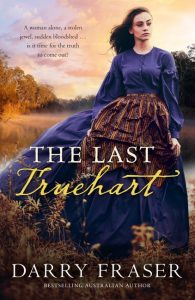