I was Meticulous About Doing my Research: Q&A with Little Disasters Author, Sarah Vaughan Little Disasters is a psychological drama about the darkest reaches of motherhood, about judgment, and about the redemptive power of friendship.

It starts when an affluent mother of three turns up at A&E with a baby with a bang to the back of her head – and a story that doesn’t add up. The paediatrician on call happens to be a friend who’s known her for ten years – ever since they had their first children. And this doctor has to make a safeguarding decision which will have a dramatic impact on this family, not knowing if her judgment is right or wrong.

The novel explores what’s really going on in this family and does so through three perspectives: Liz, the paediatrician; Jess, the mother; and Ed, Jess’s husband who works long hours as a hedge fund manager – a career that means Jess doesn’t have to go out to work but is alone with her children for up to 15 hours a day. As the novel progresses, it becomes clear that Jess has a warped sense of risk: she thinks she’s a bad mother – and her thoughts, and behaviour, become more irrational. But is she as terrible a parent as she believes?

As with all my novels, there are several seeds of inspiration. The first was my husband, who’s a hospital doctor, and who came home one night after being on call looked grey and drained. He obviously couldn’t go into details, but he’d had to make a safeguarding decision about a child. Having written Anatomy of a Scandal, which has a female barrister as a main character, I knew I wanted to write about another woman who has to make a professional judgment that has the potential to wreak havoc. I wondered what it would like if you were a paediatrician who had to make a decision involving a mother and baby you knew in real life.

Little Disasters was also inspired by my own experience after having my second baby. I never had postnatal depression but a perfect storm of circumstances  – being unable to walk during pregnancy and being in chronic pain for three years afterwards; moving 50 miles away from my home, sister, and support network; and giving up the career that had validated me and given me an identity – meant I had postnatal anxiety. My experience as a journalist covering paedophile cases, including some high-profile murders, also meant I had a disproportionate sense of risk and catastrophised when I had my own children. Though I was never diagnosed with maternal OCD, I experienced some intrusive thoughts that meant it didn’t require a huge leap of imagination to be able to think from the point of view of Jess.

Finally, as a very young journalist, I covered the trial of a woman who was accused of smothering three of her babies. (She was subsequently acquitted on appeal when a statistic the prosecution relied on was found to be flawed.) I realised that this was the very worst thing a woman could be accused of: she was seen as almost inhuman in her behaviour. All of these factors fed into this novel.

As with Anatomy of a Scandal, I was meticulous about doing my research. It’s partly the journalist in me, which takes a real pride in being accurate, but also because, with such sensitive topics, I felt a real duty to get it right. So, I interviewed several paediatricians and arranged for one to talk me through scans and read through any bits of copy I was concerned about, and I talked to an obstetrician, a gastroenterologist, three social workers and a perinatal psychiatrist. I also read widely on maternal OCD and employed a former detective turned police procedural adviser who read through all the police scenes to check I’d got the terminology and tone right. I obviously couldn’t spend time on a paediatric ward but, like many parents, I’ve been there and have also visited paediatric A&E with my children. Inevitably, I think I’d also learned a lot about the lifestyle of being a doctor through living with my husband for 20 years.

No – unfortunately it seems to get harder! I think that’s because I’m increasingly critical of my writing and rigorous about making it work on all levels – so towards the end of editing this I was still stripping out words from each sentence (and wanted to do so even when it had gone to print.) I also think that there’s more of a burden of expectation since Anatomy of a Scandal was an instant international bestseller. On the positive side, having the ideas and creating characters isn’t a problem, and I’ve learned to work really hard at making a plot consistent and compelling so in that respect the creative process has got if not easier, then no more difficult. My main issue is trying to silence my inner critic and I’m also being stricter about not cutting down on social media so that I focus more.

My writing routine has very much altered because, in the UK, we’re currently under lockdown and so I have two children to home-school. My eldest is pretty self-sufficient but my youngest is only 12 so understandably needs a bit more help. At the moment, my morning is taken up with home-schooling, making sure my kids get exercise, walking the dog, doing all the domestic stuff that’s burgeoned since we’re all home for longer. I work from 3-6pm and in the evening if I have a virtual event.

Pre-lockdown, I would walk the dog as soon as the children got on the school bus then be at my desk with a strong coffee by 9.30am and work through until 3.30, then try to do social media and admin until about 5pm. Towards the end of doing edits, I’d be working late into the night.

My new novel features a murder trial and another bright, interesting (I hope) and high-profile female protagonist. I am desperate to have some time to really get to grips with it. Little Disasters Author, Sarah Vaughan on Why Domestic Thrillers are so Powerful #MeToo and The Timeliness of Anatomy of a Scandal Whip-Smart, Grown Up Thriller: Watch the video of Anatomy of a Scandal by Sarah Vaughan 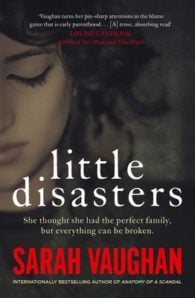 You think you have the perfect family. But everything can be broken.Liz and Jess have been friends for ten years, ever since they both started a family. But how well do they really know each other?When Jess arrives at hospital with a story that doesn’t add up, Liz is the doctor on call. Jess has devoted her life to family and home. But she is holding so many secrets. As the truth begins to emerge, Liz is forced to question everything she thought she knew: about Jess, and about herself.When something feels so personal, how do you stay professional? 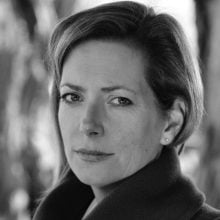 Sarah Vaughan is a former journalist who now lives in Cambridge with her family. This is her third novel. 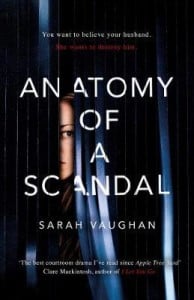 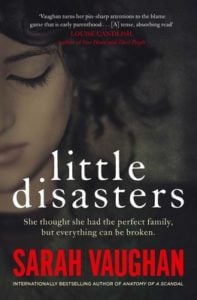