It was Inevitable I’d Write About Diamonds: Q&A with Fiona McIntosh, Author of The Diamond Hunter

Fiona McIntosh is an internationally bestselling author of novels for adults and children. She co-founded an award-winning travel magazine with her husband, which they ran for fifteen years while raising 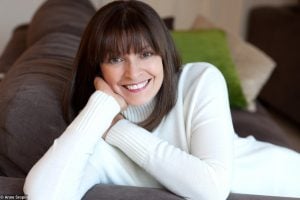 their twin sons before she became a full-time author. Fiona roams the world researching and drawing inspiration for her novels, and runs a series of highly respected fiction masterclasses. She calls South Australia home.

Your latest book, The Diamond Hunter is a breathtaking adventure story about trust and betrayal, the ultimate quest for truth, and a love that is truly priceless. Can you tell us a bit more about the book?

After the powerful tale of The Pearl Thief last year, I felt it was important to give my audience a genuine change of pace, era, setting, storyline.  I wanted to write a story that was so wildly different it couldn’t be compared to its immediate predecessor. So, I challenged myself to move away from my favourite playground of the first half of the 20th century and go back to the late 19th century and find an era I’ve never offered up previously.  Everything begins with place for me and I decided in looking for that switch up in landscape I needed to take my readers to somewhere exotic and I decided Africa could work – I’d never written about it previously. I needed a time and event to give me a reason to set a story in Africa and it wasn’t long before I’d discovered the rich stories surrounding the diamond rush of 1871 as people from all over the world converged on a desert region in South Africa, previously sparsely inhabited by rugged, serious, mostly religious Boer farmers.  The place had no name where the mania to dig for diamonds occurred – it was simply known as New Rush and ultimately was called Kimberley. The characters who rushed to find their fortunes were as diverse a community as one could imagine but working individually and with often intense rivalry they dug the largest man made hole in the world and all I did was imagine what it might be like to put a young, privileged family … but particularly a child of not many years, into that feverish situation where men worked themselves to breaking point and then played hard, drank hard, lived hard.

My cousin had spent his entire working career with De Beers. I had also had a few friends in my early twenties who were merchants and involved in diamond sorting in Hatton Garden. It was probably inevitable that I would write about diamonds, but I didn’t see it until the perfect storm came together while I was researching The Pearl Thief. I met up with that cousin whom I hadn’t seen in more than two decades as he’d lived in Johannesburg for that time and I’d been in Australia. We finally managed to make our diaries collide and I was in York sorting out the final scenes of the 2018 novel and he came up to have afternoon tea with me from London and after catching up on the previous couple of decades, chatting about our lives and our work, he said ‘why don’t you write about diamonds?’ It felt right the moment he said it…and when he offered to meet me in Africa and open some doors into the history of De Beers and those very early days of ‘The Rush’, I found it irresistible.

What was the research process like for The Diamond Hunter?

It was demanding. I began in England’s north; I wanted to settle in my mind where my main character was born and essentially what influences were around her in her first years.  Finding her home and where her privileged mother’s life had been spent was vital and I was thrilled to find exactly what I needed in Northumberland. Cragside was perfect and it gave me the platform for who this family was and the backstory to the child who would lead the tale.  After that I had to go to Africa.  It couldn’t be written without knowing what Cape Town of the late 19th century looked like, what an ox wagon and team looked like that would make that journey into the Little Karoo desert of 45 days. I needed to understand the terrain, the journey itself and what all the challenges might be in making that massive trip away from civilization and into the wild. Learning the history of De Beers can only be done properly in Kimberley, understanding the lives of the diamond diggers of that era could also only be fully accessed in Kimberley itself.  There was only one way to get down into a diamond mine or wander around alluvial diggings and that was to go to them. I had to educate myself about diamonds, their formation, their variations, how they are mined, sold, sorted, cut, polished, chosen etc.  It’s a whole world of its own and shrouded in mystery.  It wasn’t just the old history I needed but to understand diamonds I felt I needed an education about the diamonds of more contemporary times, so I went to Amsterdam to talk with people involved in the world of diamond selling and then I went to the headquarters of where all diamonds must pass through in Antwerp and where today’s great diamond bourse is located.

London was the final research ground.  I had to find various locations for a number of scenes but also to learn where my characters lived, socialized, etc.  Location work is challenging because I’m always searching for something fresh and intriguing for the reader.  I can’t just go back to the same old spots.  Readers want to armchair travel with my novels so it’s fun to find new locations with an interesting slant…in The Diamond Hunter for instance, we visit places such as the Old Royal Exchange, Primrose Hill and the original Twinings Tea Salon.

My routine is to write for four days of the week.  I like Fridays off to get to chores, personal appointments and generally let back of brain take care of business.  The weekends for me are always about family so I’m usually baking up a storm, always cooking something, getting out and about with the people I love.  On those four days that I write, I don’t write all day.  I usually give myself three hours of solid writing in the morning.  The rest of the day is given over to staying in touch with readers, talking with my publisher, getting to all the background work of articles, blogs, Q&A’s, etc.  Also, I run a busy masterclass so that fits around my writing day too.  I have to plan my research trips and go on them – always two a year to overseas locations and then I have a national book tour each year, plus festivals, speaking engagements, conferences.  So when planning out the year the writing comes first and so while it’s limited to some extent, it’s highly disciplined.

At the moment I’m finishing the final quarter of the 2020 novel which currently has a title of The Champagne Lovers. It is a WWI story set in and around Epernay, world headquarters for champagne.  It focuses on the story of a champenoise; a woman who is head of her family’s champagne house, and a former chemist, now a deeply damaged British soldier who has survived some of the worst fighting of The Great War at Ypres in Belgium, during the Somme and eventually in the Marne region of France.  It’s a story of ‘sparkle’ and hope through the darkest of times. An Excellent Read that will Keep you up at Night: Read an Extract From The Diamond Hunter by Fiona McIntosh A Fabulous Story, Perfectly Executed: Read a Review of The Diamond Hunter by Fiona McIntosh ‘It won’t matter how many diamonds you find if you lose the love of your child.’When six-year-old Clementine Knight loses her mother to malaria during the 1870s diamond rush in southern Africa, she is left to be raised by her destitute, alcoholic father, James. Much of Clementine’s care falls to their trusty Zulu companion, Joseph One-Shoe, and the unlikely pair form an unbreakable bond.When the two men uncover a large, flawless diamond, James believes he has finally secured their future, but the discovery of the priceless gem comes at a huge cost. A dark bargain is struck to do whatever it takes to return Clementine to a respectable life at the Grant family’s sprawling estate in northern England –while the diamond disappears.Years on, Clementine overhears talk of a paragon diamond coming onto the market. Long-buried memories of her childhood in Africa and her beloved Joseph One-Shoe are triggered, as she questions who she can trust. To solve the mystery of what happened to her loved ones all those years ago, she must confront a painful history and finally bring justice to bear.From the harsh desert of Africa’s Kimberley diamond mine to the misty, green plains of northern England, The Diamond Hunter is a breathtaking adventure story about trust and betrayal, the ultimate quest for truth, and a love that is truly priceless.