The Jade Lily began when I took my three small children on a holiday to Shanghai in 2014. At the time, I was a freelance journalist specialising in features, food and travel and so I thought China would be perfect for some interesting stories.

I arranged for us to cram into a small hotel room in the cheaper part of Shanghai known as Hongkou. Here, we walked past mirrored skyscrapers and explored laneways so narrow I could touch both sides with outstretched arms. These lanes were full of the tiny brick courtyard houses for which Shanghai is famous. As in the past, cooking is done over outdoor gas stoves and at deep concrete sinks and at lunchtime the lanes are full of the scent of frying yellowfish. Bikes, scooters and luxury SUVs all jostle for space on the roads and footpaths.

Enroute to source lemon iced tea, a guide pointed out a rusted Star of David inset into a red doorway. What was this symbol doing in the middle of an old longtang laneway?

Alexandra describes it in The Jade Lily:

‘It was a red door, mottled like all of the others studding the laneway, but as they stood and wait for it to open, Alexandra did a double-take.

Set within the door panels was a rectangular frame. And within that frame was a simple start pattern made from steel offcuts—the Star of David. Alexandra ran her finger over the metal star, the rough steel scratching her finger as the warm aroma of garlic, ginger and chicken soup floated over the wall from a nearby courtyard.’

A visit to the nearby Shanghai Jewish Refugees Museum revealed that Shanghai had opened its doors to over 20,000 refugees fleeing Europe, at a time when no other country—including my own—would. How had I missed this crucial snippet of history?

I also discovered it was possible pre-1940 to be released from a concentration camp if you had a valid passport, visa, permit to take up residency in another country and proof of transport. Such release was always subject to the prisoner leaving Germany within a limited time. The timeframe varied case to case. A Chinese visa did not guarantee passage to the Far East. If you failed to leave within the stipulated time, you were taken back to the concentration camp.

Ideas for The Jade Lily started to bloom. I started to think about friendship and loyalties, the price of love and the power of war. How hardship and courage can shape us. The unexpected bargains that are made when we make our own rules. What does it mean to be generous as a person? And as country? What is our duty?

And so the seed for The Jade Lily was planted.

Kirsty Manning grew up in northern New South Wales. A country girl with wanderlust, her travels and studies have taken her through most of Europe, the east and west coasts of the United States and pockets of Asia.  Kirsty’s first novel was the enchanting The Midsummer Garden published in 2017. The Jade Lily, compelling and pacey, is her second book. Kirsty is a partner in the award-winning Melbourne wine bar Bellota, and the Prince Wine Store in Sydney and Melbourne. She lives with her husband and three children amid an old chestnut grove in the Macedon Ranges, Victoria.

Purchase a copy of The Jade Lily || Read our full review 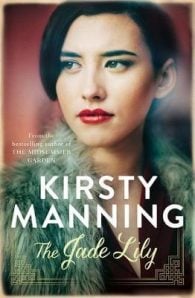 The Jade Lily is a sweeping story of friendship, loyalty, love and identity from the popular author of The Midsummer Garden. In 2016, fleeing London with a broken heart, Alexandra returns to Australia to be with her grandparents, Romy and Wilhelm, when her grandfather is dying. With only weeks left together, her grandparents begin to reveal the family mysteries they have kept secret for more than half a century.In 1939, two young girls meet in Shanghai, the 'Paris of the East': beautiful local Li and Viennese refugee Romy form a fierce friendship. But the deepening shadows of World War Two fall over the women as Li and Romy slip between the city's glamorous French Concession and the desperate Shanghai Ghetto. Eventually, they are forced separate ways as Romy doubts Li's loyalties.After Wilhelm dies, Alexandra flies to Shanghai, determined to trace her grandparents' past. As she peels back the layers of their hidden lives, she begins to question everything she knows about her family - and herself.A gorgeously told tale of female friendship, the price of love, and the power of hardship and courage to shape us all. 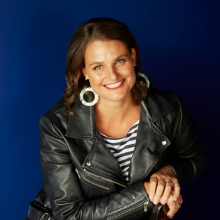 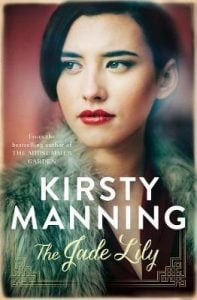 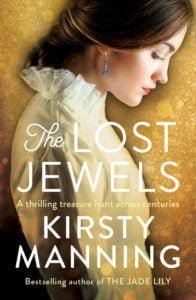 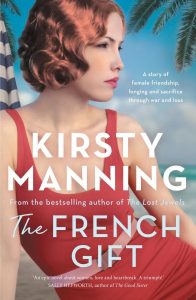