Join Mary-Lou Stephens and bestselling author Monica McInerney, as Monica interviews Mary-Lou about her wonderful new novel, The Last of the Apple Blossom.

Mary-Lou Stephens was born in Tasmania, studied acting at The Victorian College of the Arts and played in bands in Melbourne, Hobart and Sydney. Eventually she got a proper job—in radio, where she was a presenter and music director, first with commercial radio and then with the ABC. She received rave reviews for her memoir Sex, Drugs and Meditation (2013), the true story of how meditation changed her life, saved her job and helped her find a husband. Mary-Lou has worked and played all over Australia and now lives on the Sunshine Coast with her husband and a hive of killer native bees.
One of the stars of Australian fiction, Monica McInerney is the author of several internationally bestselling novels, including Those Faraday Girls, The Trip of a Lifetime and The Godmothers. Those Faraday Girls was the winner of the General Fiction Book of the Year prize at the 2008 Australian Book Industry Awards. Monica grew up in a family of seven children in the Clare Valley of South Australia and has been living between Australia and Ireland for twenty years. She and her Irish husband currently live in Dublin.

Join Mary-Lou and Monica for this free LIVE event: A Big-Hearted Australian Saga: Read an Extract from The Last of the Apple Blossom Fire, Friendship and Family: Read our Review of The Last of the Apple Blossom by Mary-Lou Stephens Your Preview Verdict: The Last of the Apple Blossom by Mary-Lou Stephens 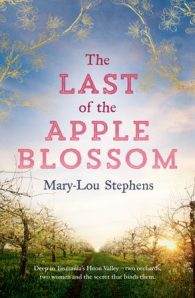 The fire took everything - except two women's fighting spirits. A sweeping, big-hearted Australian family saga for readers of Judy Nunn and Victoria Purman. 7 February, 1967. Walls of flame reduce much of Tasmania to ash. Young schoolteacher Catherine Turner rushes to the Huon Valley to find her family's apple orchard destroyed, her childhood home in ruins and her brother dead. Despite her father's declaration that a woman will never run the orchard, Catherine resolves to rebuild the family business. After five sons, Catherine's friend and neighbour, Annie Pearson, is overjoyed by the birth of a much longed for daughter. As Annie and her husband Dave work to repair the damage to their orchard, Dave's friend Mark pitches in, despite the fact that Annie wants him gone. Mark has moved his family to the valley to escape his life in Melbourne, but his wife has disappeared leaving chaos in her wake and their young son Charlie in Mark's care. Catherine becomes fond of Charlie, whose strange upbringing has left him shy and withdrawn. However, the growing friendship between Mark and Catherine not only scandalises the small community but threatens a secret Annie is desperate to keep hidden. Through natural disasters, personal calamities and the devastating collapse of the apple industry, Catherine, Annie and those they love battle to save their livelihoods, their families and their secrets. 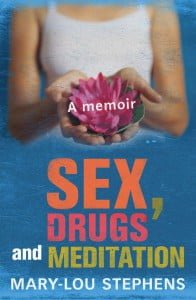 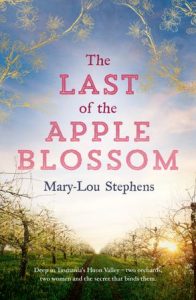 The Last of the Apple Blossom