Gold Nugget Coming-Of-Age Story: Read a Q&A with David Whish-Wilson about his novel The Coves 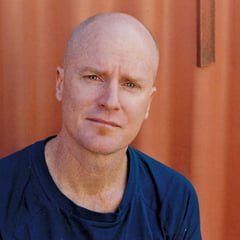 David Whish-Wilson is well known as the writer of three richly imagined, superbly crafted crime novels that delve into the seedier threads of Perth’s past: Old Scores, Line of Sight and Zero at the Bone. He has been shortlisted for the Ned Kelly Award and WA Premier’s Book Award, and in 2014 won the Patricia Hackett Prize for best contribution to Westerly Magazine. Born in Newcastle, NSW, David grew up in Singapore, Victoria and WA. He left Australia aged eighteen to live for a decade in Europe, Africa and Asia, where he worked as a barman, actor, street seller, petty criminal, labourer, exterminator, factory worker, gardener, clerk, travel agent, teacher and drug-trial guinea pig. He now lives in Fremantle and coordinates the creative writing program at Curtin University.

Purchase a copy of The Coves here

Read our review of The Coves here

The Coves is partly a history of the first generation of Australians; how does your book differ from other portrayals of early Australians in historical-fiction?

Samuel Bellamy, the central character of The Coves, was one of the first children born into the Swan River colony. Times were tough, something that is a feature of most historical narratives centred on Perth’s early years, and I based Sam’s father’s murder on a real case of reprisal killing. Sam, however, as an adopted only child of the colony’s magistrate, grows up playing with the local kids at the nearby ‘blacks camp’ and so has a unique perspective on both sides of the Nyungar/European divide. Like many settlers in those first years, before things became more violent, he learns to speak Nyungar. As a child, his observations aren’t mediated through as strong a cultural lens as if he was older, and born and raised back in the old country.

How did you find out about the Sydney Coves and what made you then want to write about them?

I heard about the Sydney Coves from a friend. I hadn’t heard of them before and that alone was interesting to me – I thought I knew a fair bit about early Australian history. When I started researching I found that there wasn’t much written about this strange band of Australian migrant criminals who’d had such a significant impact upon gold rush California, which made me even more interested.

What made you choose a twelve-year-old protagonist?

Back in the period in which The Coves is set, the 1840s, childhood was regarded differently to how it is today. A boy Sam’s age was expected to work and contribute, to make his way in the world. Narratively, I also think the child-protagonist has an interesting perspective. He/she sees things that adults, with their jaded familiarity, might not see – through fresh eyes if you like. Sam is expected to observe and learn, and is able to pass through all of the different strata of society, and is able to describe them clearly. Those around him describe to him how things work, too, which integrates necessary exposition, even as we see it all though Sam’s eyes.

What sort of research did you have to do?

I love the kind of research that writing a book like The Coves requires. It’s a bit like detective work. One piece of information leads to another. I hit the archives and read everything I could find about San Francisco in those early years. I spent several weeks in the San Francisco public library and historical society archives, which was a great help. I interviewed local historians and storytellers, all of whom were eager to help, aware that the Australian contribution to early San Francisco’s history is sadly under-researched and largely unacknowledged.

What’s the most interesting thing you learnt during your research?

The most interesting thing that I found in my research was the answer to the question that earlier sparked my interest in the whole project – why hadn’t I heard about this before? The answer was that the Australian criminals of San Francisco were so reviled that they were largely expunged from history. Despite contributing to several major historical incidents, namely the convening of two vigilance committees where local merchants rounded up many of the Sydney Ducks and lynched them, or exiled them, and despite the fact that the Sydney Ducks are blamed for burning the city to the ground on several occasions, all the while giving birth to the well-known San Francisco area known as the Barbary Coast (which was originally called Sydney-town), there is little to no trace of that Australian history in the city today.

This isn’t your first book with Fremantle Press: what makes you keep coming back to them to publish?

There is something pretty special about living in Fremantle and working with a Fremantle-based publisher. They have a national reach and are well respected across the country. I also have a great deal of respect for my publisher and editor, Georgia Richter.

When you start writing a new novel, do you have a routine or a plan?

I gave up planning my novels a long time ago – I’ve never been able to do it. I think of writing as a job. I write in long shifts. I try and stick to my routines, to the point of superstition. As far as the writing goes, I start with a central character and trust that the plot will develop from that character. I learn about my character as I write, and the journey that they take me on becomes the plot.

You’ve travelled a lot and lived all over the world: how has that influenced your writing?

When I was traveling and living around the world I read a lot. I had time on my hands and travellers are often forced to be good observers. I began to write while I was travelling as a way of making sense of the things that I was observing. The live.

With all the interesting places you’ve been, why did you decide to settle in Perth?

I settled in Fremantle because, after a decade of living overseas, often in big cities, my hometown started to exert a force of gravity that I couldn’t ignore. I missed the light, and the desert, in particular. I missed the capacity to find places to be alone. I knew that it would be a good place to get on with the task of writing, and in this I was right. It’s a great place to be a writer.

Why doesn’t the dog die? Were you just being soft-hearted or do you have a particular affection for dogs?

I don’t think that I should answer this question, as it would be a kind of spoiler. I did want a dog to be an important character, however, both because I do love dogs and because of my 11 yo daughter’s nagging me to write about our dog, Mya. The dog in The Coves is very like our Mya.

Who do you think will enjoy this book?

The Coves is designed to be both a coming of age story, in the sense that it follows Sam Bellamy’s journey into adulthood, learning despite all of the violence and chaos around him what it means to be loyal and honest and true, and a historical crime narrative that mirrors some of the crime that the Sydney Ducks specialised in. It’s aimed at both adult and young adult readers. 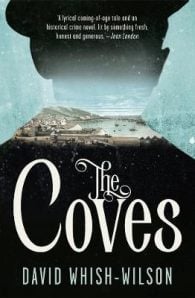 San Francisco, 1849. The hills are swarming with desperate men from all over the world, come to seek their fortune in the grip of yellow fever. In their wake come the opportunists, not least of whom are the Australians, many of them former convicts who are quick to seize control in a lawless world. This group of Australians, headed by the standover man Thomas Keane, are known as The Coves.Enter twelve-year-old Samuel Bellamy, formerly of the Swan River Colony, lately of Van Dieman’s Land, in search of his mother who, last he heard, has gone to join the molly-houses in California.Sydney-town, San Francisco, is a world of opportunism, loyalty and violent betrayal, and Samuel must learn to be a man if he is to survive.