Gripping, Dark Comedy: Review of The Girl on the Page by John Purcell 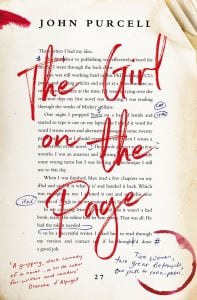 Amy Winston is a hot mess. Beautiful, talented, damaged: ‘There have been four constants in my life,’ she confesses, ‘books, clothes, sex. And champagne. Four constants. And money. Five constants.’

Like an exotic butterfly, Amy arrives into the lives of a famous literary couple, revered great, Helen Owen and her novelist husband, Malcolm Taylor.

A clever book editor who’s made a fortune turning a B-grade thriller writer into a superstar, Amy’s task in The Girl on the Page is to get Helen Owen to hand over a manuscript for which she received a massive advance payment. Money that has already been spent on their beautiful home in North West London, loved by Helen, loathed by Malcolm. Helen has her reasons for not wanting to hand over her promised book.

Everyone’s life is at a combustible point when they meet, with Helen and Malcolm’s marriage in trouble and their only son rejecting them. Amy’s love of champagne is getting the better of her. Not that she’s worried.

The Girl on the Page is a wildly beautiful, deeply human story and a love letter to books and writing. Author John Purcell is an industry insider, and it shows in the way he’s skewered publishing – the gossip, the scandals, the passion, the art, the vanity. As one of his characters remarks in the story: ‘But then publishing is a strange industry: a weird mix of business and pleasure, passion and pragmatism.’

The takeover of the publishing house that publishes Helen and employs Amy, is a classic. The new CEO doesn’t have a single book in her office. All the experienced talented editors and publishers have ‘moved on,’ replaced by hungry young things. The bottom line is the driving force at this publishing company, not great literature, craft, or the nurturing of raw talent.

Integrity, not only of the corporate kind, but in the way in which we treat one another is central. Take this exchange:

Amy: What good are ideals in the world we live in?

Malcolm: What good is life without them?

It’s an important question and a relevant one in the light of the recent shocking revelations about banks and insurance companies here in Australia (while we await an inquiry into aged care with trepidation).

Hot sex and dazzling Amy go together. She’s wild, with a predilection for one-night stands and treating men like objects – not ideal, but it has to be said it is a refreshing role reversal. Powerful emotions swirl about as well with broken hearts, infidelity, betrayal and tragedy, circling the literary story like sharks. And there are no clear-cut heroes or villains although some, like scandalous Amy, are more likeable than others.

Chapters vary between long and meaty and short and crisp, giving the story it a one-two, punchy rhythm.

For those who love reading and drama and wicked dark humour – and are curious about what goes on behind the scenes in publishing – The Girl on the Page is a must read. Purcell even gives us a list of favourite books for each character.

A lovely way to end a deeply impressive book that has to be, if I’m not mistaken, one of the great reads of the year. 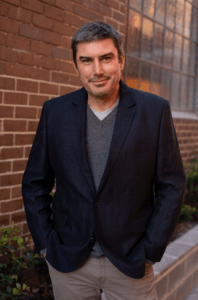 While still in his twenties, John Purcell opened a second-hand bookshop in Mosman, Sydney, in which he sat for ten years reading, ranting and writing. Since then he has written, under a pseudonym, a series of very successful novels, interviewed hundreds of writers about their work, appeared at writers’ festivals, on TV (most bizarrely in comedian Luke McGregor’s documentary Luke Warm Sex) and has been featured in prominent newspapers and magazines. ​Now, as the Director of Books at booktopia.com.au, Australia’s largest online bookseller, he supports Australian writing in all its forms. He lives in Sydney with his wife, two children, three dogs, five cats, unnumbered gold fish and his overlarge book collection.

Purchase a copy of The Girl on the Page here 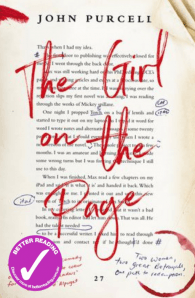 Two women, two great betrayals, one path to redemption. A punchy, powerful and page-turning novel about the redemptive power of great literature, from industry insider, John Purcell.Amy Winston is a hard-drinking, bed-hopping, hot-shot young book editor on a downward spiral. Having made her name and fortune by turning an average thriller writer into a Lee Child, Amy is given the unenviable task of steering literary great Helen Owen back to publication.When Amy knocks on the door of their beautiful townhouse in north west London, Helen and her husband, the novelist Malcolm Taylor, are conducting a silent war of attrition. The townhouse was paid for with the enormous seven figure advance Helen was given for the novel she wrote to end fifty years of making ends meets on critical acclaim alone. The novel Malcolm thinks unworthy of her. The novel Helen has yet to deliver. The novel Amy has come to collect.Amy has never faced a challenge like this one. Helen and Malcolm are brilliant, complicated writers who unsettle Amy into asking questions of herself - questions about what she values, her principles, whether she has integrity, whether she is authentic. Before she knows it, answering these questions becomes a matter of life or death.From ultimate book industry insider, John Purcell, comes a literary page-turner, a razor-sharp, fast-paced novel that cuts to the core of what it means to balance ambition and integrity. With lashings of sex, glamour, bad behaviour and wicked publishing insider references, The Girl on the Page is a muscular, juicy and provocative novel that is all about what really matters in life, and the redemptive power of great literature. 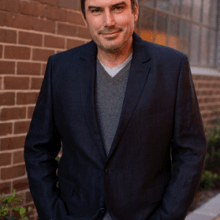 While still in his twenties, John Purcell opened a second-hand bookshop - imaginatively called 'John's Bookshop' - in which he sat for ten years reading, ranting and writing. Since then he has written (under a pseudonym) a series of successful novels, interviewed hundreds of writers about their work, appeared at literary’ festivals and on TV and been featured in prominent newspapers and magazines. He lives in Sydney with his wife, two children, three dogs, five cats, unnumbered gold fish and his overlarge book collection. 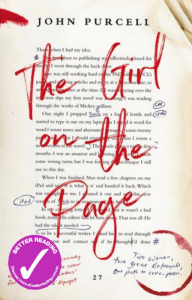 The Girl on the Page 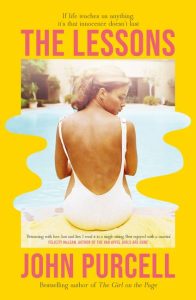