‘He came roaring at me with a knife’: a review of Waiting for Elijah by Kate Wild It’s Tuesday 2 June, 2009, and in an inconspicuous laneway in Armidale, NSW, 24-year-old Elijah Holcombe is shot dead by an undercover police officer, Senior Constable Andrew Rich. Elijah, a philosophy and psychology student at Sydney University, has had no contact with the police until that fateful day when Rich shoots him claiming ‘he came roaring at me with a knife’. 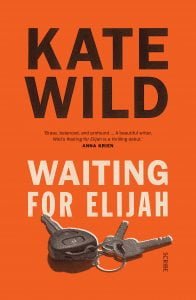 The shooting provokes intense public scrutiny. Eye witnesses come forward to claim police officer Rich did not need to shoot Elijah. The Holcombe family come forward to describe their son as a sweet-natured young man, a talented musician working part time to support his studies. They also reveal that in the previous twelve months, Elijah has been treated for a mental illness.

For weeks leading to his death, Elijah appears to be suffering intense paranoia and delusions. By the eve of the shooting, Elijah’s family becomes aware their son’s mental health is rapidly deteriorating. Close to midnight, he telephones them claiming his wife, Allison, is plotting with his room-mate – a member of the Turkish mafia, he says — to murder him. He is disoriented and afraid.

Could this explain why the next day Elijah runs from the police officer – because he’s caught in the depths of hallucinatory uncertainty?

This tragic, real life shooting of a mentally ill young man is the starting point of Waiting For Elijah, a true crime book by triple Walkley Award-winning journalist, Kate Wild.

Wild’s book, written after a six-year investigation, is a forensic dissection of the crime scene with equal parts compassion and a hawk-eye for detail. Kate Wild makes it clear that she believes the tragedy did not need to happen, and what unfolds beneath the atmospheric retelling of the shooting is a deeper discussion into how society perceives and reacts towards mental illness.

It must be mentioned that Wild is an excellent writer, brandishing all the narrative techniques wielded by a novelist. There’s not a dry eye moment, nor lapses into technical/legal lingo. Written with dialogue, scene recreation, and present tense passages, Waiting for Elijah is a totally immersive treat for non-fiction and fiction lovers alike.

Any contemplation of true crime in the Australian writing scene can’t forgo mentioning Helen Garner as the primary point of comparison. Wild remains true to fly-on-the-wall journalism and self-omission — that is, until she becomes actively involved in the story, pursuing leads and family members and police officers to unearth the blood-stained bones of the matter. We recommend Waiting for Elijah unreservedly. 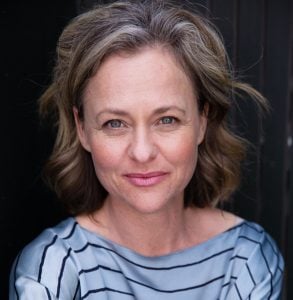 Kate Wild is an investigative journalist whose work with distinguished teams in the ABC has been recognised with three Walkley awards and a Logie. Her reports from Darwin, where she lived from 2010 to 2016, laid the groundwork for a Four Corners story on juvenile detention that prompted the calling of a Royal Commission.

Like Elijah Holcombe, Kate grew up in country New South Wales; she now lives and works in Sydney. Waiting For Elijah is her first book.

Purchase a copy of Waiting for Elijah. 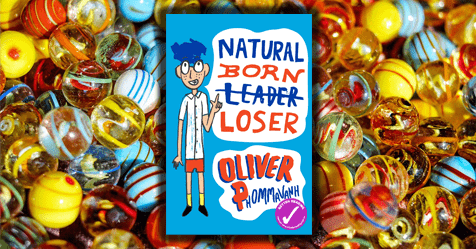 The Little Entertainer: Read an extract from Sweet Adversity by Sheryl Gwyther 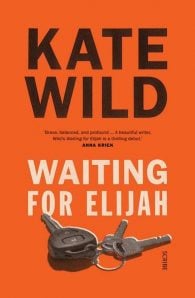 In 2009, in the NSW country town of Armidale, a mentally ill young man is shot dead by a police officer. Senior Constable Andrew Rich claims he ‘had no choice’ other than to shoot 24-year-old Elijah Holcombe — Elijah had run at him roaring with a knife, he tells police.Some witnesses to the shooting say otherwise, though, and this act of aggression doesn't fit with the sweet, sensitive, but troubled young man that Elijah's family and friends knew him to be. The shooting devastates Elijah's family and the police officer alike.So what happened in that Armidale laneway — and how could it have been avoided? Waiting for Elijah is the culmination of journalist Kate Wild's six-year investigation — an investigation that not only seeks to answer these questions, but also poses some vitally important ones of its own: Why is it still so difficult for people to talk about mental illness in a country in which one in five adults each year will experience some kind of mental-health problem? Is it fair to expect police to be first responders in mental-health crises? If the community insists this job belongs to police, how can these interactions be improved?Written with clear-eyed compassion and a compelling narrative drive, Waiting for Elijah is an account of a tragedy that didn’t have to happen. It is also an intense, forensic deconstruction of the extended legal proceedings that followed, and a heartbreaking portrait of a family’s grief. 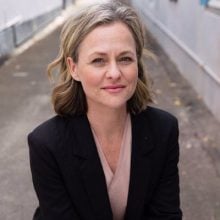 Kate Wild is an investigative journalist whose work with distinguished teams at the ABC has been recognised with three Walkley Awards and a Logie. Her reports from Darwin, where she lived from 2010 to 2016, laid the groundwork for a Four Corners story on juvenile detention that prompted the calling of a royal commission. 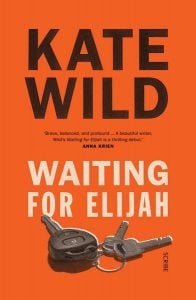