Our next Better Reading Book Club Live on October 26 at 8pm AEST will discuss The Light Between Oceans by M. L. Stedman, winner of three ABIA awards for Best Newcomer, Best Literary Novel and Book of the Year! We have two great book-lovers joining us on the couch – Author Candice Fox and publisher Beverley Cousins.

ce Fox’s first novel, won the Ned Kelly Award for best debut in 2014 from the Australian Crime Writers Association. The sequel, Eden, won the Ned Kelly Award for best crime novel in 2015, making Candice only the second author to win these accolades back-to-back. She is also the author of Fall and Crimson Lake, which will be released in February 2017. In 2015 Candice began collaborating with James Patterson. Their first novel together, Never Never, was an instant bestseller and they are currently at work on the sequel.

Before moving to Australia with her family in 2007, Beverley Cousins had twenty years’ experience of London publishing (first for Pan Macmillan and then Penguin Books UK). Following a year’s secondment with Penguin Australia, she moved to Random House as Fiction Publisher. During her career, she has published a number of brand-name authors, including Minette Walters, Colin Dexter and Nicci French, and currently looks after bestselling authors Judy Nunn, M L Stedman, Deborah Rodriguez, Nicole Alexander, Loretta Hill and Candice Fox, among others.

We look forward to seeing you for Book Club on our Facebook page, October 26 at 8pm AEST – head here for more information, or here for Frequently Asked Questions. 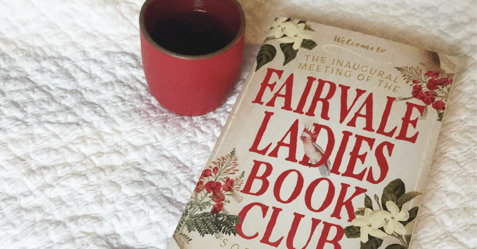 October Book Club: The Girl From Munich by Tania Blanchard 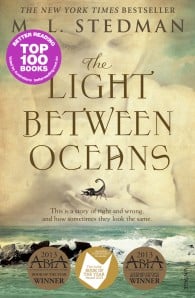 In 1926, Tom and Isabel Sherbourne are the solitary residents of Janus Rock, an isolated lighthouse in the ocean off the coast of western Australia. When a dinghy washes ashore carrying a dead man and a newborn baby, duty says they should report it. But what if they kept the child?This heartbreaking debut is a story of dilemmas, responsibilities and consequences, of how people can make the wrong decision for the right reasons – and how they learn to live with their actions.Winner of the 2013 ABIA awards for Best Newcomer, Best Literary Novel and Book of the Year#32 in  Australia's Top 100 Favourite Homegrown Reads#10 in Australia's Top 100 2016