Owning Anger: Review of Rage Becomes Her by Soraya Chemaly 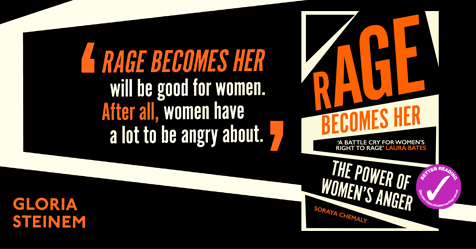 Do you remember the last time you felt angry? Maybe you read an awful news story, maybe something went 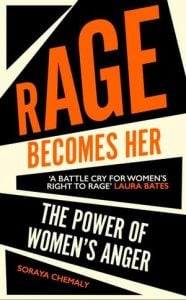 wrong at work. Regardless, think back to the most recent time. How did you react? Well, if you’re a woman, it’s likely you ignored or diverted your anger; repackaged or hid or trivialised it. Why? Because women and girls, in stark contrast to men and boys, are simply not taught how to acknowledge or manage their anger.

When women show anger in institutional and professional settings, they are met with aversion. They are perceived as hostile, less competent and less likeable. And while anger in men has to be controlled, it is still seen as a virtue, especially when it’s used to protect, defend and lead. When a man becomes angry in a debate, listeners are more likely to take his side, but when a woman acts the same way, she generally receives the opposite response.

Women’s anger is just not socially acceptable, and it’s this taboo that has led generation after generation of women to minimise and internalise their anger, processes which have both personal and societal ramifications. Unprocessed, anger fuels low self-esteem, depression and anxiety, and on a larger scale, women ignoring their anger guarantees the continued existence of a profoundly unjust status quo.

But as Soraya Chemaly so eloquently writes, time is up. We are living in a precarious age that has given women more reason than ever to be angry, and it’s high time we were all allowed to experience and productively express every emotion without being penalized – or criticized. The reality is that anger is powerful. It’s an emotion that leads to transformation and creation, and it’s one of the most effective tools women can wield against personal and political oppression. All we have to do is learn how to own it.

Rage Becomes Her is a powerful and timely new book from Soraya Chemaly, an award-winning US writer and activist whose work focuses primarily on gender, sexism and politics. Chemaly is an exceptionally skilled writer, deeply knowledgeable about her topic, and in Rage Becomes Her she has crafted an accessible, insightful, witty and thought-provoking work that will leave readers with a significantly more positive perspective on female anger.

Drawing on sociological and scientific research, as well as on personal stories and anthropological observation, Chemaly analyses the genesis of women’s anger as it relates to self-worth, pain, silence and denial, and delves deep into why we repress our rage. With so many women still scared to be angry (or scared to be seen, outwardly, as angry), Chemaly radically reframes the emotion in a way that helps women recognise its liberating and transformative power, and its potential as a tool for positive change.

Chemaly also makes some important points about the necessity of female anger in today’s world. Ignoring women’s anger, Chemaly writes, puts us at grave risk of authoritarianism and is a threat to democracy. Women’s anger must be taken seriously, must be allowed to be freely expressed if we want a just and democratic society.

For an important and truly empowering read, pick up Rage Becomes Her. We guarantee you’ll feel better for it.

Soraya Chemaly is an award-winning writer and activist whose work focuses on the role of gender in culture, politics, religion, and media. She is the Director of the Women’s Media Center Speech Project and an advocate 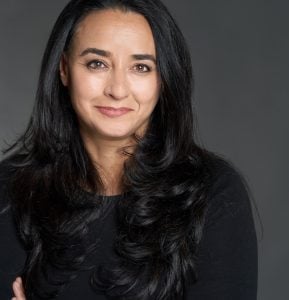 for women’s freedom of expression and expanded civic and political engagement. A prolific writer and speaker, her articles appear in Time, The Verge, The Guardian, The Nation, HuffPost and The Atlantic.

Purchase a copy of Rage Becomes Her here 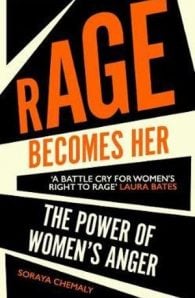 'How many women cry when angry because we've held it in for so long? How many discover that anger turned inward is depression? Soraya Chemaly's Rage Becomes Her will be good for women. After all, women have a lot to be angry about.' GLORIA STEINEMWomen are angry, and it isn't hard to figure out why.We are underpaid, overworked, thwarted and diminished. The assertive among us are labelled bitches, while the expressive among us are considered shrill. We are told to stand down when we have an opinion and to calm down when we are fired up. And when we somehow manage to put one high heel-battered foot in front of the other despite all of this, we're asked if it would kill us to smile.We are mad as hell, and that's completely okay. Because contrary to the endless barrage of self-help rhetoric about anger management and letting go, the reality is that our rage is the most important resource we have as women, a force for creation rather than destruction, our sharpest tool against both personal and political oppression. Anger is not what gets in our way, it is our way. All we need to do is own it.This is a pitch perfect, engaging, and accessible credo written by one of today's most influential feminists. Analysing female anger as it relates to topics like self-worth, objectification, pain, care, fear, silence, and denial, Soraya illuminates how and why we repress our anger, revealing the harm that this causes, and helping us recognise the liberating power of owning our anger and marshalling it as a vital tool for positive change.Just as Quiet brought about a new embrace of introversion, Rage Becomes Her will bring about an embrace of feminine anger that will leave women feeling liberated, inspired and connected to an entire universe of women who are no longer interested in making nice. 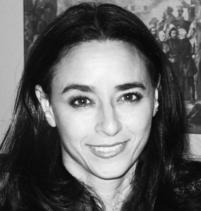 Soraya Chemaly is an award-winning writer and activist whose work focuses on the role of gender in culture, politics, religion, and media. She is the Director of the Women’s Media Center Speech Project and an advocate for women’s freedom of expression and expanded civic and political engagement. A prolific writer and speaker, her articles appear in Time, the Verge, The Guardian, The Nation, HuffPost, and The Atlantic. Follow her on Twitter at @SChemaly and learn more at SorayaChemaly.com. 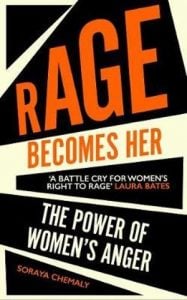