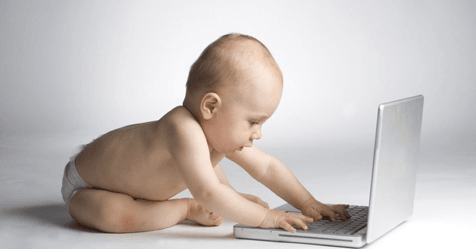 We’ve also recorded a podcast with her, which you can listen to right here:

My mother had six children. I was the youngest and when I turned two, she then started short-term fostering babies as well. Forty more children joined and then left our family over the course of many years. I’m trying to imagine how different her life might have been had social media been available back in the sixties when she first became a parent at the tender age of twenty-two.

Would she have posted status updates to Facebook along the lines of, ‘All my friends are out burning their bras and I’m just here getting breast milk on mine.’

Or in the seventies, ‘Two hour labour, no drugs and number four has arrived! Now to see if my fave flares will fit me again!!’

Or in the eighties, ‘My baby just turned two and I’m thinking about becoming a foster mum, anyone done something similar and have any advice for me? Sidenote, my eldest hates the new jacket I bought her because it doesn’t have shoulder pads!! Who knew?!’

But more importantly, what would the responses have been like? I’m guessing amongst the kind words of congratulations on her birth announcement, there might have been some like this: ‘Not all of us can give birth without drugs you know, my labour went on for forty-eight hours.’

And when it came to her query about fostering, apart from the comments of encouragement, maybe some people would have questioned her decision: ‘Look I’m sorry but, IMHO, with six children already, I don’t think you would have enough time to give those babies what they need.’

But, social media didn’t exist back then, so if she went to anyone for advice, it would have been the neighbour over the fence or another mum at the school gate. And while there have and always will be people in the world willing to share their honest opinions, chatting to someone face to face is a hell of a lot different to tapping out a comment from behind the protection (and sometimes the anonymity) of a computer screen. So, while she still may have suffered some judgement here and there, it certainly wouldn’t have been to the same degree that most mothers cop online today.

These days, parents can be judged for any and every choice that they make. And everyone has an opinion on the right way to do things. Make a comment on the wrong forum about bottle feeding your baby and you can face the wrath of an army of ‘breast is best’ advocates. Conversely, casually mention something about breastfeeding and you can be accused of shaming those who’ve chosen the bottle.

Make a throwaway comment about the cost of nappies and you risk a lecture about cloth vs disposable and how you’re solely responsible for ruining the environment. In the online world, people have a platform to share opinions on everything from controlled crying to schooling choices to tiger parenting vs free-range parenting vs helicopter parenting. If a new parent isn’t careful, they can easily find themselves lost in a sea of never ending advice and acutely aware of the fact that no matter what choice they make, someone is going to tell them it’s the wrong one.

But then on the flipside, at times, social media can be a Godsend for new mums. Having a place to chat with other women at two in the morning when you feel like you’re all alone with a teething baby who just won’t go to sleep can remind you that you’re not the only one. A kind word from a stranger or a friend on Facebook can bring you back from the brink of a breakdown because you realise that there are people out there who care about you. And while friends or family might have been only a phone call away for my Mum back in the sixties, she definitely didn’t have access to an entire network of support at the click of a mouse.

So who had it better? The pre-digital generation of mums and dads? Or the current tech savvy wave of parents? Sometimes it’s easy to yearn for a simpler time, but in truth, I think I’m okay to endure the online criticism for the pay-off of an extended network of support. 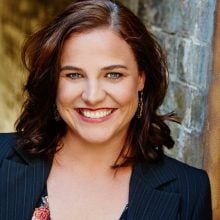 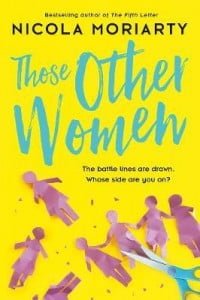 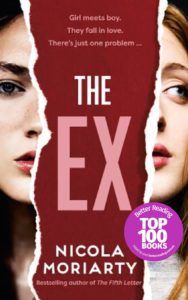