Kate Atkinson has the type of career most writers dream of. She is one of those writers who doesn’t divide… she inspires devotion in her readers, and they are fiercely loyal. They know what to expect and she delivers, book after book: multiple characters introduced early, each with their own storyline that will eventually weave together to a masterful conclusion. Taut, polished writing, often funny, often heartbreaking, always excellent. A scan of review sites such as Goodreads shows tens of thousands of 4-star and 5-star star reviews. Readers love her. And for good reason. She is that rare writer whose novels are the perfect blend of the literary and the commercial.

Her first novel, Behind the Scenes at the Museum, won the Whitbread Book of the Year Award and she has been a critically acclaimed international bestselling author ever since. 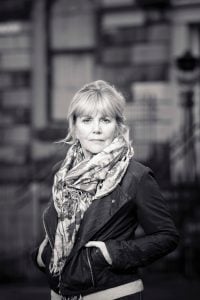 Other awards followed. Life After Life won the South Bank Sky Arts Literature Prize, was shortlisted for the Women’s Prize, and voted Book of the Year for the independent booksellers’ associations on both sides of the Atlantic. It also won the Costa Novel Award, as did her subsequent novel A God in Ruins (2015).

The Sunday Times said, ‘It doesn’t really matter in which genre Atkinson chooses to write. Her subject is always the irrecoverable loss of love and how best to continue living once you have glumly recognised that “That was what the world was like, things improved but they didn’t get better”. Her gift is presenting this unnerving and subversive philosophy as a dazzling form of entertainment’

In 2004, Atkinson wrote the first Jackson Brodie novel, Case Histories. Stephen King called it, “The best mystery of the decade”. It won the Saltire Book of the Year Award and the Prix Westminster. Three more books in the series followed with the last one published in 2010. It was then turned into a BBC television series starring Jason Isaacs as the beloved detective.

One Good Turn, another in the Brodie Jackson series, is set during the Edinburgh Festival with a cast that includes one very funny portrait of a crime writer. It has an absolute killer final page with a reveal that makes you gasp. Finally, everything makes perfect sense. This is one of her talents – seemingly unrelated events joined by invisible threads – and voila, she conjures up the final solution at the end like pulling a white rabbit out of a hat.

Now, nearly a decade since her last Jackson Brodie book, this wonderful character returns in Big Sky. It is typical Kate Atkinson: masterful, entertaining and polished. And fans won’t have to wait too long for her next book. Atkinson began writing Big Sky the day after she finished Transcription and is known to work on two novels at any given time. Great news for her many loyal readers.

Kate Atkinson is one of the world’s foremost novelists. She won the Costa (formerly the Whitbread) Book of the Year prize with her first novel, Behind the Scenes at the Museum. She has written four previous bestselling novels featuring former detective Jackson Brodie, Case Histories, One Good Turn, When Will There Be Good News? and Started Early, Took My Dog, which became a BBC television series starring Jason Isaacs. She has since written three critically lauded and prizewinning novels set around World War II: Life After Life, A God in Ruins (both winners of the Costa Novel Award), and, most recently, Transcription. Big Sky is her twelfth book. 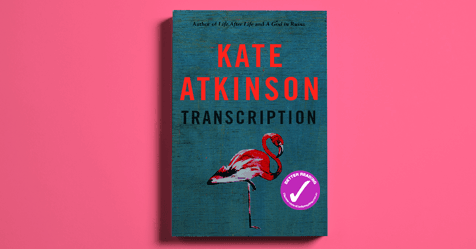 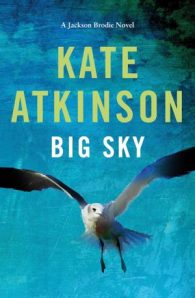 Jackson Brodie has relocated to a quiet seaside village, in the occasional company of his recalcitrant teenage son and an ageing Labrador, both at the discretion of his ex-partner Julia. It’s picturesque, but there’s something darker lurking behind the scenes.Jackson’s current job, gathering proof of an unfaithful husband for his suspicious wife, is fairly standard-issue, but a chance encounter with a desperate man on a crumbling cliff leads him into a sinister network—and back across the path of his old friend Reggie. Old secrets and new lies intersect in this breathtaking novel by one of the most dazzling and surprising writers at work today."Big Sky is a fantastic gift to readers so soon after the wonderful Transcription. Jackson Brodie is back in his fifth novel (these can happily be read as stand-alones) with his doggedly unenthusiastic teenage son at his side in a picturesque seaside village. A gripping mystery unfolds, but what glued me to the page was Atkinson’s brilliant portrayal of the ageing hero and the fallacies of the male ego she weaves into her story. For me, anything Atkinson puts her pen to is mandatory reading." – Ben Hunter, Booktopian Review 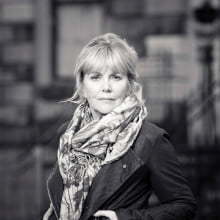 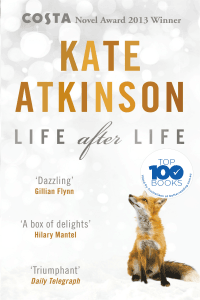 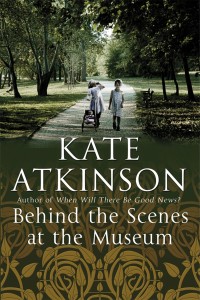 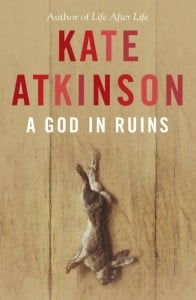 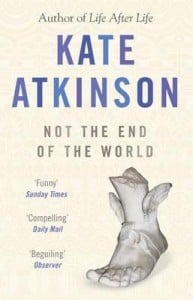 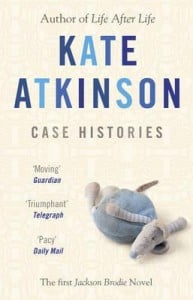 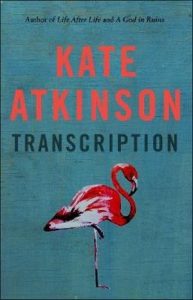 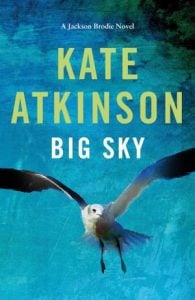