Running Away To Paris: Review of Kathleen O’Connor of Paris by Amanda Curtin At a very early age, Amanda Curtin dreamed of becoming a writer but ‘it seemed as impossible as wanting to be an astronaut or Sophia Loren.’ After working as a book editor for many years, it was while she was doing an English degree that her writing dream was reawakened. ‘So that’s what I should be doing with my life!’ 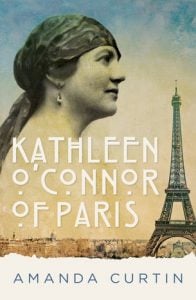 Two acclaimed novels, many short stories – and a just published non-fiction book – later, the WA author, teacher and editor, writes when she can, usually inspired by things she sees or hears about and can’t forget. A strange murder that happened in 1882 turned into her first novel, The Sinkings, fishermen’s superstitions of north-east Scotland became Elemental, and the impressionist painter Kathleen O’Connor throwing her paintings into the sea, became her latest work of non-fiction, Kathleen O’Connor of Paris.

Curtin’s books involve extensive research, foraging through archives, photographs, letters, travelling, thinking and dreaming. She was in was in her 20s when she first heard of Kathleen O’Connor, who appeared in a book she was editing. The artist’s creative, fearless and fiercely independent personality and her brilliant paintings and drawings entranced her. But it was only several years ago that Curtin decided to write again about O’Connor, resulting in her beautiful new book, Kathleen O’Connor of Paris.

It’s not hard to see why the artist made such an enduring impression on Curtin, for her story is fabulous. Born in 1876, O’Connor spent her childhood on New Zealand’s South Island, emigrating with her family to Western Australia in 1891. But O’Connor ‘never really liked the new country much,’ and as Curtin notes, this isn’t surprising. Australia was dusty and swelteringly hot, nothing like the lush green land O’Connor had left behind, and for a creative young girl deeply interested in painting and drawing, Western Australia offered little in the way of an art scene.

Buoyed by the support of her much-loved father who was a renowned engineer, O’Connor continued to follow her passion. Her diaries paint a portrait of a charming, witty, strong-willed girl, far more interested in art than in courtship or marriage. By the mid 1890s Western Australia’s art scene had begun to grow, and O’Connor developed her talent through classes and began to exhibit her works.

Then, in 1902, tragedy struck when O’Connor’s father shot himself. The death hardened O’Connor’s feelings towards her adopted home, and by 1906 she made up her mind to leave conservative Perth and journey to bohemian Paris to pursue her love of painting.

For over forty years, O’Connor lived and worked abroad. Curtin’s book details O’Connor’s move, the pages almost humming with the excitement she felt at being swept up into the bustle and glitter of Parisian life. She follows O’Connor as she makes famous friends – and loses some – and highlights O’Connor’s struggles for recognition in a city packed with artists vying for gallery representation. There are moments of triumph as well, with Curtin brilliantly recreating the scenes of O’Connor’s Paris exhibitions. The artist’s stays in bleak London during WWI and WWII are also vividly described, as is her reluctant return to Australia in the mid 1950s, where she would live the rest of her life.

Kathleen O’Connor of Paris is a remarkable book. Countless hours of archive digging through obscure newspaper clippings, art samples and letters have resulted in a vibrant yet nuanced portrait of O’Connor that brings her art, passions and adventures to life. The author’s interest and affection for the artist shines through in her writing.

And while the artist remains her focus, as Curtin retraces O’Connor’s steps through the streets of Fremantle, Perth and Paris, she explores broader ideas about art and life, raising compelling questions about artistic fulfillment, legacy and the very definition of art itself.

Although recognised as one of the most talented female Australian artists of the 20th Century, Kathleen O’Connor is not as widely known as she should be.

Thanks to Curtin, O’Connor’s wonderful story and art is finally getting the attention it deserves.

Amanda Curtin is the author of novels Elemental (2013) and The Sinkings (2008), and short story 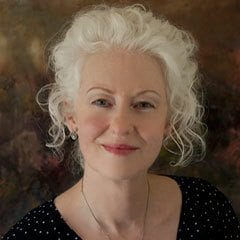 collection Inherited (2011). Elemental was shortlisted for the Western Australian Premier’s Book Awards, and in 2016 was published in the UK. Her award-winning short fiction has appeared in Griffith

Review, Southerly, Island, Indigo, Westerly, Review of Australian Fiction and several anthologies. She has also worked as a book editor for many years. Amanda lives in Perth with her husband and an opinionated Siamese cat, and works in a backyard studio among magpies, doves and old trees.

Purchase a copy of Kathleen O’Connor of Paris here 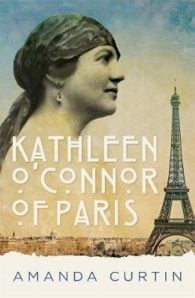 In 1906, Kathleen O'Connor left conservative Perth, where her famous father's life had ended in tragedy. She had her sights set on a career in thrilling, bohemian Paris. More than a century later, novelist Amanda Curtin faces her own questions, of life and of art, as she embarks on a journey in Kate's footsteps. Part biography, part travel narrative, this is the story of an artist in a foreign land who, with limited resources and despite the impacts of war and loss, worked and exhibited in Paris for over forty years. Kate's distinctive figure paintings, portraits and still lifes, highly prized today, form an inseparable part of the telling. 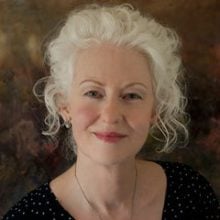 Amanda Curtin is the author of novels Elemental (2013) and The Sinkings (2008), and short story collection Inherited (2011). Elemental was shortlisted for the Western Australian Premier’s Book Awards, and in 2016 was published in the UK. Her award-winning short fiction has appeared in Griffith Review, Southerly, Island, Indigo, Westerly, Review of Australian Fiction and several anthologies. She has also worked as a book editor for many years. Amanda lives in Perth with her husband and an opinionated Siamese cat, and works in a backyard studio among magpies, doves and old trees. 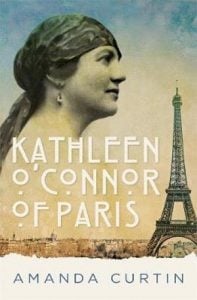