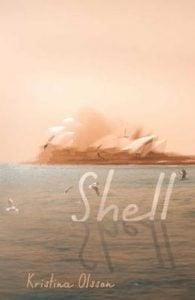 In her impressive, lovingly written new book, Shell, Kristina Olsson delivers a brilliant snapshot of the swinging sixties, a poignant story of family and of emotional upheaval, with hope running like a thread of gold throughout all that happens.

Guaranteed to awaken memories for Baby Boomers, there’s rewards aplenty for younger readers too, not only in Shell’s fine storytelling, but in its fascinating re-telling of how we arrived where we have today and of what came before – of the turbulence, wildness (following the puritanical 1950s) and the excitement of a decade that rocked change.

Pearl Keogh is one of the young women rocking change in Shell as she makes her way in the mostly male world of newspaper journalism. Seems outrageous now, but Pearl is banished to work on what used to be called the Women’s section of the newspaper – think hats, fashion at the races, home-making, recipes etc – after being photographed protesting Australia’s involvement in the Vietnam war.

For a talented young writer like Pearl who is keen to be out and about like the men, reporting on everything from crime to politics, being deployed to the Women’s department is akin to death.

Pearl rolls her own cigarettes, is delightfully bolshie, outspoken and likeable. But because of an affair she has, she is harshly judged by her colleagues, including some censorious, purse-lipped women with one stiletto still stuck in the fifties. The hypocrisy is gobsmacking.

The novel’s pace is gentle and reflective, yet delivers some highly charged emotional scenes and there’s some lovely descriptive passages of writing: ‘Sounds reached her through lace-curtained windows, thin walls: muffled conversations, music from a tinny radio, a child’s sudden cry. But when she turned the key in the back door of her flat there was silence. Just the clock in ticking darkness.’

Atonement, blame, guilt and recrimination are examined: ‘…it can be a bit self-indulgent, this self blame,’ says a character. ‘As if you’re the centre of the world, all powerful, inflicting or withholding blows. Fixing stuff…But you’re not and you can’t.’

There’s a delicate balancing act between the political – things like sexism and the opposition to conscription – and the personal, such as the way that change wrought as much hope as it did confusion and grief. Olsson turns her hand as easily to the importance of art, as she does to recording the nobility of physical labour.

Towering over everything in Shell is the construction of the Sydney Opera House and its emerging beauty: ‘The tremor of emotion as he rounded the quay and saw the sails arcing out of chaos…It wasn’t as simple as awe or even love. It was the clutch at his heart as he lifted his eyes to curves and lines. Its reach for beauty, a connection between the human and the sublime.’ And the fear and suspicion the project and its brilliant architect, Jorn Utzon generated: ‘But in this country he saw it was a kind of sport to belittle those with vision, to treat art with disdain.’

As author Gail Jones said, Shell pays homage to ‘the Sydney Opera House; not simply an icon, but reimagined as art object, aspiration, and a kind of international dream…’

Definitely not as a billboard to advertise a horse race, then. 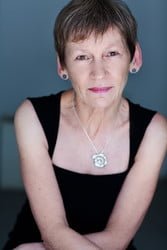 Kristina Olsson is a journalist and the award-winning author of the novels Shell, In One Skin, and The China Garden, and two works of nonfiction, Boy, Lost: A Family Memoir and Kilroy was Here. She lives in Brisbane, Australia.

Purchase a copy of Shell here 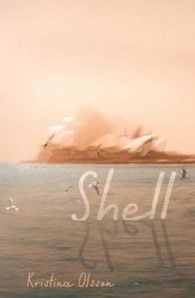 Everywhere he looked he saw what Utzon saw. The drama of harbour and horizon, and at night, the star-clotted sky. It held the shape of the possible, of a promise made and waiting to be kept ...In 1965, as Danish architect Jørn Utzon’s striking vision for the Sydney Opera House transforms the skyline and unleashes a storm of controversy, the shadow of the Vietnam War and a deadly lottery threaten to tear the country apart.Journalist Pearl Keogh, exiled to the women’s pages after being photographed at an anti-war protest, is desperate to find her two missing brothers and save them from the draft. Axel Lindquist, a visionary young glass artist from Sweden, is obsessed with creating a unique work that will do justice to Utzon’s towering masterpiece.In this big, bold and hauntingly beautiful portrait of art and life, Shell captures a world on the brink of seismic change though the eyes of two unforgettable characters caught in the eye of the storm.And it reminds us why taking a side matters. 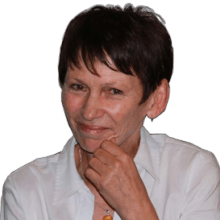 Kristina was born in 1956 and raised in Brisbane of Swedish and Australian heritage. She studied journalism at the University of Queensland and went on to write for The Australian, The Courier-Mail and Sunday Mail, the Sydney Sunday Telegraph and Griffith Review.She has also worked as an advisor to government and as a teacher of creative writing and journalism at tertiary and community level. She supervises and mentors several post-graduate writing students and also works as a manuscript assessor and editor.University of Queensland Press published her first novel, In One Skin, in 2001. This was  followed by Kilroy Was Here  in 2005 and The China Garden in 2009. Boy, Lost, a family memoir, was published by UQP in March 2013.Kristina has two adult children, as well as three grandchildren. She lives in Brisbane. 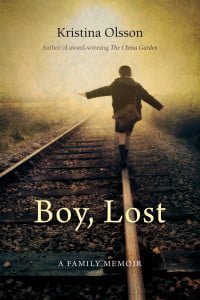