Start Reading Our Book of the Week: The Secrets She Keeps by Michael Robotham 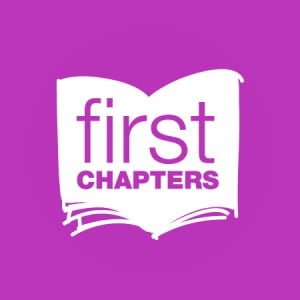 Why we love it: Plumbing the dark realities beneath the teething necklaces and turmeric lattes of the mummy-blogger set, Michael Robotham has dropped a psychological thriller deep into the heart of modern domesticity. Two women from incredibly different pasts are joined by a shared deadly secret that threatens to desolate everything they cherish and love. Each chapter pulls you closer to the twisted truths behind even the most perfect Instagram moment.

Agatha’s life is far from the Goop-style perfection of her parenting-blog idol, Meg. Between stacking supermarket shelves and avoiding her sexist boss, Agatha sneaks a chance to gaze at stylishly dressed Meg as she meets her mothers’ group at the café across the street. But now, finally, they have something in common: Meg, who already has two perfect children, is pregnant again – and so is Agatha. But will she ever get the chance to be a part of her world?

Meg’s life is far from perfect. Like “a delicate vase that’s been dropped and pasted back together”, it may look good from afar – and on her blog Mucky Kids – but up close you can see the cracks. Her latest, an ‘oops’ pregnancy, feels more burdensome than her previous two, and her sports reporter husband’s amorous interest has cooled to the level of making unhelpful remarks about her weight. But when Meg briefly encounters a pregnant shelf stacker in her local supermarket, little does she know that the two will share more than pregnancy – they both have secrets big enough to blow their lives apart.

Told in cunningly crafted episodes alternating between Agatha and Meg’s very different perspectives, Robotham has pulled off a delicate balancing act of perception versus reality. Both of his characters are – in their own way – faulty narrators of their own lives. Meg, much like her blogging persona, hides her denial behind the archly knowing style of a writer who shows just enough of the flaws, to highlight the positives. Somehow, this can feel even creepier at times than Agatha’s much more disturbed undercurrents.

Robotham ratchets up the tension with the delicacy of a master craftsman, and page-by-page, you will find yourself sinking deeper into the traps he has laid, and sending you flicking through until the final reveal.

The Secrets She Keeps winds together Girl on a Train with the suburban darkness of Big Little Lies. A thriller that smashes headlong into baby-chinos and school pick ups, this is something every literary mothers group should have on their must read list.

Before becoming a novelist, Michael was an investigative journalist working across America, Australia, and Britain. As a journalist and writer he investigated notorious cases such as the serial killer couple Fred and Rosemary West. Her has worked with clinical and forensic psychologists as they helped police investigate complex, psychologically driven crimes. Michael’s 2004 debut thriller, The Suspect, sold more than 1 million copies around the world. It is the first of eight novels featuring clinical psychologist Joe O’Loughlin, who faces his own increasing battle with a potentially debilitating disease. Michael has also written four standalone thrillers. In 2015 he won the UK’s prestigious Crime Writers’ Association Gold Dagger Award with his standalone thriller Life or Death. He lives in Sydney. 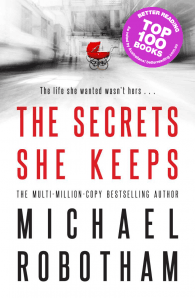 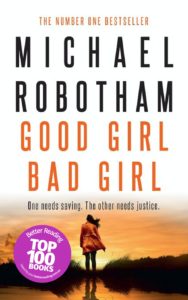