Superb Thriller To Devour: Review of The New Girl by Ingrid Alexandra Mary has had a tough few years. Her beloved parents vanished mysteriously when Mary was fifteen, and at seventeen, rudderless, vulnerable and still stricken with grief, she began a doomed relationship with a man ten years her senior. Mark drew Mary in with his compliments and charisma, but he soon became controlling and abusive, and his drinking and drug habits became habits of Mary’s too.

It was three hellish years before Mary felt brave enough to leave. One spring night, she finally packed her 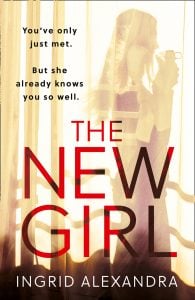 bags and crept out of the house, and weeks later found herself moving to Sydney with her best friend Cat, who was determined to give Mary a fresh start away from Melbourne and away from Mark.

Settling into her new life in Sydney, Mary is trying hard to move on. As advised by her therapist, she’s started keeping a diary and she’s drinking less. But despite her best efforts, Mary is still having nightmares about Mark, and disturbing flashbacks to a party they’d attended just before she left. Mary had been out of her mind on drugs and the night is mostly a blur, but she remembers blood on her clothes and on Mark’s – and she knows a man had been killed at that party, the murderer never found.

In a near-constant state of anxiety, Mary isn’t really thinking about making new friends, but everything changes when a new flat-mate moves in. Cat says from the start that there’s something strange about Rachel, but Mary finds a friend in the new girl. She and Rachel have so much in common – they’ve both escaped abusive relationships, for one thing – and the two girls soon grow close, with Mary confiding in Rachel secrets and thoughts she’s not even shared with Cat.

But as they grow closer, Mary realises that Rachel knows an awful lot about her – more, in fact, than Mary knows about herself. Is Rachel who she seems? Could she be connected, somehow, to Mary’s past, and can she truly be trusted? And how can Mary even trust herself, when she can’t seem to piece together the truth about that fateful night at the party?

The New Girl is a strong debut thriller from Sydney-based author Ingrid Alexandra. Alexandra creates tension from page one, and the suspense and unease we feel is only heightened through Mary’s unreliable narration. Mary says at the beginning of the novel that ‘it’s as if reality is elastic sometimes; it can expand or contract or change shape depending solely on how you view it,’ and with her anxiety, paranoia and frequent memory blanks, we soon come to realise the truth of her words: the reality Mary is describing may not be reality at all, and this pervasive sense of a shifting and unstable reality keeps us guessing and second-guessing, hooked until the end.

With its nuanced descriptions of Mary’s struggles to remember what really happened on the night of the party, and the random flashes of memory that strike when she’s least expecting them, this thriller is also a deeply absorbing exploration of the human mind, and the extent it will go to to protect us from pain and trauma.

Mary is a multi-layered and fascinating character, and her journal entries, interspersed throughout the novel, provide us with deep and compelling insight into her thoughts, her worries and the traumatic experiences of her past. The supporting characters are just as well crafted, with the enigmatic and (perhaps) sinister Rachel a particular stand out.

If you enjoyed Shari Lapena’s A Stranger in the House, or Laura Marshall’s Friend Request, we promise you’ll devour this gripping psychological thriller.

Ingrid Alexandra is based in Sydney. Her work has previously been long-listed for The Ampersand Prize 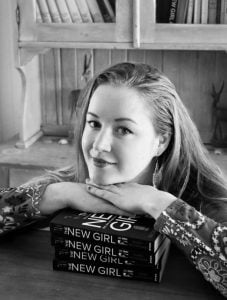 and while living in London, Ingrid had the privilege of being mentored by the Guardian First Novel Award shortlisted and Nestle Prize-winning author Daren King. The New Girl is her first psychological thriller novel.

Purchase a copy of The New Girl here 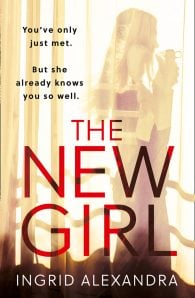 You've only just met. But she already knows you so well. When Rachel moves into the spare room in Mary's flat, everyone is quick to jump to the conclusion that there's something strange about her. Everyone apart from Mary.And when Rachel starts sleepwalking, everyone's fears grow. But there's something about the new girl that Mary can't help but trust, and having recently escaped a toxic relationship, she needs the support.Rachel becomes a friend and an ally, and Mary soon discovers that they have more in common than she ever could have imagined.In fact, Rachel seems to know more about Mary than she knows about herself... 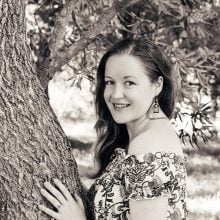 Ingrid Alexandra is based in Sydney. Her work has previously been long-listed for The Ampersand Prize and while living in London, Ingrid had the privilege of being mentored by the Guardian First Novel Award shortlisted and Nestle Prize-winning author Daren King. The New Girl is her first psychological thriller novel. 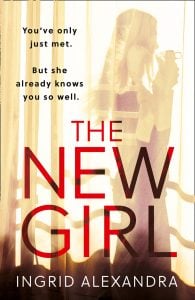 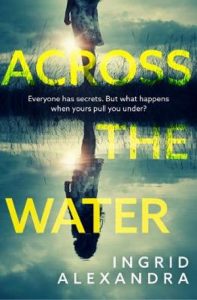