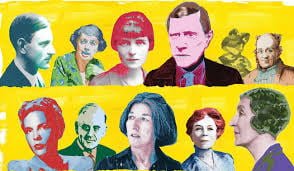 What is more important to a country’s heritage than its literary canon?

Text Publishing has ensured that many of Australia’s greatest literary works – by both living and dead authors – will reach new readers for generations.

It began with an old-fashioned idea: ‘To make great books available at a highly affordable price,’ says Text Publishing. ‘The launch generated debate about our neglect of our literary heritage, but it also encouraged the wide reading of authors ranging from Watkin Tench to Henry Handel Richardson, from Barbara Baynton to Sumner Locke Elliott.’

The Text Classics series was launched with thirty titles in 2012. ‘Since we launched the series, the Text Classics have enabled thousands of readers to discover the literature of their own country,’ says Michael Heyward, publisher at Text. ‘With their now familiar yellow livery, each title unmistakeable in W. H. Chong superb series design, these books have reclaimed their essential place in our literary history.’

Text continues to add titles to the list that features celebrated writers from Australia and New Zealand, many of them known and some who have fallen into obscurity despite the merit of their works. The series means that both domestic and international readers can discover great authors who they could have easily missed. Recent additions to the Text classics include Elizabeth Harrower, Kenneth Cook, Kenneth Mackenzie, David Ballantyne, Amy Witting and Madeleine St John.

More than 170,000 copies of Text Classics titles have been sold around the world. The bestselling Text Classic so far is Elizabeth Harrower’s The Watch Tower, with an introduction by Joan London, with sales currently nearing 20,000.

To mark the celebration of Text Classics, another long out-of-print and forgotten novel has been published: The Dyehouse by Mena Calthorpe, first published in 1961. This gem was ‘discovered’ by writer Fiona McFarlane, (The Night Guest, The High Places) at a second-hand bookstore and she has written the introduction. Now this masterly portrait of  postwar Australia, when work was being radically transformed by new industrial technologies, will not be lost and can be appreciated by new readers. Despite its publication date it’s a timely book about work and sexual politics that has timeless appeal.

‘The Dyehouse is an extraordinary book – a true ensemble novel, written with astonishing control and animated by compassionate intelligence,’ says McFarlane. ‘With its indelible Sydney setting, it deserves – more than deserves – to take its place among the great Australian novels about work, and to be celebrated as the 100th Text Classic.’

Poet and author Peter Rose, and editor of the Australian Book Review, who has a book on the list, The Rose Boys, told the Courier Mail: “It has introduced us all to writers we didn’t know about,” he says. ‘For me, a book such as Kenneth Mackenzie’s The Young Desire It was a revelation. If this project introduces you to just one classic that you didn’t know about, it has done its job.’

Text is marking the publication of its 100th Classic with events throughout the country and writers’ festivals. In addition there’s a stunning set of 100 Text Classics Postcards featuring the distinctive and beautiful W.H Chong designs, as well as a free iconic yellow tote bag featuring the inscription ‘I couldn’t ever get bored with reading’ (quoting Amy  Witting’s I for Isobel) when customers buy Text Classics from participating bookshops.

Don’t miss our live event with Text’s publisher Michael Heyward Thursday 29 September at 11.30am to find out more about Text Classics.

To purchase a copy of the 100th Text Classic, The Dyehouse, click here.

To find out more about Text Classics, visit the Text Publishing website here. 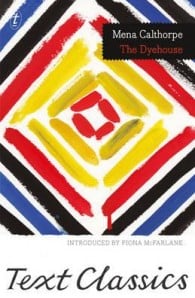 Written with unerring skill and insight, The Dyehouse is a masterly portrait of postwar Australia, when industrial work was radically transformed by new technologies and society changed with it. Mena Calthorpe—who herself worked in a textile factory—takes us inside this world, vividly bringing to life the people of an inner-Sydney company in the mid-1950s: the bosses, middlemen and underlings; their dramatic struggles and their loves.This powerful and affecting novel was first published in 1961, and is the hundredth book in the Text Classics series. The new edition comes with an introduction by Fiona McFarlane, acclaimed author of The Night Guest. Breaking their poses like trees snapping branches, the women urgently regarded each other, cleared away all signs of work in an instant, examined their souls for defects, in a sense crossed themselves, and waited.After Laura and Clare are abandoned by their mother, Felix is there to help, even to marry Laura if she will have him. Little by little the two sisters grow complicit with his obsessions, his cruelty, his need to control.Set in the leafy northern suburbs of Sydney during the 1940s, The Watch Tower is a novel of relentless and acute psychological power.

Mena Calthorpe was born in Goulburn, New South Wales, in 1905, and grew up there. After marrying, Calthorpe moved to Sydney and lived for most of her life in the Sutherland Shire. Working in office jobs and writing in her spare time, she was active in literary groups and in the Labor Party—for some years she was a member of the Communist Party, and she opposed B. A. Santamaria’s attempts to stop communism in trade unions.The Dyehouse (1961) was followed by The Defectors (1969), which dramatised unions’ internal power struggles. Mena Calthorpe’s third and final novel was The Plain of Ala, an Irish migrant story, which was published in 1989. She died in 1996. 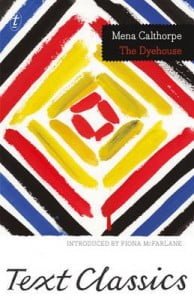 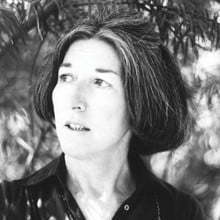 Elizabeth Harrower was born in Sydney. Her first novel Down in the City was published in 1957, followed by The Long Prospect a year later. She published The Catherine Wheel in 1960, and The Watch Tower in 1966. One of the most important Australian writers of the postwar period, her work is austere, intelligent and ruthless in its perceptions of men and women. 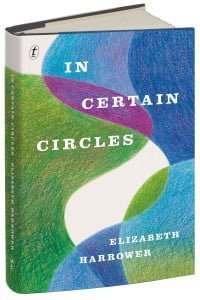