Under His Spell: Q&A with Laura Elizabeth Woollett on her novel Beautiful Revolutionary 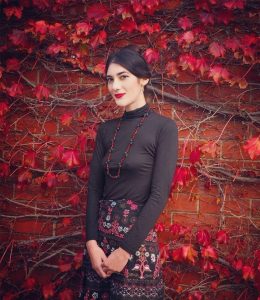 Laura Elizabeth Woollett was born and raised in Perth. In 2012, she completed an honours degree in creative writing at the University of Melbourne. In 2014, she was awarded a Wheeler’s Centre/Readings Foundation Hot Desk Fellowship and the John Marsden/Hachette Prize for Fiction. Her short-story collection, The Love of a Bad Man (Scribe, 2016), was shortlisted for the 2017 Victorian Premier’s Literary Award for Fiction and the 2017 Ned Kelly Award for Best First Fiction.

Beautiful Revolutionary is your remarkable debut novel. Can you tell us a bit about the story?

The story begins in 1968, with newlyweds Evelyn and Lenny Lynden moving to rural northern California. Evelyn is ambitious and idealistic; Lenny is a dreamy, pot-smoking underachiever. As the isolation of small-town life exacerbates their differences, Evelyn starts looking beyond her marriage for meaning. She finds it with Peoples Temple – a revolutionary church preaching socialist ideals – and its leader, Jim Jones. Evelyn begins a decade-long affair with Jones, during which she rises to power as his right-hand woman, and becomes increasingly detached from her ideals. It’s a story based on real people and events, but more generally, it’s a story about the loss of innocence, and the ways we’re haunted by our former innocence when life turns sour.

Peoples Temple has been the subject of lots of conversation and writing over the years. What drew you personally to write about it?

I first heard about Peoples Temple 10 years ago, after seeing a documentary on TV. Yet it wasn’t until I began working onThe Love of a Bad Man – my collection of stories about the wives and girlfriends of notorious bad men – that I began researching the Temple and the women closest to Jones. I was particularly fascinated by Carolyn Layton, Jones’ most trusted advisor and romantic partner from 1968 until the massacre of 1978. I was struck by how those who knew Layton before the Temple remembered her as a smart, lively young woman, while those who knew her later mostly saw a cold administrator. I was interested in Layton’s seeming absence from herself and how this tied into her fanaticism. Multiple perspectives seemed like the best way of capturing all this, and with multiplicity came an appreciation for the broader story of Peoples Temple.

Following on from this, what kind of research did you do? Did you learn anything new or surprising about Peoples Temple that maybe isn’t in the public consciousness as much?

It’s a common misconception that anyone who joins a group like Peoples Temple does so because of the leader, and is therefore personally duped by this leader’s ‘charisma’. While this was true for some (one man I spoke to described his first conversation with Jones as the most enlightening conversation of his life), others merely tolerated him, and were drawn to the Temple for different reasons; ideology, family, opportunity, desperation. Certainly, Jones had charisma, but no amount of personal magnetism can fully explain the deaths of 900 people. Our tendency to focus on the glamour of a man like Jones not only erases the humanity of his victims, but the complex, flawed, and turbulent society they inhabited. There’s so much more to the story than gullible people falling under the sway of a charismatic leader, yet this is the story that the public most often gets.

Your short-story collection, The Love of a Bad Man, received high praise when it was released in 2016. How did you find the move from writing short stories to writing a novel?

It helped that I had already read up on Peoples Temple/ Jonestown for The Love of a Bad Man, so I wasn’t starting from a totally blank slate. Originally, I conceived of Beautiful Revolutionary as a TV series, and went as far as writing a pilot and plotting out future episodes. By the time I started writing prose, I had a solid foundation of research, as well as a clear picture of the characters and overarching narrative. The novel has 10 main chapters, which I thought of as ‘episodes’ with their own three-act structures. This helped break the novel into manageable parts, and eased the transition from short story writing.

And finally, what was the last book you read that you loved?

The Millstone by Margaret Drabble. Plot-wise, it’s very simple: a young academic gets pregnant the first time she has sex, and decides (against the advice of her friends) to have the baby. It’s set in the Swinging Sixties and there’s a lot in it about class, gender, and education. More than that, though, I was drawn to the narrator, Rosamund Stacey: she was so matter-of-fact, observant, and independent, yet self-questioning in a way that felt very real. 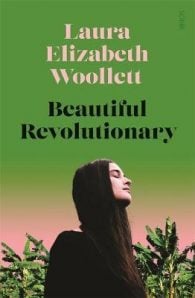 The thrilling new novel, inspired by Jim Jones’s Peoples Temple, from the author of The Love of a Bad Man.It’s the summer of 1968, and Evelyn Lynden is a woman at war with herself. Minister’s daughter. Atheist. Independent woman. Frustrated wife. Bitch with a bleeding heart.Following her conscientious-objector husband Lenny to the rural Eden of Evergreen Valley, California, Evelyn wants to be happy with their new life. Yet as the world is rocked by warfare and political assassinations, by racial discrimination and social upheaval, she finds herself disillusioned with Lenny’s passive ways — and anxious for a saviour.Enter the Reverend Jim Jones, the dynamic leader of a revolutionary church called Peoples Temple. As Evelyn grows closer to Jones, her marriage is just the first casualty of his rise to power.Meticulously researched, elegantly written, and utterly engrossing, Beautiful Revolutionary explores the allure of the real-life charismatic leader who would destroy so many. In masterful prose, Woollett painstakingly examines what happens when Evelyn is pulled into Jones’s orbit — an orbit it would prove impossible for her to leave. 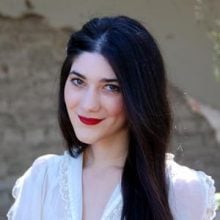 Laura Elizabeth Woollett was born and raised in Perth, Western Australia. In 2012, she completed an honours degree in creative writing at the University of Melbourne. In 2014, she was awarded a Wheeler Centre/Readings Foundation Hot Desk Fellowship and the John Marsden/Hachette Prize for Fiction, and was chosen as one of the 2015 Melbourne Writers Festival’s ‘30 Under 30’. Her short-story collection, The Love of a Bad Man (Scribe, 2016), was shortlisted for the 2017 Victorian Premier's Literary Award for Fiction and the 2017 Ned Kelly Award for Best First Fiction. 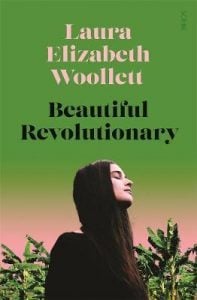