‘All things are poison, and nothing is without poison; the dosage alone makes it so a thing is not a poison.’

David Tran is the golden boy of Australian medical research. A former refugee, David arrived in Australia in the late 1970s with his mother, and after whizzing through school and graduating with top marks, he pursued a career in medicine. He excelled as a young doctor, excelled as a surgeon, and quickly worked his way up through the ranks at Melbourne’s Oxford Hospital, thanks to his faultless work ethic, encyclopaedic medical knowledge, and reputation as an all-round good guy. 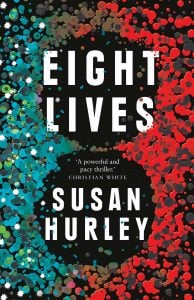 After a few years at the hospital, David decides to turn his attention to research, and he’s soon working on a whole range of exciting new projects. Then it happens: he invents a golden bullet, a wonder drug that can theoretically cure any and all immune system diseases. David calls the drug EIGHT, for luck, and teams up with a childhood friend, Charlie Cunningham, as his business partner. The pair secure funding, recruit eight volunteers for the drug’s first human trial, and seem well on the way to global fame and fortune.

But a week before the start of the human trial – the most crucial step in EIGHT’s development process – David dies suddenly, in baffling and gruesome circumstances. Everyone who knew him is suddenly forced to reevaluate: was David perhaps too good to be true? Was EIGHT just a scam he cooked up in the laboratory one day? Could he have orchestrated his own death to avoid losing face? Or did someone else murder him, a jealous associate maybe, or his business partner, Charlie? Suddenly, everyone’s motivations are under the microscope – someone must know something, and someone has to take the blame…

Inspired by a real-life ‘wonder drug’ whose first clinical trial ended in tragedy, Eight Lives is a stand-out debut thriller from Melbourne-based author Susan Hurley. Hurley has worked in medical research and the pharmaceutical industry for over thirty years, and her expertise and knowledge shine through in Eight Lives. Fascinating threads of science and medicine are woven skillfully, with the technical details of David’s research and the drug EIGHT perfectly explained, enhancing the killer plot.

While exploring the tension between the greed and commercialism of big pharma, and the far more noble interests of the medical research community itself, the action in Eight Lives unfolds through the eyes of five narrators – family, friends, and David’s business associates. Although the characters initially seem to have little in common beyond their connections to the high-flying researcher, Hurley entwines their stories deftly and as each character reveals what they know, the truth behind David’s death is gradually revealed, with Hurley keeping us hooked until the heart-stopping final scene.

Beyond its gripping exploration of the high-stakes medical research industry, Eight Lives is also a heartrending story about the refugee experience. David arrived in Australia as a young refugee fleeing the Vietnam War, and as we learn more about him over the course of the novel, a portrait emerges of a man still struggling to reconcile his childhood trauma with his privileged new life, still trying to balance his dual identities as dutiful Vietnamese son Dung, and Aussie-as-they-come David.

Whip-smart and impeccably paced, with an engrossing, heartbreaking mystery at its core, Eight Lives is a thriller with lots to say about power, class and prejudice. Highly recommended reading. 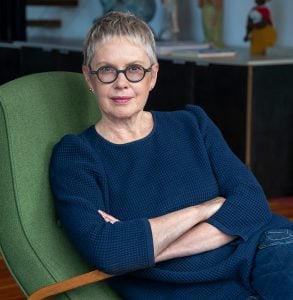 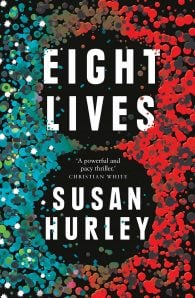 Former refugee David Tran becomes the Golden Boy of Australian medical research and invents a drug that could transform immunology. Eight volunteers are recruited for the first human trial, a crucial step on the path to global fame for David and windfall gains for his investors. But when David dies in baffling circumstances, motives are put under the microscope.With its origins in a real-life drug trial that ended in tragedy, Eight Lives is told from the perspectives of David's friends, family and business associates, who all played a role in his downfall.A smart, sophisticated thriller that explores power, class and prejudice, Eight Lives will keep you engrossed until the last page. 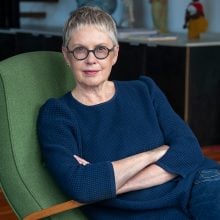