Writing About The Human Experience: Q&A with author of Half Moon Lake, Kirsten Alexander 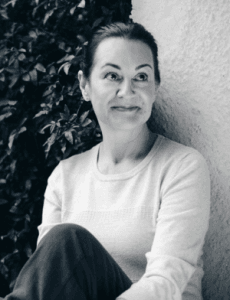 Kirsten Alexander is the author of two novels, Half Moon Lake (Penguin Random House, 2019) and Everything You Want (PRH, 2020). She is writing her third novel.

Read our full review of Half Moon Lake here

Purchase a copy of Half Moon Lake here

Half Moon Lake is about a boy who mysteriously disappears and is found two years later under curious circumstances, sending a small town into a state of upheaval. What inspired the idea behind the book?

The novel was inspired by a real-life story I encountered as a podcast. ‘The Ghost of Bobby Dunbar’ first aired as an episode of NPR’s This American Life in March 2008. I didn’t hear it then, but the episode was popular enough that they rebroadcast it in 2012. (A side note: This American Life is very early-adopter and has made its episodes available as podcasts since 2006.) That was my introduction to the story of the four-year-old, lost-then-found Louisiana boy who was claimed by two women. The podcast is terrific, but it raised so many questions: how could a woman not recognise her own son, why didn’t the boy tell them who he was, why would anyone take a child she knew wasn’t hers? I mulled over the story, read the factual telling of it written by the NPR podcast creators Tal McThenia and Margaret Dunbar Cutright (a descendant), and then at some point decided it could be an interesting novel. I had no intention of sticking to the facts – I was interested in letting my mind roam around the mysteries in the story, the parts that made no sense to me…

Half Moon Lake is your first published novel. What has been your journey to becoming a writer?

Journey is too kind. My life path is more like a dropped bowl of spaghetti I think, with writing somewhere in the mix. And I hope my messy, unorthodox way of ending up published offers solace to anyone who writes. I’ve heard about writers who’ve known their calling from a young age (I did not), studied writing (I have a garden-variety Arts degree), moving on to an MFA (nope), then methodically researched agents (I heard of my agent via word of mouth, then remembered we’d met a long time ago), sold their manuscript instantly. But I never had much of a plan. Without truly questioning my actions, I made half-baked starts on two manuscripts when I found myself between jobs, and abandoned them both. I’m appalled that I asked several people to read them. They were terrible.

My first real stab was a manuscript called Everything You Want (titled Dreams for a while). Unsure what to do with it, after I’d gone over and over it then paid for a freelance editor, I entered it in two competitions: in one I was given an unofficial nod of High Commendation (the Victorian Premiers Literary Award); in one I was shortlisted (PEN America’s Bellwether Prize for an unpublished manuscript). Sometime during a late-stage draft, at a friend’s suggestion, I’d gone to my only writing class, in Canada. In retrospect it was odd to travel so far, but I like to travel, and the Banff Wired Writing Studio was wonderful, allowing me to work with a novelist mentor called Alissa York. This manuscript landed me my agent Jacinta Di Mase but, despite her best efforts, the story didn’t find a home.

Meanwhile, I worked as a copywriter, dived into side projects (I made three volumes of a digital journal called Open Field), travelled, raised two sons with my partner Dave, and wrangled my two dogs.

For reasons I don’t fully understand, other than a lifelong streak of illogical persistence, I wrote another manuscript. This one became Half Moon Lake. It took years. In its original form, the few people in Australia and the United States who looked at it agreed it would never be published. It was a braided story of 1913 and 2013, and included photos, song lyrics and quotes from books I liked. A savvy reader in the United States suggested I untangle the historic story from my odd manuscript and focus on that. So I unpicked the forty-thousand words of historic story, put it in a Word doc, and started researching… I’ve kept the modern story though, and am working on that now, minus the photos. Along with a novel set in England 2018.

Your book, whilst classified as contemporary fiction, draws upon real life events. What was the research process like for Half Moon Lake?

A joy! First and foremost, I’m a reader. So after I heard the NPR podcast, I read A Case for Solomon, the nonfiction account written by the podcast creators. I then put their book aside (literally put it in another room), and began reading about life in America in the mid-1910s. About which I knew almost nothing.

I read wide and deep, about topics from the Civil War to the bird life of Louisiana, Jim Crow laws to women’s suffrage to the early years of the First World War to Southern music and cuisine. I read fiction from the time: Edith Wharton, D.H. Lawrence, Jack London and Mark Twain. And nonfiction: Scouting for Boys, and books about the era such as Florian Illies book 1913: The Year Before the Storm. I read old newspapers and magazines that I found online, too. (If you find yourself in need of design inspiration, look up old Holiday magazines. If you need an education about racism in America’s South, read The Crisis.) I watched more silent films than I needed to, and revisited Gone With the Wind with fresh eyes. And while I know the Internet can be a terrible place, I can’t imagine how much more time-consuming it would’ve been to research what people wore and drove in 1913 America, how much they earned, what the laws of the day were, without my computer. I’m not an academic or historian but between print, film and internet archives I felt saturated in the era, and fascinated by it. I spent hours reading about things that amounted to no more than a single line in the book – and I don’t regret a minute of it! (Google a list of the things that were invented in the 1910s – mind-blowing.)

The book deals with themes of loss and trauma at both an individual and community level. What was it like as writer to explore such heavy themes? What did you learn?

I’ve recently reread Shirley Jackson’s We Have Always Lived in the Castle, Hilary Mantel’s Beyond Black and Ian McEwan’s On Chesil Beach. And while I’d recommend all three, they’re not happy books. They deal with murder, grief, rejection, mental and physical scars. And I think I could’ve mentioned another three books and said roughly the same thing. Because any fictional exploring of life, regardless of place or era, is going to include light and shade, joy and hardship, love, conflict. Even comedies often have a dark underbelly. And reading the newspaper can be as confronting as the bleakest novel. That’s the human experience. We’re complicated. I haven’t had to deal with the exact challenges of the characters in Half Moon Lake (or in Jackson’s, Mantel’s or McEwan’s books), but I’ve lived through other versions of difficulty. So as a writer I called on what I’ve known and – much more importantly – I tried to empathise, to imagine how it would feel to lose a child, to worry about your spouse’s state of mind, to fear for your life. I already knew, but was reminded, that people have had to endure every kind of challenge. They shouldn’t have to, but they do… It’s a blessing to be allowed to walk in someone else’s shoes via fiction. It teaches compassion. It’s one of the ways you know Obama is a reader and Trump is not.

What was the last book you read that truly, sincerely moved you?

Katherine Boo’s nonfiction book about life in a Mumbai slum, Behind the Beautiful Forevers. I read it years ago but it’s stayed in my head in a way no other book has. I understand the negative reaction when I recommend this book to friends (and I recommend it insanely often): people don’t want to read about hardship and suffering. But this is a page-turner, beautifully written, and with a huge thumping heartbeat. You meet a teenager, a mother, a family and walk with them through their days. You see the city around them, learn about their beliefs, their crushing losses, their hopes, all through the eyes of a reporter who lived in Mumbai for three years. It’s amazing. I’d say life-changing but I’ve seen the eye rolls when I do that. (But seriously, life-changing.) 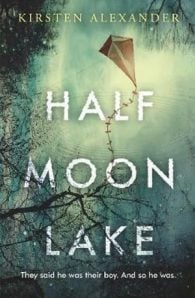 Inspired by a real case, Half Moon Lake is a captivating historical novel set in America's Deep South about a lost boy - and the two mothers who both seek to claim him.'They said he was their boy. And so he was . . .'In 1913, on a summer’s day at Half Moon Lake, Louisiana, four-year-old Sonny Davenport walks into the woods and never returns.The boy’s mysterious disappearance from the family’s lake house makes front-page news in their home town of Opelousas. John Henry and Mary Davenport are wealthy and influential, and will do anything to find their son. For two years, the Davenports search across the South, offer increasingly large rewards and struggle not to give in to despair.Then, at the moment when all hope seems lost, the boy is found in the company of a tramp.But is he truly Sonny Davenport? The circumstances of his discovery raise more questions than answers. And when Grace Mill, an unwed farm worker, travels from Alabama to lay claim to the child, newspapers, townsfolk, even the Davenports’ own friends, take sides.As the tramp’s kidnapping trial begins, and two desperate mothers fight for ownership of the boy, the people of Opelousas discover that truth is more complicated than they’d ever dreamed . . .Half Moon Lake is Kirsten Alexander’s compelling debut novel, about the parent-child bond, identity, and what it means to be part of a family. 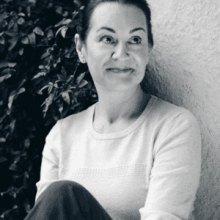 Kirsten Alexander was born in San Francisco, raised in Brisbane, and now lives in Melbourne with her partner and two sons. Half Moon Lake is her first published novel. 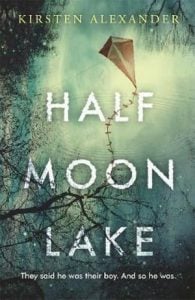 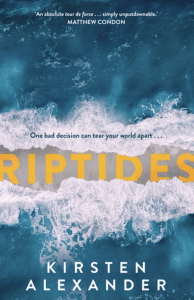