Author and former editor of Harper’s Bazaar Alexandra Joel talks to Cheryl about her editorial career, the success of her latest book, The Royal Correspondent, and why women are often held to a higher standard.

Alexandra Joel is a former editor of the Australian edition of Harper’s Bazaar and of Portfolio, Australia’s first magazine for working women. She has also contributed feature articles, interviews and reviews to many national and metropolitan publications. Her first novel, the bestselling The Paris Model, was published around the world, including in the United States, Canada, Germany and Romania. Alexandra’s memoir, Rosetta: A Scandalous True Story was optioned for the screen by a major US-owned production company. She is also the author of Parade: The Story of Fashion in Australia and Best Dressed: 200 Years of Fashion in Australia. With an honours degree from the University of Sydney and a graduate diploma from the Australian College of Applied Psychology, she has been a practising counsellor and psychotherapist. Alexandra has two children, lives in Sydney and regularly visits London with her British-born husband. Glamour, Romance and Espionage: Read an Extract From The Royal Correspondent by Alexandra Joel Alexandra Joel's The Royal Correspondent is, Quite Simply, Fabulous 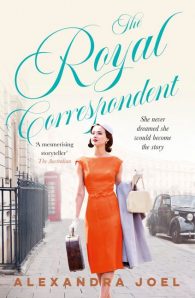 Success would depend on taking a dangerous risk. When Blaise Hill, a feisty young journalist from one of Sydney's toughest neighbourhoods, is dispatched to London at the dawn of the swinging sixties to report on Princess Margaret's controversial marriage to an unconventional photographer, she is drawn into an elite realm of glamour and intrigue. As the nation faces an explosive upheaval, Blaise must grapple with a series of shocking scandals at the pinnacle of British society. Yet, haunted by a threat from her past and torn between two very different men, who can she trust in a world of hidden motives and shifting alliances? If she makes the wrong choice, she will lose everything. Inspired by real events, The Royal Correspondent is a compelling story of love and betrayal, family secrets and conspiracy that takes you from the gritty life of a daily newspaper to the opulent splendour of Buckingham Palace. 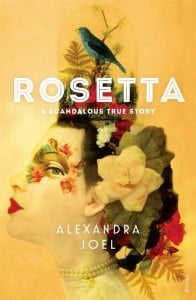 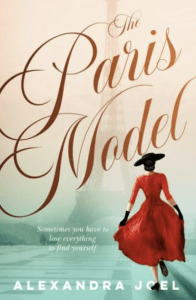 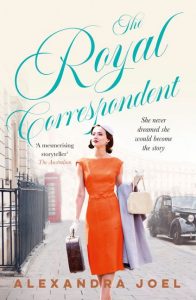