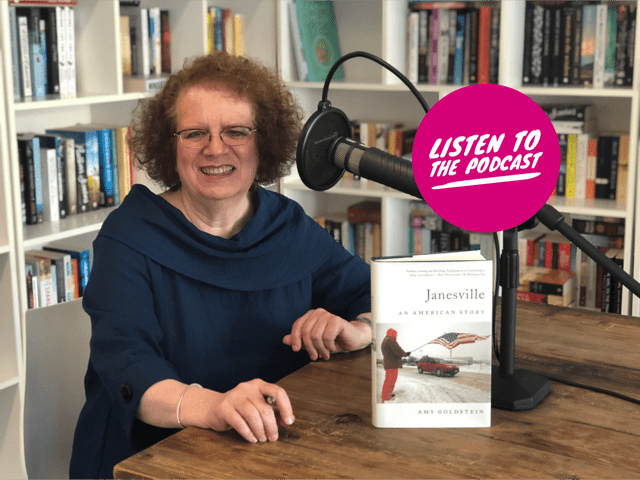 American writer Amy Goldstein joins Cheryl Akle to discuss her 2018 book, Janesville, a compelling and insightful portrait of one town in America’s heartland, struggling to regain its footing after the closure of its General Motors plant in the wake of the 2008 financial crisis. Together, Amy and Cheryl discuss the hollowing of the American middle class, the decline of the American Dream, and what Amy learnt from her time in Janesville. 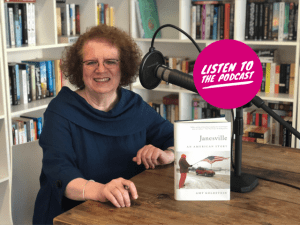 During her three decades as a staff writer at The Washington Post, Amy Goldstein’s journalism has taken her from homeless shelters to Air Force One. She relishes a good breaking news story as much as an in-depth investigation. She is especially drawn to stories that lie at the intersection of politics and public policy and explore the effects of both on ordinary people. Janesville, An American Story, her first book, reflects that.

Amy currently is The Post’s national health-care policy writer, the newspaper’s main reporter covering the Affordable Care Act and Republican efforts to dismantle it. She has written about an array of other social policy issues: Medicare, Medicaid, Social Security, welfare, housing, and the strains placed on the social safety net. During the presidency of George W. Bush, she was a White House reporter, with an emphasis on domestic policy.