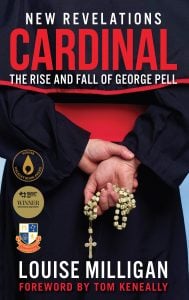 Cardinal George Pell was Australia’s most powerful Catholic, jailed in March 2019 for child sexual assault. To coincide with Pell’s failed appeal, Better Reading has decided to immediately release our podcast with Award-winning investigative reporter, Louise Milligan. This is a fascinating, powerful and timely conversation between Cheryl Akle and the author of Cardinal: The Rise and Fall of George Pell. This podcast explores the culture of entitlement and bullying that allowed the abusers, Pell included, to get away with their crimes for far too long. Louise and Cheryl also delve into the tragic stories of the victims, highlighting the life-long impact of their childhood abuse. Louise Milligan is an investigative reporter for the ABC TV Four Corners program. She covered the Royal Commission into Institutional Responses to Child Abuse. Her exclusive stories for the ABC TV 7.30program on the allegations against George Pell won her two Quill Awards from the Melbourne Press Club, including the Gold Quill for best story of the year, the highest honour in Victorian journalism. For this book, in 2017 she was awarded the Walkley Book Award and the Sir Owen Dixon Chambers Law Reporter of the Year Award. In 2018 Milligan was shortlisted for the Australian Book Industry Awards Small Publishers’ Adult Book of the Year, Highly Commended in the Non-Fiction category for the Davitt Awards and won the Civic Choice Award for the Melbourne Prize for Literature. Milligan is Irish-born and was raised a devoted Catholic. 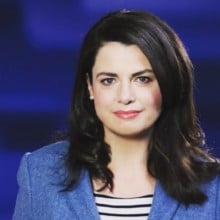 Louise Milligan is an investigative reporter for ABC TV's 7.30 and Four Corners. She has covered the Royal Commission into Institutional Responses to Child Abuse. Milligan is Irish-born and was raised a Catholic. 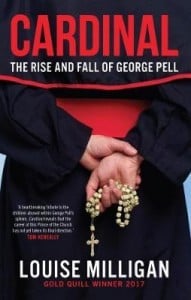