Podcast: Drama in the Air with Richard de Crespigny This week Cheryl is joined by pilot and best-selling author Richard de Crespigny to discuss his latest release Fly! – Life Lessons from the Cockpit of QF32. Together they discuss the ways in which humans react to fear (in the context of flying, both as a passenger and a pilot), and how much of this fear is irrational and can be overcome by changing the way we think and understanding more about the ways in which aircrafts operate.

Melbourne born and educated, Richard Champion de Crespigny AM got his first taste of a future flying career as a 14-year-old when his father took him on a tour of the Royal Australian Air Force (RAAF) Academy at Point Cook in Victoria. In 1975, aged seventeen, he joined the RAAF. One year later, he started flying. During his 11 years flying transport, jet and helicopter aircraft with the RAAF, he was seconded as Aide-de-Camp to two Australian Governors-General – Sir Zelman Cowen and Sir Ninian Stephen. Richard remained with the RAAF until 1986 when he joined Qantas, flying Boeing 747, Airbus A330 and A380 jet aircraft.

In 2010 he was the Captain on board Qantas flight QF32 when it suffered a catastrophic explosion. His multi-award-winning and best-selling book QF32 is a blow-by-blow story of what went right when things went wrong in the air.

In the 2016 Australia Day Honours, Richard was made a Member of the Order of Australia (AM) for his significant service to the aviation industry, both nationally and internationally, particularly to flight safety and to the community. 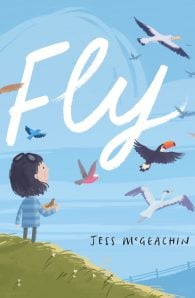 Fly is a beautiful story of determination no matter the odds, and love in the face of loss.Lucy had always been good at fixing things, and Dad needed a bit of help. It was just the two of them after all. So when Lucy finds a bird with a broken wing, she’s sure she can fix him too. But not everything that’s broken can be fixed. 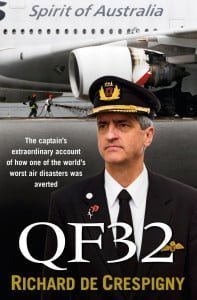